So I had a long journal entry, and at the end of it I was going to post a piece of art I finished with it. Well, the file was too large. :') I lost my progress on my journal entry because I forgot to save it like a big dumb. So here's a condensed version:

Didn't wake up late! Yay! But I took a nap so boo.

My only nephews first bday is tomorrow. I bought him a stuffed dinosaur because it's adorable and what 1 year old doesn't love those?

I bought a new art program last night! Well, new for me anyway. ClipStudio Paint! I used it to finish up a MerMay piece I've been working on! Didn't work on my commission because it's saturday, but my client is thrilled so far!

May draw later, may play video games later. Which to do which to do. Probably draw. Need to draw She-Ra fanart!! Now lets see if I can post this image!

I drew fanart of Chihiro and Haku from Spirited Away, but with Chihiro as a mermaid for the MerMay!

Edit: It's a screenshot because my file was too large :') 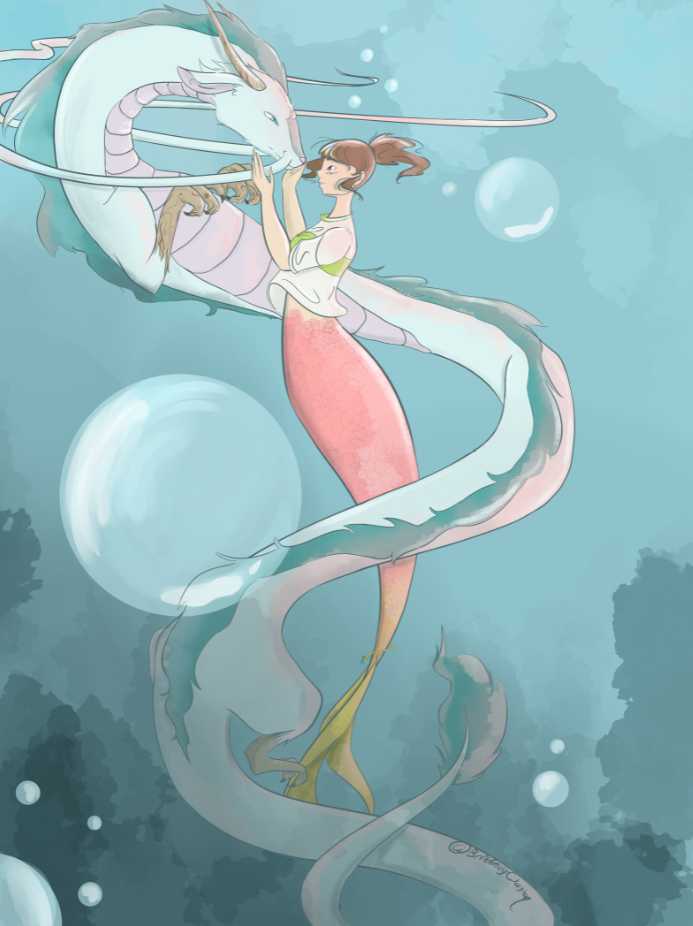 Your picture is lovely :)

Sorry about that error, we updated the file upload limit to be 35mb (previously it was 5mb) so now you should be able to upload most pictures without constraint.

@AYearAgoToday Oh! I wasn't expecting that to be taken care of. Thank you so much! That's so sweet!