13:32: Randomly wanted to do bake Muffins and bring them Christoph, we have not enough butter/margarine. Now we have to go shopping so I'll do that on Monday. Then I wanted to order a surprise Pizza for dad but it didn't work for some reason.

And we need to clean the bathroom today... But I don't know which part.

Chirtoph sent me the results from Thursday and they're good :)

17:06: Mom, my sister, my little brother and I went to the playground. There my sister took panorama photos. Then we went to Penny but I needed to go to the toilet... I could take the shorter way on the way back. There were two people looking for something, so I asked, despite my urgent matter. When I was finally home, I was a bit worried I told them the wrong thing. The bus thing here is a bit confusing, because it is a circle here. But for a few years now the Bus had also got a second route that doesn't contain the bus stop I told them. But as they wanted to go the other direction it's fine. Later my sister told be that the bus doesn't take that route on saturdays. Also, a year ago or so, i don't even know when, but one stop was also canceled. I don't know where they updated it, but at least my mother told me that one was out of service. But sometimes I still see people there, and I don't think all bus drivers would be like, that's not on the plan, if they know the route. And this circle is used for both directions. So the bus number 626, no matter if to this city or that, will go to these few stops. As I'm rarely using that stop I'm not used to looking where the bus is heading to. Once my friend and I took the wrong one... We noticed it luckily and could run to the stop that's out of service now. Actually, how can you even get to know that? Is there an information portal somewhere on the internet? Because I didn't even get to know the Bus to Lennep wasn't driving there if mom wouldn't know...

21:20: I started to draw a baking picture, then my sister sent me a picture she drew saying donut's are ready and so I sent my unfinished one three minutes later saying, I'm still baking. She was suprised how I managed to draw it so fast as she didn't know I was already on it for some time :laugh: .

When I was finished I noticed I did the batter wrong. According to what I drew there should be 250g Butter, 250g Sugar and 1/3 eggs in it. That's not much, only the flour gives it the volumne I drew. But then also what would be wrong, I'd never use a whisk because that takes too long and would be too exhausting. But it looks nicer. 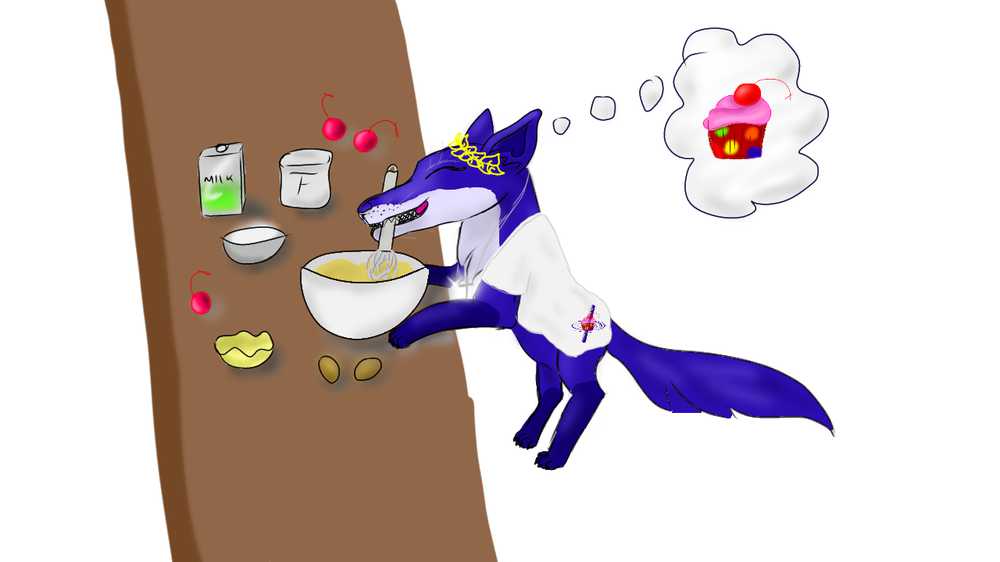