16:34: I was focused on the GameProject so that I was surprised why so suddenly someone would call me per Skype.

Of course, I had agreed to meet with Lea at 13:00. I was the one suggesting that time. This morning I knew it.

I can't believe it, I just finished the last Project!!!

Stephanie will tryy out the code of 10.2 tomorrow. I can't try it out that code, as I couldn't build a Controller that functions properly.

The projects were so much fuuuuuunnn....

I unknowingly did the second task, it was that you can play the game with just A & B. I did that to try out if it works in general, because of the Controller issue. But I did the other task anyway, to build in effects, like she suggested two days ago where I had read the wrong lines and was still on project 9, block, teleport and invisible.

I tried to create a super shot, teleport to a random place and block. I hope what I did works that way.

For the super shot it should be like in most games one up and two diagonal ones, but as I suppose that would require more lines, I did it that it shoots three, one in front and one left and one on the right.

I just copied the code and where the X coordinate is i put X+1 and X-1, as it fetches the position of the ship.

Stephanie asked if I wanted to try out the Blender Project. Of course I said Yes!

I already downloaded the "app" days ago to avoid having trouble when I start. It is a bit older version, but maybe it won't differ that much. If it does I need to ask mom if I can use hers.

But yeah, it's bedtime. I don't want to sleep late and then don't get a thing done.

Mom wants to go to the playground tomorrow, so I better go to sleep.

As for the project: She had the same version as I have, 79b . I was desperate because there was one step that did not work. Turns out, I didn't have to select all, 'cause then it duplicates... But I watched the video, like, three times or more...Straaaange.. But I got it at the end. Only one little thing didn't work, but she wrote I should experiment a bit with it and also use alt, so I'll do that.

But now it's time to get ready for bed and finish all daily tasks I can do.

I guess next month no instrument challenge again for me, huh.... 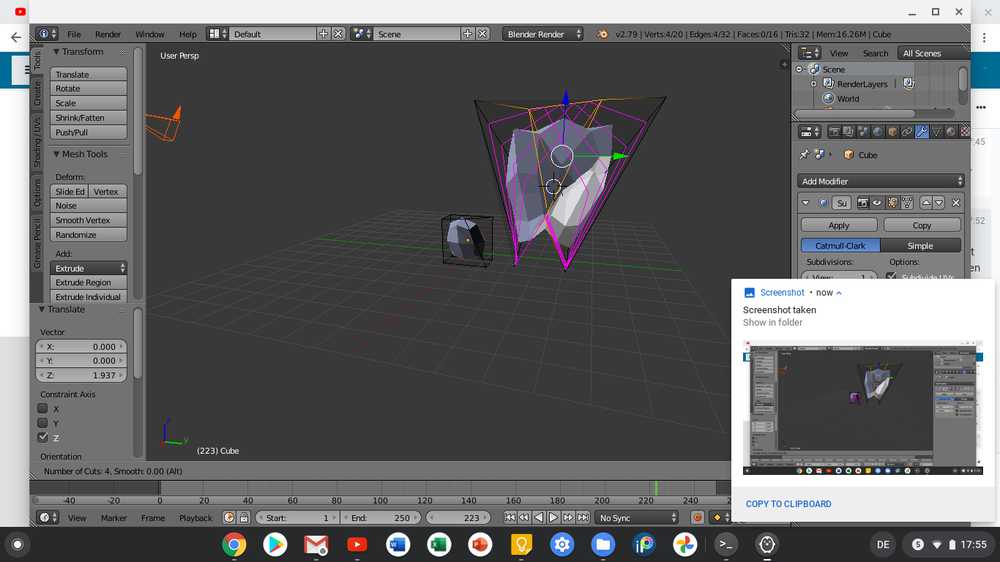 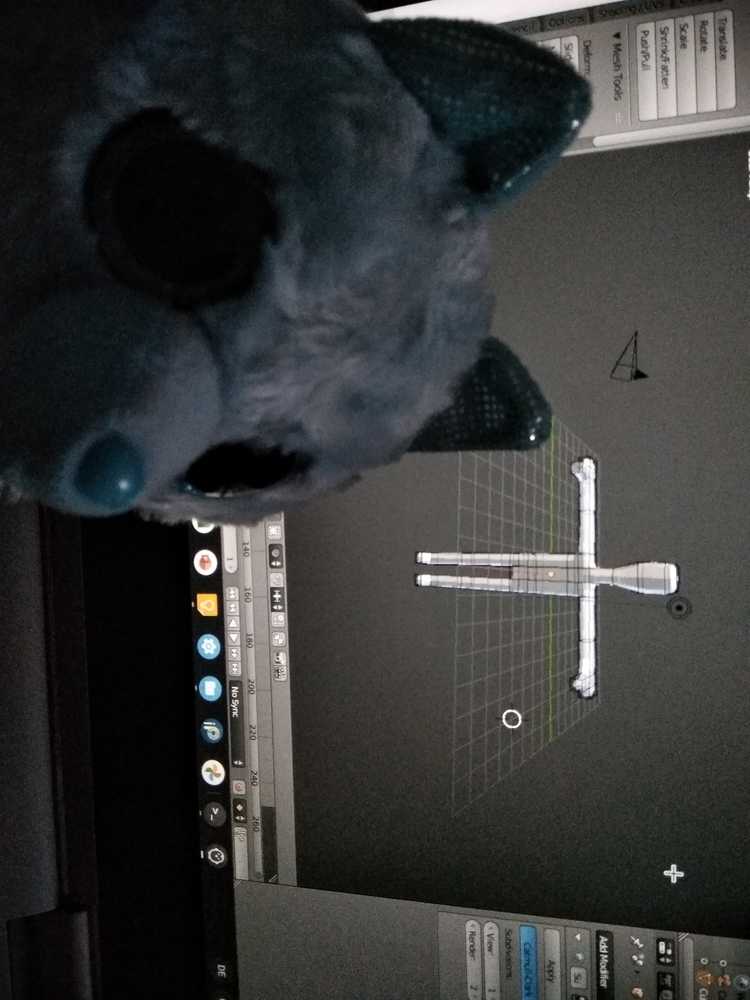