19:54: I did the next Blender Project: inserting bones and doing animations. The task to it was to do a wave animation. That wasn't hard.

Of course I went on to apply my newly acquired knowledge to the fox figurine I'm doing parallel to it.

The pre-registered animals only had a wolf that kinda had the shape I needed. The head didn't fit entirely, but in the end I somehol managed to fit the bones in. Except the tail, that looks strange. But I thought, maybe that won't be that of a big problem.

Just: the ears are stuck to the air. Or, the top of them are. I have no idea why or how to fix that. I looked at that weigh thing and there they were completely covered...

I sent it to Stephanie now. And did some video I'm sure my mom will laugh when watching that :)

She laughed when I first started and had a Problem and had moved it somehow, so now she should laugh as well. At least, I think it looks funny.

I like the blue colour of the weight thing. Oh, and at the beginning I found some clay thing. I couldn't do exactly what I wanted, but at least make it a little bit better.

Just, I tried to make feet. The front paws are okay, very simple as I couldn't get those lines into it, didn't even try to do claws. But the back paws... I thought it looks strange so I un-did it but somehow managed it to be there again? I don't know,... Just, those look like fingers with nails... 😅

I played a bit of ACNH and Spyro - the new trilogy my sister bought for 20€ instead of, whatever it was.

Tomorrow I have an appointment...

Nachtrag (24.07.2020): Stephanie looked at it, created a new skeleton to it and created the animation called "idle". I really like that one :D 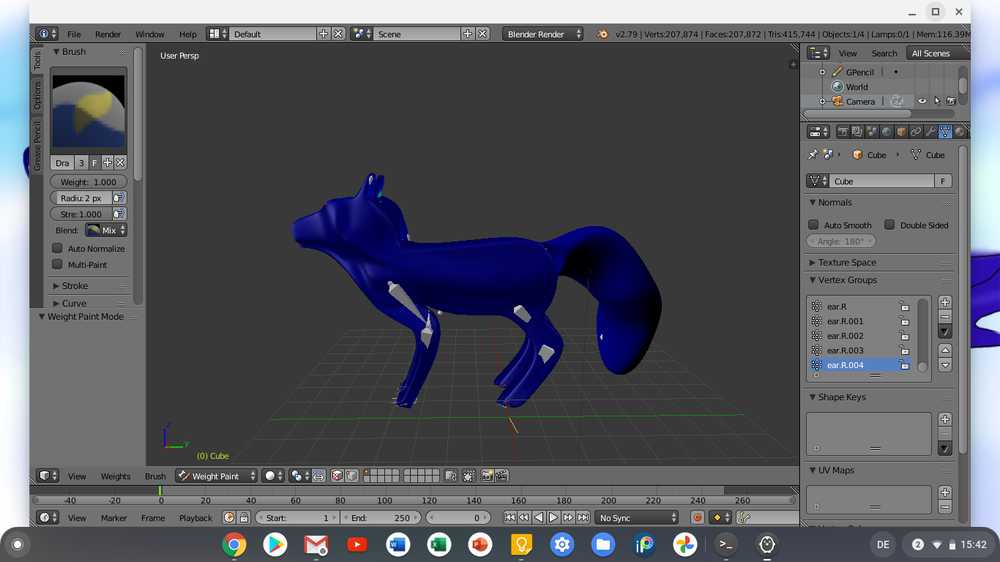 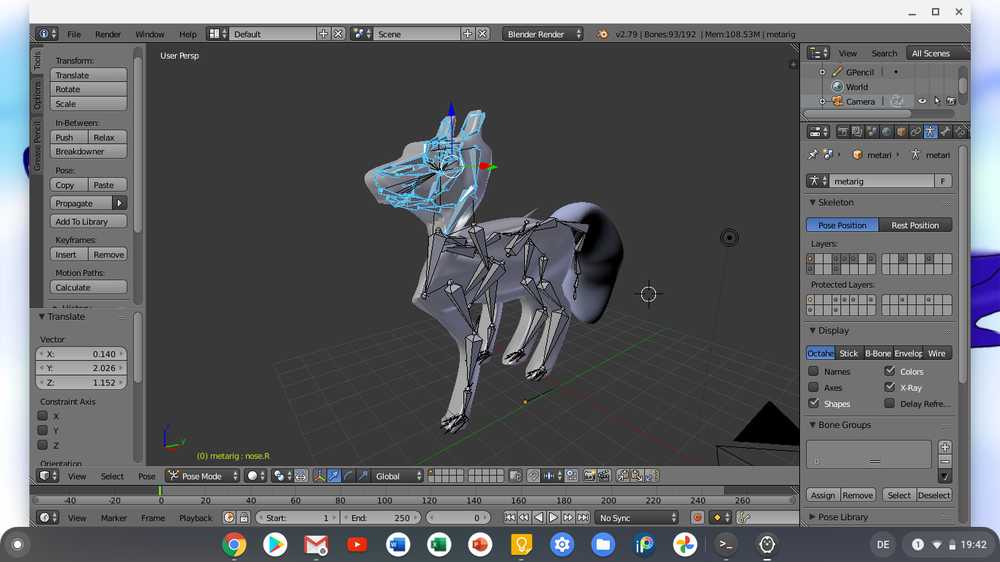