Used Items Are Getting Expensive

Today has been a pretty alright day so far, I haven't really done anything productive except go to the car dealership to get my state inspection done. Normally they charge $20 for it, but since I told them that it was scheduled it for last week I had to come back here again, I think they waived the fee. I think they already did the test last week and just forgot to replace the sticker. I only got to walk about 2000 steps before I went back to the dealership, they told me it was only going to take 10-15 minutes so I didn't walk that far.

Anyway I reset everything on my Mac Mini today. It's because it's been a few years since I last turned it on, and I had no idea what a lot of the apps and other things were on there. There were also a bunch of outdated apps that I had to uninstall, and I was like, it's better if I just reset the entire thing, so that's what I did. I also shopped around for some Macbook Pros on ebay and yeah none of them were cheap. Even freaking laptops from 2013 were selling for over $500.

The worst part though is that if I just do a search for "Macbook Pro" all the computers on the first page are basically from 2010-2012, but the random online consumers don't know that. The listings have deceptive titles like "MacOS 2019" which just means the OS is from 2019, not the computer itself, and they're paying $800 for those machines. I think they're just being scammed. These listings have sold hundreds of Macbook Pros too, not just a small amount, but a lot.

Another thing I noticed is that there was this computer I bought 3 times last year, I mean I bought the same model computer 3 times. One was for myself, and I liked it, so I gave one as a gift to my dad, and then a third one was purchased for a gift to some other relative. Guess how much I bought the computer for? I bought it for $220 (for myself), $170 (for my dad), and $130 (as the gift to the other relative), all the same specs just different prices based on timing. So on average I bought each for about $170 and it was cheap. Cool right? Well I just did the same search this year for the same computer and specs, and the cheapest one I found was for $300, with the average being $400, and some being over $600. Like WHAT. That doesn't make any sense.

I think everyone staying indoors more has shifted the market and increased the demand for computer products that even old computers are becoming expensive. They're not super expensive, but they're not cheap either. Also I just looked online and even the worst of the worst computers are selling for over $500. Previously the worst of the worst computers sold for under $200, but I'm not seeing any computer below that price. Any decent computer is selling for over $1000 now, there's not any cheap affordable ones that I'm seeing. That's crazy. At that price point I'd honestly rather go for a Macbook Air or a Macbook Pro 13" because at least those are actually good.

Also I noticed bikes are expensive now too. There ain't no bikes selling for under $500 now. Even freaking bikes from 2001 are selling for over $9000. It used to be that used bikes would sell for about 1/10th their purchase price after a few years, but that's not happening anymore. Of course there are still some decent bikes selling for under $1000, but I'm saying all the old bikes that were bought for $3000 in 2010 you'd expect it to sell for $300 last year, but that's not the case anymore today.

I'm back home now after my 10k steps walk. It was a decent walk I guess. I encountered that golf ball again which flew out of the golfing range, and I have it pictured here. It is basically cracked in half after flying nearly double the distance of the range, and also obviously going up an extremely high vertical distance, and then landing on the sidewalk. Should I start wearing a helmet as I walk by here? I actually encountered a different golf ball also outside of the range today too, it was on the grass though and wasn't cracked.

Also I would say it's very hard for most people to get a ball outside of the range like that. I mean, I don't know the exact height of those nets there, but they're very tall, and the distance too is quite far. I have never hit the back net once after playing there 3 times, although I got close a few times I guess, and there was a professional that came by that was able to hit the back net each time. But hitting it out the net and then going double the distance of the entire range after that? That is just so much harder.

As I walked by this golfing range, I literally walked with my hands covering my head, as I did not want a stray ball to randomly kill me. The place was unexpectedly packed today too, lots of cars in the parking lot and so on. Due to people daring each other to do things and getting drunk, I would not be surprised if people started playing a game to see if they could hit the person walking on the sidewalk outside.

Anyway it was a pretty decent walk. I think for the rest of tonight I'm just going to be trying to solve at least 1 problem, and maybe studying a bit. That was pretty much my day today, nothing much happened. Tomorrow I'll catch up on my logs, work on 1 homework assignment, solve 1 problem, and then walk another 10k steps outside. Tomorrow I'll try to do all of that in the morning, if possible. It should be possible. We'll try it and I'll write about it. 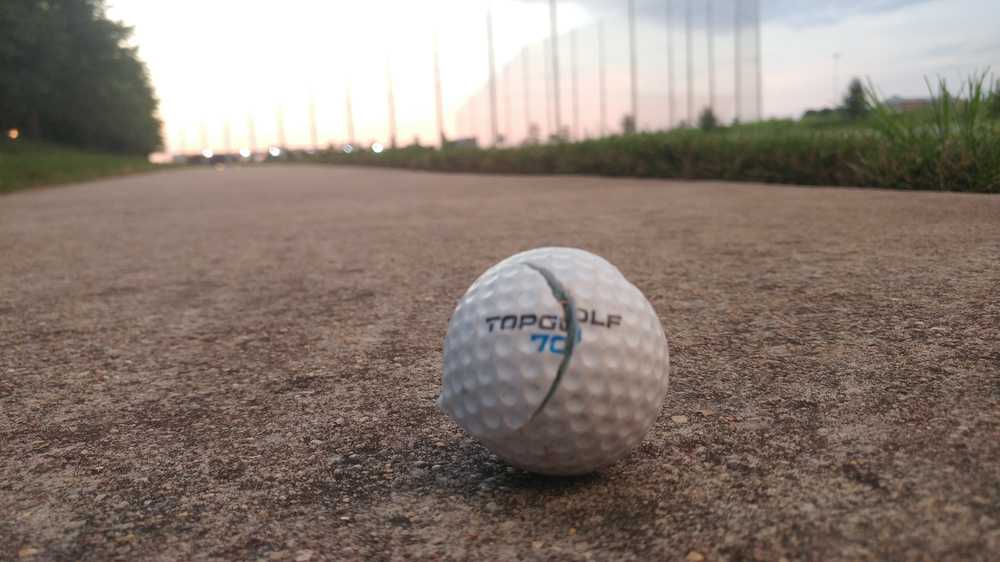