12:29: 2nd day of period, feeling *meh*. We went shopping, and I don#t want to show everyone how i feel, but i feel bad and just want to lay my hand on the spot where it hurts, it creates the feeling of being better then. An older man asked me if i was feeling not okay... I said a little but that's normal.... I hope i didn't appear rude or anyting. We didn't get a few things mom wanted, like often. No loose green tea, no chio chips (just chio popcorn), no raspberry-lemon frio tea... instead we bought one in peach, but she was a bit unhappy that we didn't buy two of them :/ . I got golden bears (Haribo) for that project. Mom didn't seem happy because it's expensive. But she was okay with it.

17:44: Stefan had spontaneously written if I wanted to come help repairing the cables. We met at 14:00h (I was a bit late 😅). It was fun and I learned some things. How to exchange the endings of an electricity cable (the end that comes into the electricity source spot). It's quite interesting I must say, at firts I had no idea how you could possibly exchange those without it being cut/seperated for all eternity. But the endings of the three small "cables" (inside of the cable) were just connected to the screws inside of the plug. He made one and I helped a bit, then he gave me the other to do. I was actually a bit lost and confused and just hoped what i did was correct and that i don't forget something. I forgot exactly what he told me at the beginning of the other one was easily to forget and happens to everyone at least once... It made it a bit harder to get into the thingie there but it worked. So... the rest went not that smoothly all the time, but at least it was right. Except one thing. I don't know, maybe i missed it previously or forgot too fast. So, now I know how to fix those things. Only how the small things we put on the copper wires inside of the three mini cables inside the cable i did not remember, like other names I can't recall and so I only know how it looks...

I should write down what I learned though, just in case.

Then I came home and went out with mom and my little brother to the little swimming pool in the small garden spot. I am on my period and so I couldn't get in and tried to read the English book. I got a bit wet though, but no big deal.

so instead i palyed scribbl.io in spanish with my sister. It's always funny, because we're on a different level and don't know both. Once she started to draw something, i thought it was a cowboy but it looked like too many legs or heads and said something with head but in a totall wrong German and she said i should not mutate to a spanish person :laugh: . I said head although i was thinking of legs. Guess whta it was? I thought of it but the words were too long.... it was "Guardian Cerberus" . But also, she said she had written it, what did i do, i copied the message i wrote before because i really thought it was hers...

Later she drew a head instead of a pumpkin... well, I can't blame her... especially because i said then it's calabeza.. head i just "cabeza" in spanish.

Once she had "Winnie Pooh" , it was the third time it appeared, so she drew a line and said "Actually, I don't have to continue now..."

And she drew green things i thought were pears, but it took a while to realize that she really drew pears... and what she mant with it-... 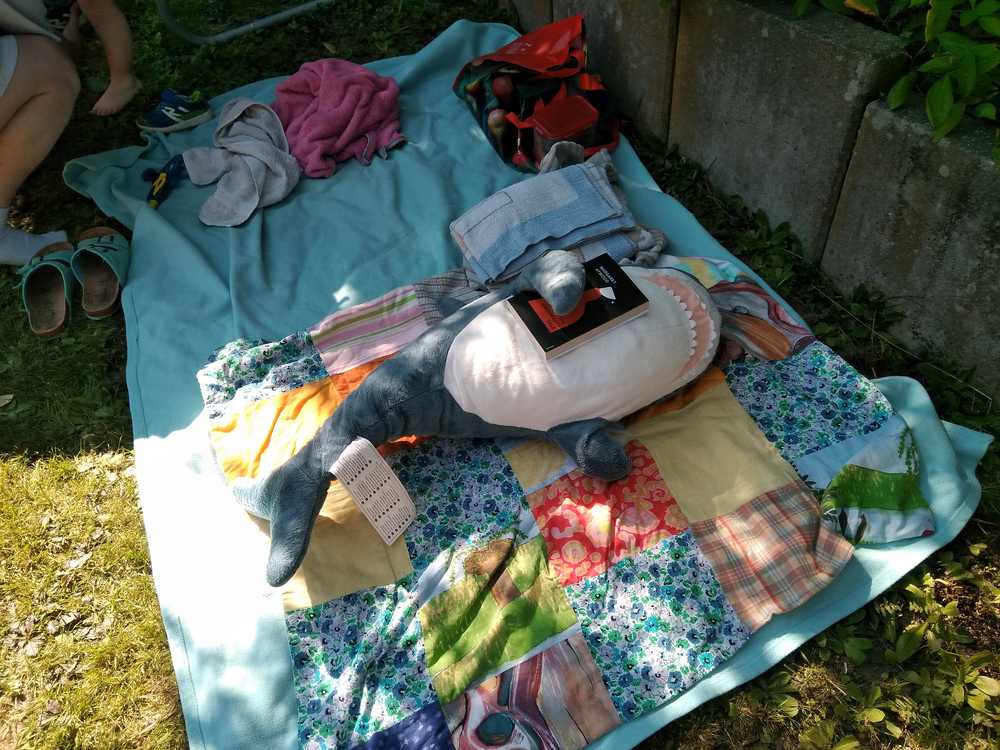 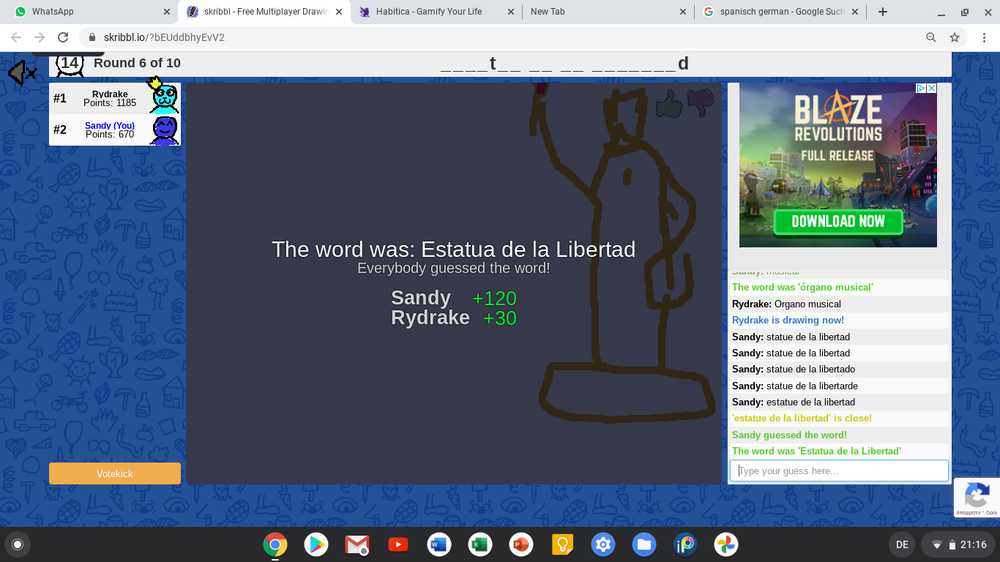 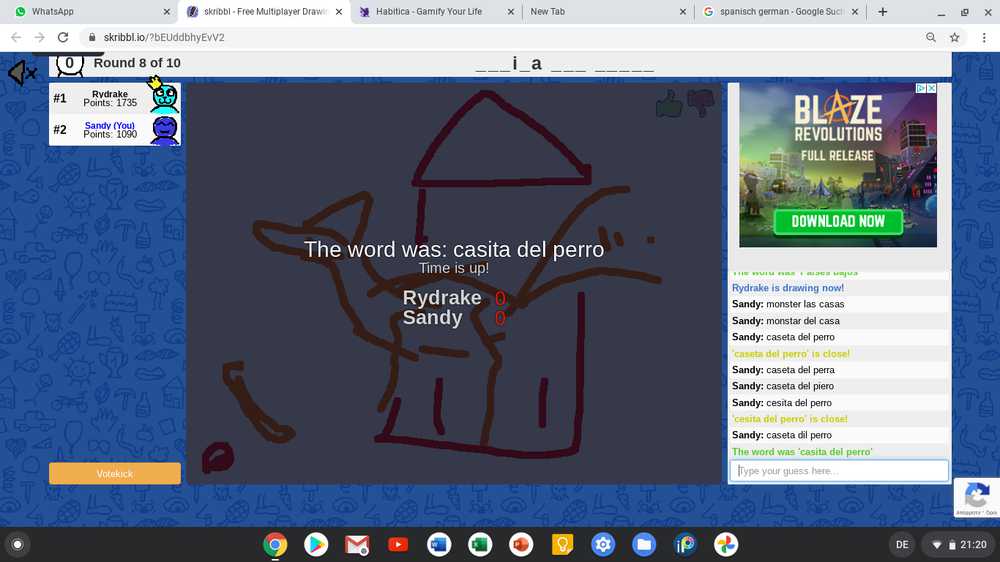 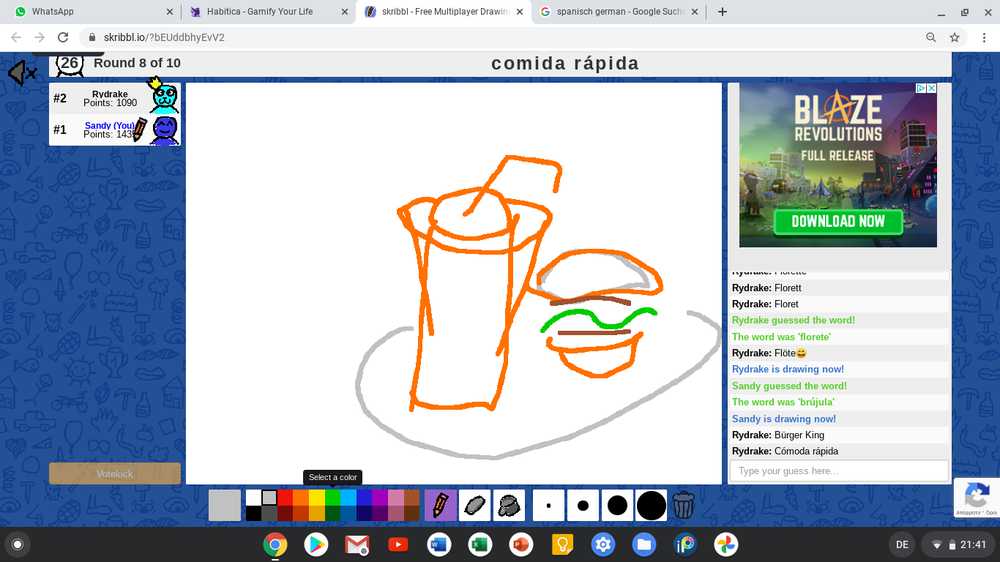 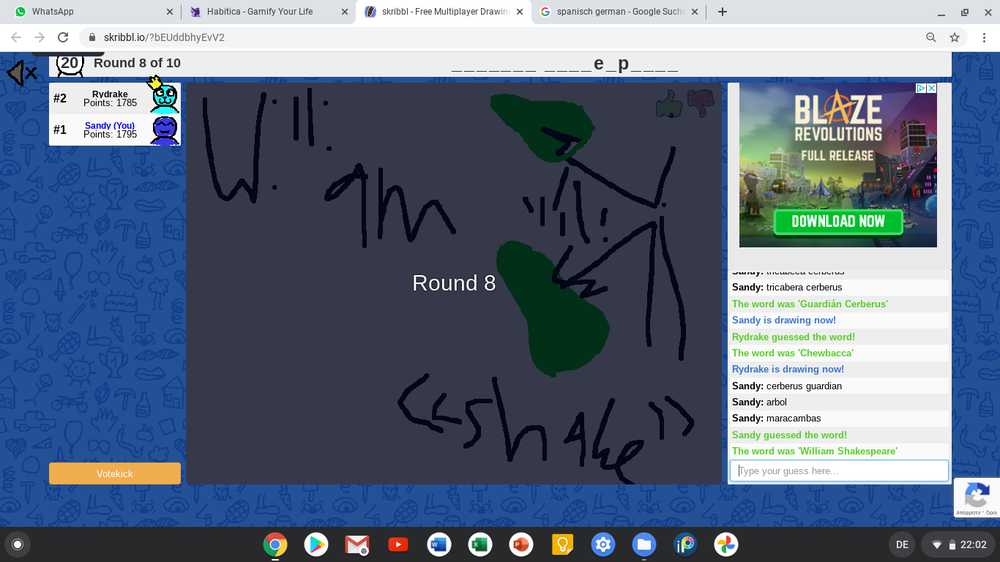 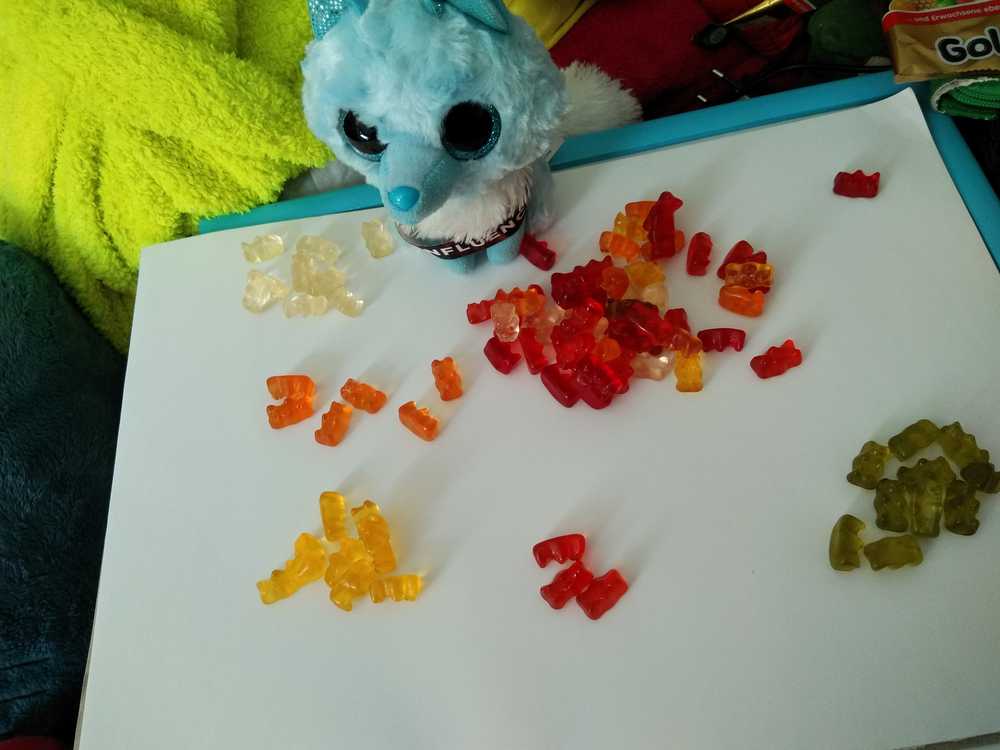