07:05: so, i just updated yesterdays entry. When i'm home i'll insert the pictures inside it, because that's probably easier on a laptop. Then i can make it public - but it's just for the first part of the day, the last one isn't interesting. But this morning i could thank Alex for the present and take a nice photo in the dark. But it's surprising how quickly it get's bright outside.

The first lesson is off, maybe i'll read the "A handmaids tale" book. It's raining here. Nice splashing sounds. I like rain, but only when i'm at home 😅 It's still nice, but being Outside and getting wet.... Prayers for good Weather on sundays (=> no rain) are welcome.

Why do the photos get uploaded in a few seconds now? Last time - and yesterday - it took longer...

But really, you could insert pictures before and i didn't know that... Good that @ayearagotoday mentioned it. And now i know why they answered back then where i had mentioned them, i didn't know they'd get notified. Also, as i was just on the main/title page: it says basic features... Sounds like a premium is coming. 😂 Well, i may not know what that could be - but it's totally worth it paying a bit for that. Right now i'm not fianncially able to (as i don't want to have too much subscriptions and with that Habitica and internet-flat is enough (no, i'm not working, then it would be a bit different)). But in the future if i am working or Something and am able to, i'd do it ... "gerne"... Like,... Gladly? Yeah that seems to be a fitting word. They really put a lot of effort into this - and are really fast in changing things. It feels like, i write something, go to bed, and the next morning there's an update.

14:25: School was good today. We could go two hours earlier, because sport lesson was off. The schoolbus takes a different route it seems. It passes water. but although it feels like a long time, we arrived in town around the usual i think... (How the hay did an hour pass to the time i got home???). I just learned from some programme called "scratch" which you can programme games and animations with... I'll see if i can find that one. The course someone on Instagram recoommended is for 10-12 year old kids who can work with the browser and computer on their own... When i was that age i didn't even have a phone and only played a few games on the computer, where my mom did everything... How the quickly world changes... one day i may be the old person who has no idea about technical stuff anymore... although i like it. But the majority of things i know about it i'd say, i either learned it myself/with my sister through having a phone or at church.

15:36: This is random, but i had drawn three pictures covering bible verses a while ago. So I'll post them now. It seems the website imagebanana where i had used to upload my photos for Habitica closed down or something, it can't be reached. I noticed it because on Habitica the images didn't display. If anyone knows a good website to do so feel free to share. Interestingly, it seems if i use the link from here it works as well. I don't really want to loose the right on those pictures. If someone wants to use them, at least mention the author. Otherwise, they're not masterpieces or anything. But i want to know what happens to them if someone uses them. 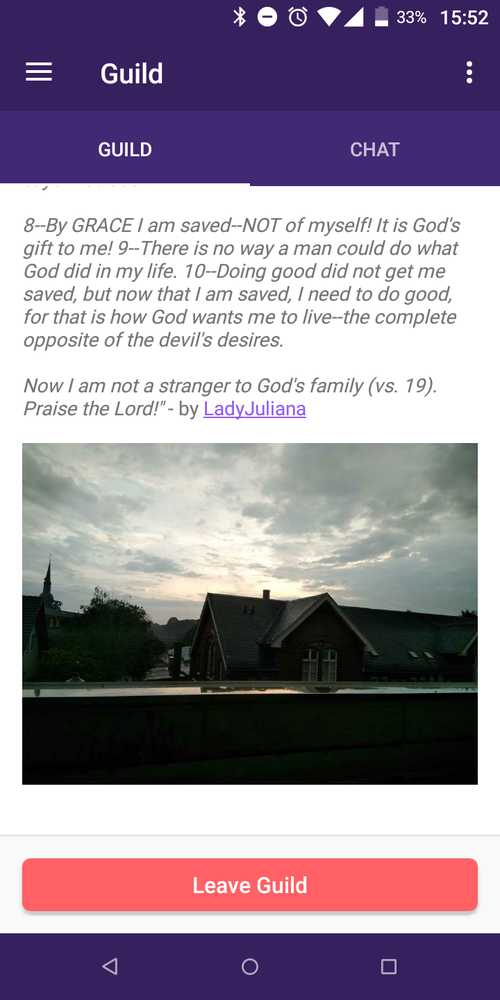 so yeah, here's what it looks like. Now, I'll have to see what @ayearagotoday says to the situation. But it's nice that Habitica managed to do this. It's always moe colourful with pictures. Which i have to find a new uploading portal - unless it's allowed to use the link from this website. Luckily, i didn't have that many so it won't take too much time getting them in again. Maybe i should make a folder where i also put those images in - just in case.

17:45: Played the flute, and I see progress in sound of E3 :D . And also: you need to have a certain angle and only have... 5mm or so of the edge to hit that produced a sound... But still, today i tilted the flute and my head really strange, i wanted to see if my phone aka Discord gets a sound. I didn't see it, but even though i held the flute totally "schief" crooked/skew/oblique/askew/ - says google- , I still got a sound. A high one, so yes the angle wasn't to produce a normal sound but still... Last time my little brother (3yo next month) tried to play "his" flute (formerly my moms,but she got a new one so it's his...). Of course he's young and has no idea, and it's hard to tell him how. He's more like, trying to play it like a recorder or some similiar flute that doesn't you to have a certain angle: he covers the whole hole. So i wanted to show him, hey, you have to hold it ike this otherwise you won't get a sound - tried to change my way of holding to his but guess what, i did get a sound. How do flute teachers do it so good? To play like beginners if they want to show you something, how it sounds if you do this and how it does if you do that...

20:38: I did the "gewürfelte Halbwertzeiten" project. And now I created a intoMint log to record what I'm working on... I somehow missed that before that i didn't say much in my entries here.

21:13: ready to go to bed. An hour to late. Seriously, i need to begin after lunch... Why does time pass so quickly? Tomorrow I'll try to Update the intoMINT App, looking at older entries. Feedback will go there, screenshots of what i submitted here. That way i can look at it one day and then i'll know what i was talking about.

21:49: i was in bed when i noticed unusual many lightning and thunder. I went to my sisters room where i saw more once even a real lightning and not just the light... My sister made a video from the kitchen, mabye Shell send pictures too. The "storm" is pretty close. 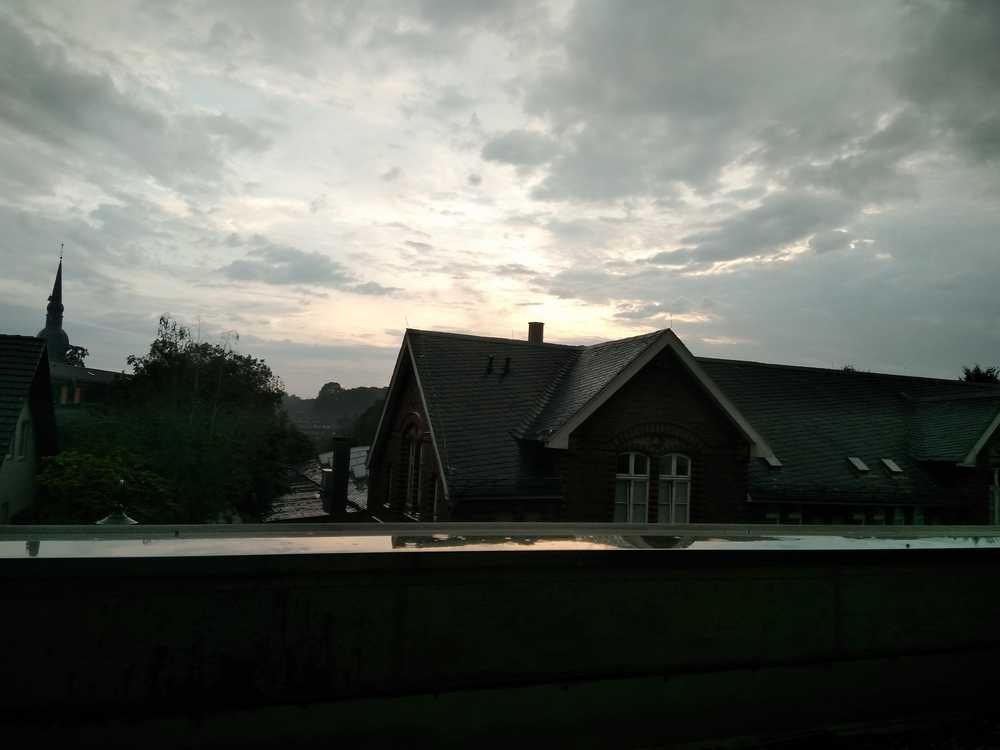 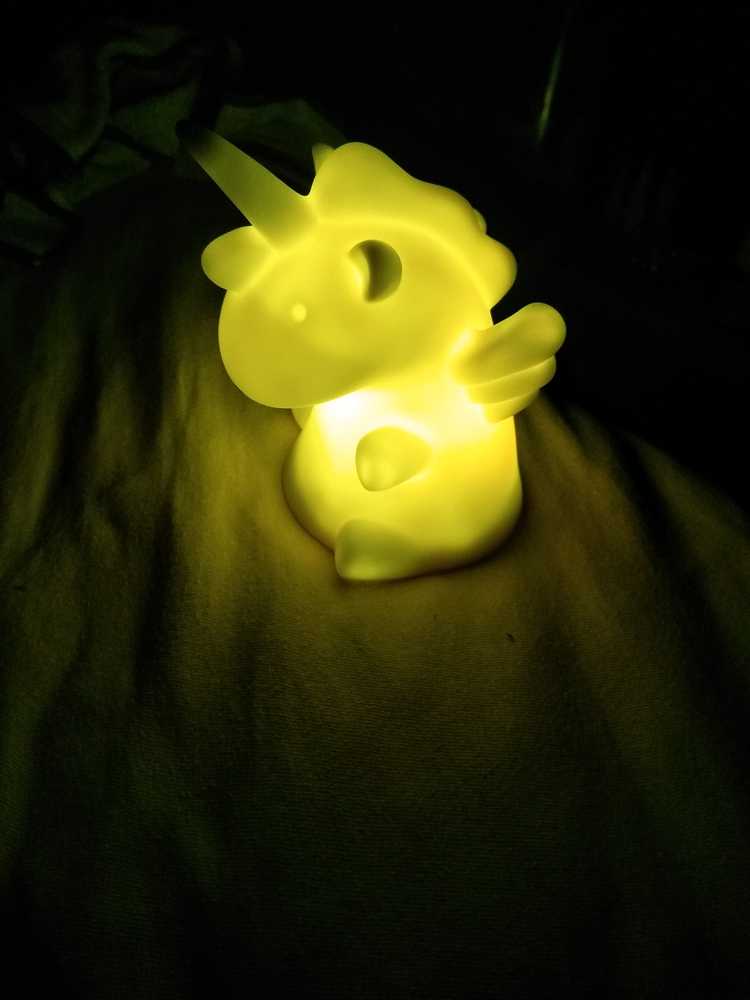 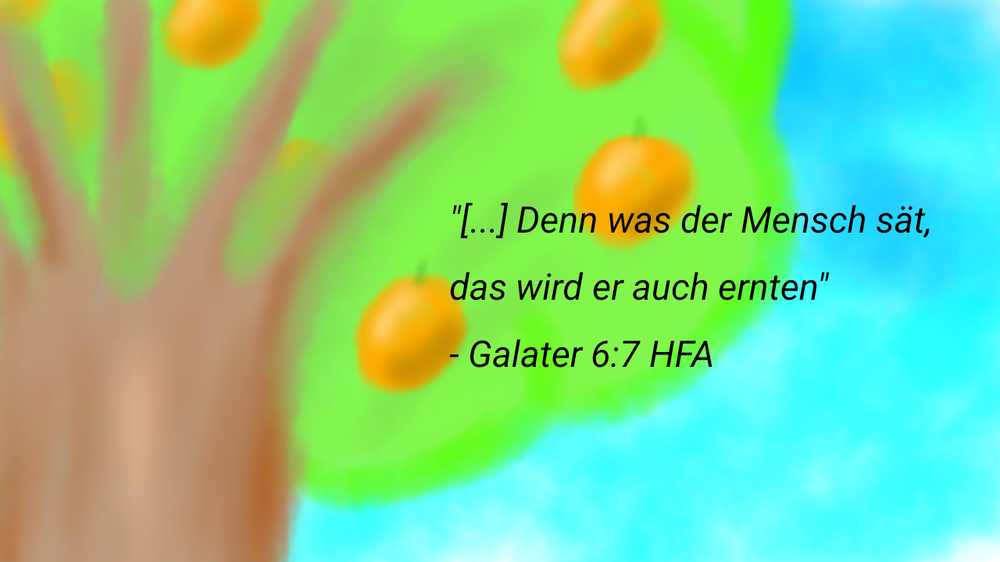 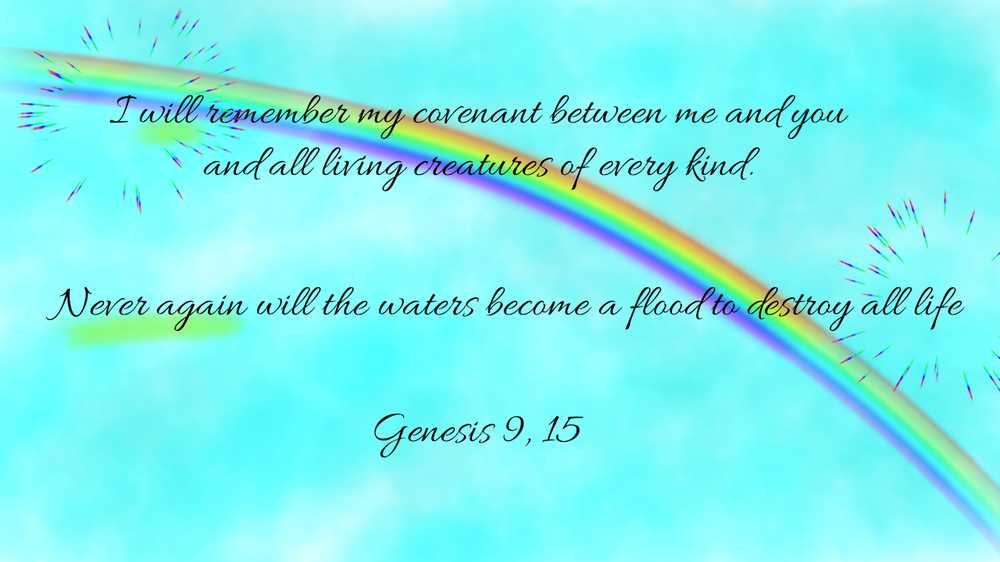 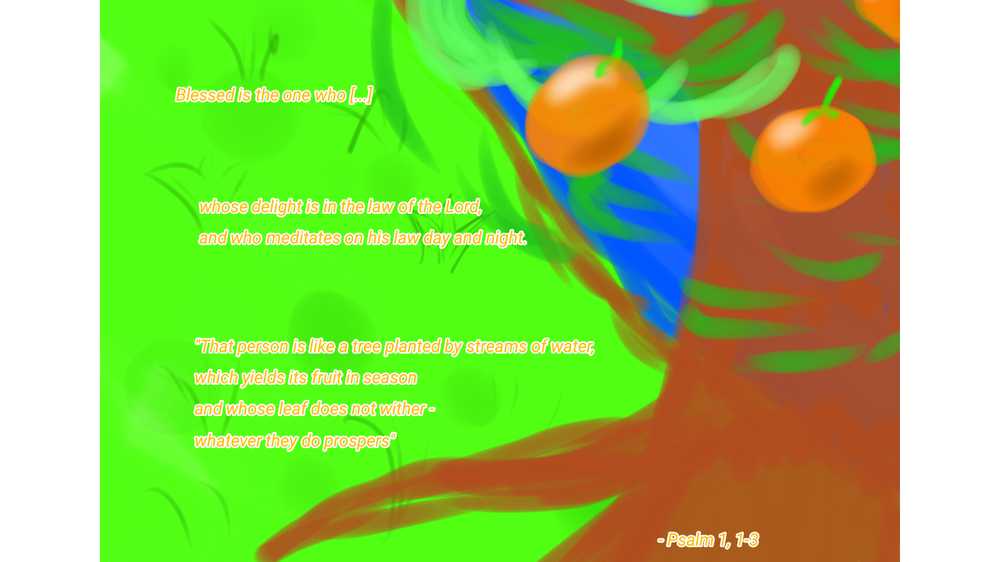 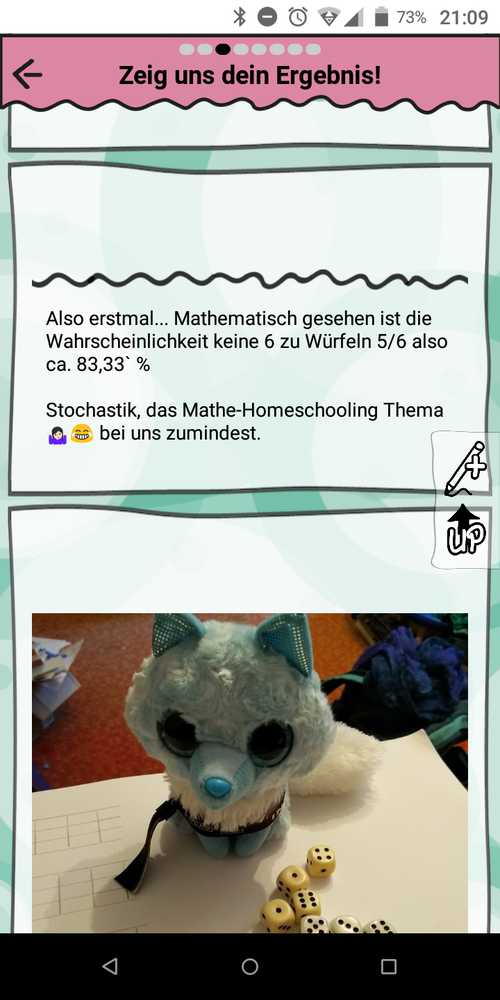 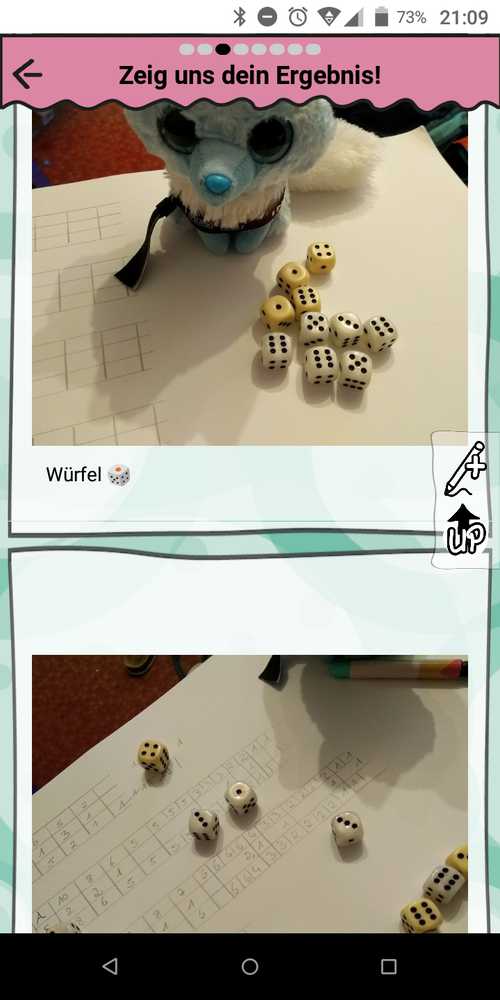 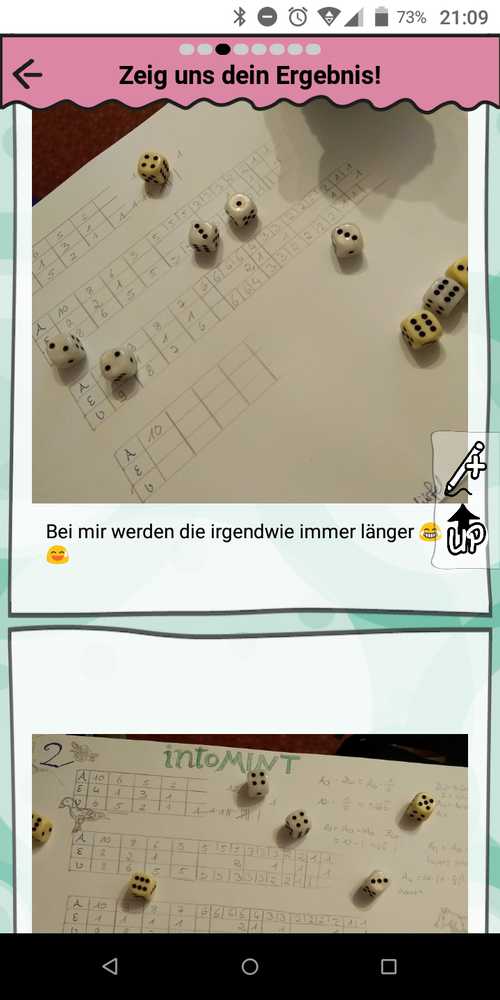 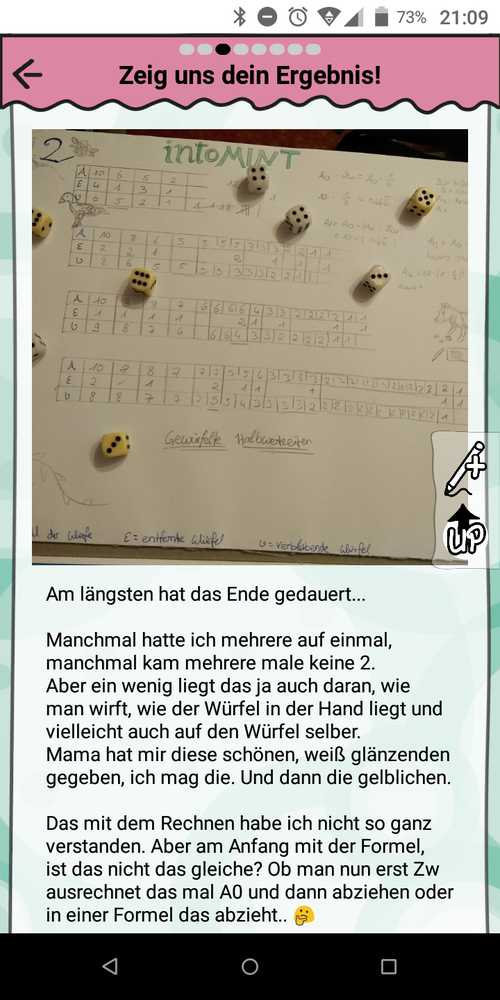 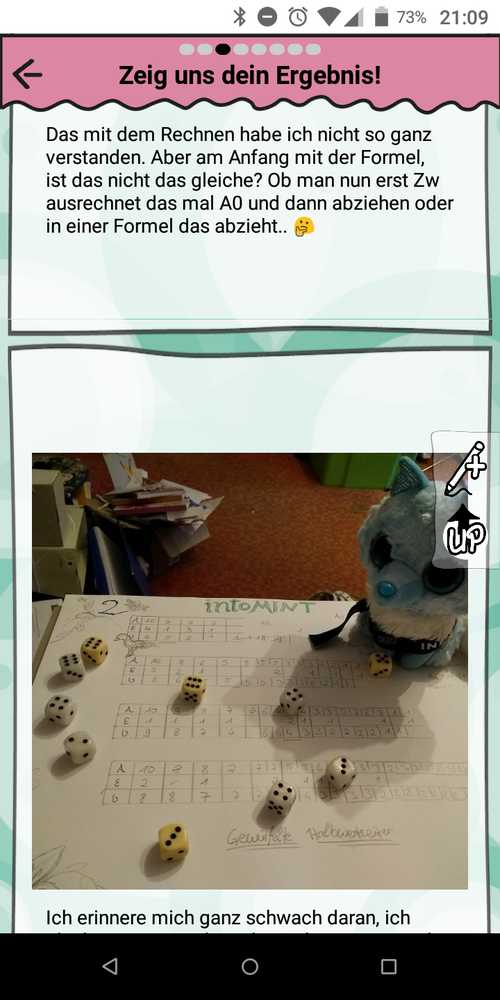 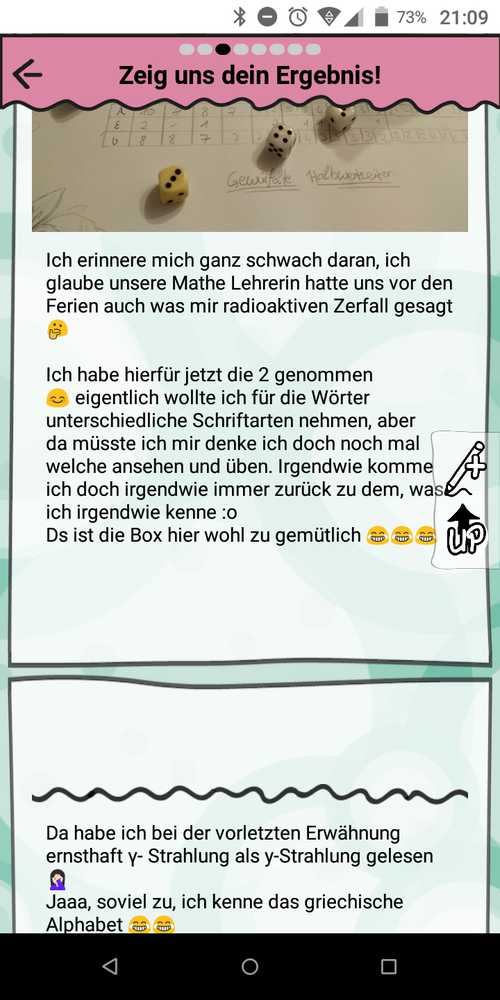 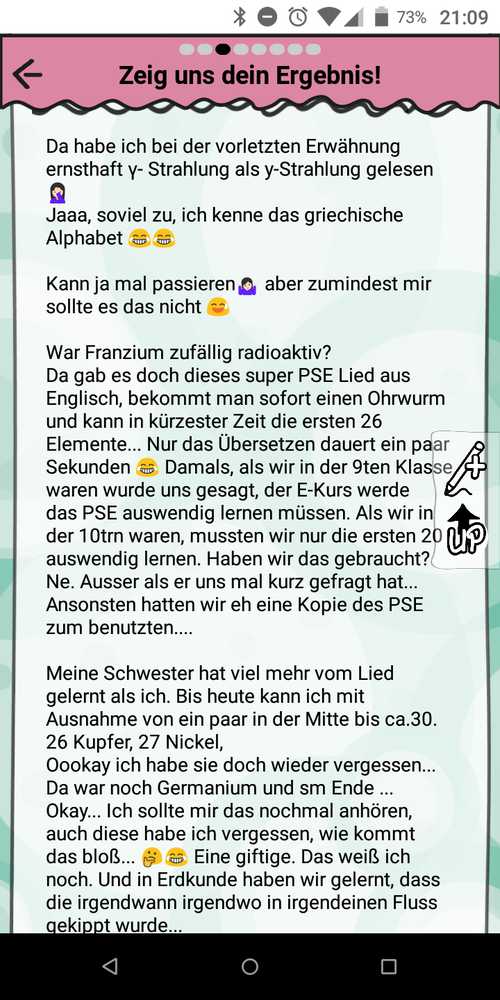 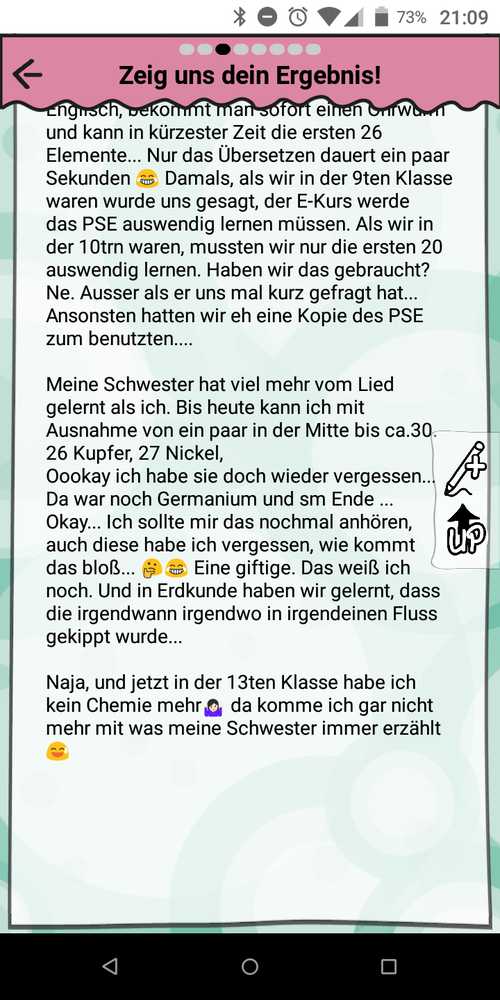