I will be pursuing English language and literature—with a side of philosophy—in university, and though they are generally agreed to be of zero career value, I kind of just..."if there's a will, there's a way"-ed myself into it. I have zero talent outside words. Reading, writing, speaking... It seems like I can get into a bunch of fields and I have considered them. Among them being business, law, and psychology. However, I got into business honors during senior year and was ready to shoot myself at the end of it. Pomp and bombast; a study of convoluted terms to refer to common, practical matters. Economics was fun, though. This was an exploration of the relationships between invisible factors. Before this I had started a debate club too as a kind of prerequisite to getting to law. Gravitas, Ciceronian eloquence; these ideas once fascinated me. Keen studying rightly follows curiosity, and I did so studiously. Eventually, I received several awards which was, of course, gratifying, but it ended up being so...repetitive. It became too easy too soon, and the topics kept being recycled year after year. And the attitude - ha! Once more: pomp and bombast. Haughty arrogance, mindless shouting. Truly, the easiest way to win a debate is to simply look confident and regurgitate popular ideologies. Boring, boring. Five years I was a debater, and I only enjoyed speaking when I would lose and join the conciliatory impromptu speech event. Here the speaker's only restraint is time and their own creativity. As for psychology, well. There is nothing more intriguing than the analysis of the human mind, and that falls within this realm. Though definitely interesting, my interest in it is nothing compared to how I feel for language, literature, and philosophy. Psychology focuses on human behavior, while literature is...hm. How shall I term it? It is the grand zenith of idea. One must take note not only of the individual, but the society as well. True, psychology does look over these topics as well, with its macro-extension towards societal psychology and the like, but the three mentioned subjects take all these concepts and elevates them to creativity. Creativity is the start and the end of my being. Without it, I would be at a loss of my self. The imaginative way in which so many topics are combined, analyzed, and shared through literature is breathtaking. Yes, this is where my self lies. I took comparative literature and philosophy for the last two years of high school and fell in love despite the wrecked sleeping schedule and mile-long essays. There were times indeed when I contemplated quitting; when I felt useless and dull; when I was convinced that I would never write or think anything of worth; yet somehow, even after going through all of this I am still willing to toil in these fields. They challenge the mind into thinking through views and grappling with concepts I would never usually bother with. It is because of this that I learned of a whole realm of discovery outside the essential ideas one has to think of in daily life. Self-development is the term, I suppose.

From a purely technical perspective, these subjects really are but studies of repeating patterns - but then again, all things can be considered as such through that kind of view. There are patterns in everything, after all. And yet I found a certain freedom in these subjects. Reading texts, exploring the culmination of human thinking. The expected output - a paper, an essay - begins with a blank page that you are to fill with your own understanding of the taught concepts. The concentration and creativity required is absolutely exhausting. I could become a lawyer or a banker with half the energy and make ten times the profit, but it would all be dead, empty effort. Perhaps it is the folly of youth, so to speak, but it is a far more appealing idea to struggle for what I love than breeze through soul-sucking drudgery. Many great writers suffered to pursue writing. I am no genius where I stand now but if they could risk their future (for they were not clairvoyant and could never have predicted their success) and bear the subsequent torture for their passion, who says I cannot?

In fact, the root word of passion is the Latin pati: suffer. 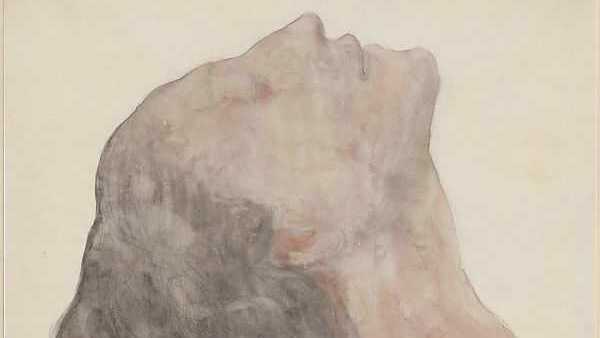