A few minutes until ten as I begin, and I‘m frankly just glad the day is over. I woke up far too early. Five in the morning! The roosters hadn’t even started crowing yet! I definitely wasn’t in any condition to work, much less think very properly yet, so I simply spent some time relaxing with my earphones on. The full score of Tchaikovsky’s Sleeping Beauty was on, and that didn’t do much to rouse me either, despite the lively opening. It felt like the soundtrack to a dream; wispy, unreachable—yet full of life and action. A whirlwind! A phantom! Safe to say, I was in a dreamy mood all morning.

Something...annoying happened afterwards but I don’t want to waste words on as insignificant an event as that. We all have our quarrels, and each one I have experienced thus far is as boring and unoriginal as the next. Truly; it isn’t worth a single line of text on this page, much less another thought in my head. ‘Twas simply another evidence of commonplace immaturity and natural insolence. Ah, it is no use spoiling my pleasant mood of the moment thinking of the insolence of others.

Indeed, this bad turn of the day lasted for a bit until I began my usual exercise regimen. It was tiring, as any sort of physical activity should be, but refreshing too. I was enjoying V for Vendetta (for the nth time—will watch again in three months) prior to this and got the idea to listen to Overture 1812 during my routine. That was absolutely delightful. The cannons certainly made me push myself harder and gave me the energy I was lacking initially and lifted my mood completely. Afterwards I listened to some Bach for the rest of the allotted hour.

Then I had dinner, which was delicious; had a nice chat with my parents; and afterwards listened to Richard Armitage’s lovely voice narrate Marcus Aurelius’ Meditations. This is my second listen, and it is as wonderful as it was the first time. (If not more!) His voice fits the text completely. Coincidentally I left off the last time on a cautionary note to be wary of rage, lest I do or say something I will regret later, and continued on reflections of the transience of life. Life is short; why waste it? A true thought.

And anyway, we each have the power of perception. You can choose to pout or cry over situations you cannot control or you can simply laugh and let them be. It is the other person’s own problem if they decide to be so affected that they hate, scratch, or curse you. Let their energy be wasted, not yours. In fact, is it not a flattering thing to have such a powerful effect on others? Personally, I find it quite funny to be hated by someone. Vehement words, curses—the way I find it, the more explosive the reaction, the more insecure a person is. They want to bury their own hatred of themselves by hating you instead. How brainless! Given this, why not hold yourself steady, look past your anger, and try to understand the situation instead of closing your mind and growing defensive? The former, at least, ensures that you keep your dignity. And, if you’re smart enough, you may just learn something. To simply cry and run away from the problem is a bit weak and pathetic, isn’t it? Perhaps I am somewhat cruel, but watching people get mad—especially when they’re getting mad at me—only makes me laugh. I, too, used to grow irrationally annoyed and would spout long, impassioned diatribes to my opponent as a mask for my low self-esteem. Now, though, I find the whole thing hilarious. Doing this certainly annoys the person further, which in turn only makes me laugh harder. I try to keep my composure and work towards a sensible point of understanding, but there are those times when a person’s brain stops working in the midst of their anger, and that is true comedy indeed. Ah, even someone you’d thought was rather intelligent becomes a complete idiot when they are mad. The change that comes over them is true comedy. It truly is impossible not to laugh at all senseless words and wild reactions a person expresses when they become defensive. It is a pitiful state. What ridiculous theatrics!

All this aside, if only I had my own physical copy of Meditations! I would mark it completely with little notes and underlines. I saw it in the bookstore last time I went, and regret not getting it. If I find a way to go to the store now I will definitely get it. I should also grab a copy of The Enchiridion, should they have it. I hope they do...

It is quarter past eleven now and I’m starting to nod off—good night! 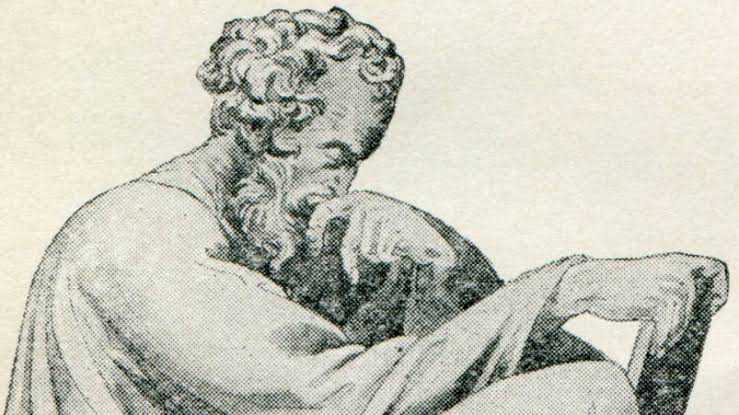