07:38: it smells like table or Something here... A bit uneasy. But the mask helps with that, although i can't say If It's general and the smell is just too weak or because they were washed.

14:20: when you hear the bus driver make a noise (like sigh) when telling him the station you need to get off.... I live in the last place the bus goes to. I'm sorry for the bus drivers that have to go there because of me.... But on the other hand, It's on their schedule, i didn't choose that. But only because they go there i am able to attend. Otherwise i would have to take a bus to the city and get on there, but then i needed a ticket for that. And It's safer this way. If i miss the bus i can't get to school.

Today was a good day. We had double lessons Except one hour math, the first was off oficially, i read the Englisch book there. I'm on page 94 i think. In WIF we had the task to draw a PacMan that hunts a rectange (Processing). I'm totally used to my keyboard (Chromebook) because of the lockdown/homeschooling, that it was totally weird to work at school today. Once i wanted to move the cursor and touched the bottom of the keyboard - no, it's not a laptop, there IS no mouse! ....

My sister wanted me to play BakeryStory on her device when i come home... It was locked, how shall i know her code? Turns out it was not a pin-code as i thought... well, yes, then i could have guessed it. Sure, it would have said if it wanted to have the pin-code, but i didn't think of that.

I just found out through my sister... On Habitica, on the app... You can only see the pictures that use this link. There only appears a object icon if i use imagebanana... But i haven't got a reply yet if i am allowed to use the links from here from @ayearagotoday . The only picture i left the link of them was the rooftop picture, i haven't uploaded that one on imagebanana as that was a test. Of course I'll remove it if they say it's not okay. I just consider it as easier if i upload it here anyway plus App user can see them as well.

28:49: so, i finished the poem I wanted to write. I hope someone tries to analyze it, i'm really interested what they would see out of it. Which mean - no interpretation is wrong. Of course you can't know what I thought about when writing this. You'd need to know more about my life for that. I may reveal it, but i a different entry. I had difficulties with rhymes, so surely you can write, it's written that way because nothing rhymed with "Gras" to put it at the end, or something 😂 Really, it's so hard writing good things that rhyme in German...

Wo irgendwo in der Ferne,

She grew up as a christian and helps out at church. She's also very interested in Greek, modern as well as Koine. Music is also one of her interests, showing in her love of the flute which she plays as well. And she likes flowers.

My sister sent me a picture, "Spirit of the North" has a new update... And that's - yes I like the game as well as i love foxes - is a difficult matter for me... I was the one who bought that game when it came out a few month ago, and really enjoyed playing it. Only the spirital topic is concerning to me.

The cover photo was taken yesterday. 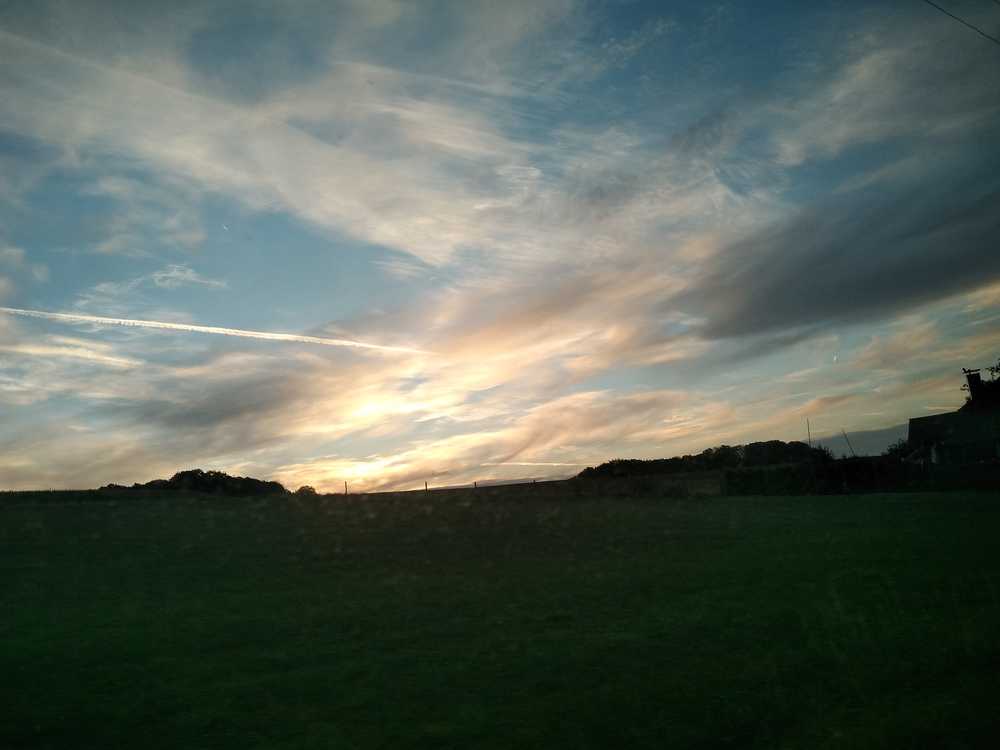