So we've been getting groceries via curbside delivery for several months now, and it has been timely and reliable UNTIL YESTERDAY. Walmart, you had a good run.

The delivery was scheduled for 4 to 5 pm. I headed out at 4 pm, which is not strictly necessary, but I figured I'd get in a walk before the groceries came. It turned out to be a long walk. Over the course of the next hour, I kept checking my phone, thinking I'd missed a call or text or notification from Walmart, but there was nothing. Finally, at 5:08, I got a text from the delivery driver: "Walmart system went down. It's back up now. They are picking your order. I will be there as soon as they finish."

As soon as they finish! That sounded pretty good. So I stayed outside, figuring the groceries would arrive any minute now. Or now? How about now? It's past daylight savings, so anything past 5 is basically the dead of night.

"No," the driver responded. "I'm on the phone doordash now." (Whatever that means.) I did not receive any further updates.

By 6:30, a thunderstorm had whipped up, complete with torrential downpour, and there was no word from the delivery driver or anyone else. If the groceries had arrived, they would have been instantly soaked; but they did not, and were not. I admitted defeat and went inside.

After further waiting, I contacted online support, which informed me that the store was closed for the night, and the groceries would be delivered tomorrow, although they could not tell me when. But they gave me a $10 gift certificate for my next order! Woo!

My roommate was quite annoyed when he woke up a few hours later and found no groceries in the house. He told me I should have negotiated for more than $10. He's probably right.

Today, I received no word by 9:30 am, so I contacted support again. After a long phone call, I canceled my prior order and rescheduled it for between 11 and noon. Express delivery. In time for lunch.

This time, I was wiser and did not preemptively go outside. (Side note: Yesterday's thunderstorm destroyed the weather. Before the storm, it was 70 degrees out; now it's 36 degrees.) Just as well, because noon came and went without any groceries. I contacted support at 1 pm and was told that my driver had canceled and the store was trying to find a new one. They could not give me any ETA for delivery.

I was tired, because for unrelated reasons I had slept around three and a half hours the night before, but I didn't want to nap and miss the delivery that could theoretically come at any moment even though it probably wouldn't.

"Will we ever get groceries again?" asked my roommate. It seemed like a tossup.

Dealing with customer support took a sizable chunk of the afternoon. I called the store directly and found myself in the world's slowest game of hot potato: they transferred my call from department to department, putting me on hold each time, until after 25 minutes they transferred me to the vision center to get rid of me. Then I contacted online customer support. The support rep, Joshua, called the store on my behalf, and the pickup and delivery department literally hung up on him.

Eventually, Joshua got me in touch with the store's department manager. (Great guy, Joshua.) The department manager took down my order number, promised to call me back, and then, predictably, did not. It's 6:30 pm, so I presume a call will not be forthcoming tonight (or ever, lmao). Tune in tomorrow for more exciting developments! 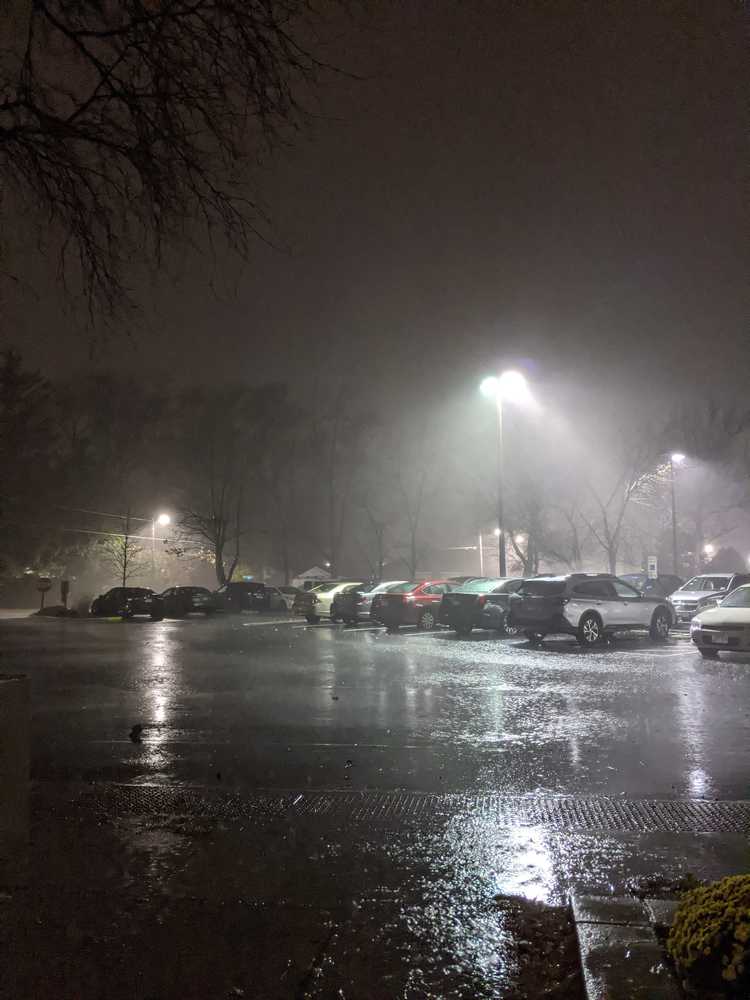