Now that I've gotten used to Minecraft, I've decided it's decent. Exploration is more of a hassle than it should be—lack of a world map and fast travel will do that—but I'm getting the hang of it. I orient myself using the sun; I leave torch trails and build wayhouses and try to always carry enough wool for a bed. It also helps immensely that I know a few landmarks to mentally orient myself.

More importantly, building stuff is a chill way to spend an afternoon. I made a two-story sandstone-and-spruce garden house in town. I also spent roughly six hours constructing a road to Layabout Lane, a village two days north of our home base. (The road covers roughly 85% of the path. There's some mountainous terrain where I got lazy and just marked the path with torches.) I tamed a wolf there, and I named him Razor and brought him home and made him a little kennel next to my house.

Unfortunately, HGR isn't enjoying the game at all. It has minor value as a group activity; he had fun running after me chucking a stack of cobblestones at my head and shouting "I'M STONING YOU." Also there was the livestock incident where newbie accidentally burned down part of the pigpen fence, leading to The Great Pig Escape of 2020. newbie stood in the pigpen yelling for someone to bring him replacement fences while HGR cheered on the fleeing pigs.

[1:34 AM] meisnewbie: I feel like every time hgr gets on I let out the livestock

But the game itself holds no appeal for HGR. He's all about combat, and Minecraft combat is as boring as it gets.

newbie is sad that HGR doesn't like the game. We showed him around Terraria, and he was really looking forward to showing us around Minecraft. He hyped up the nether for days. (Granted, this was partly because HGR kept going to bed before our nightly play sessions, so newbie would be like "Okay, we'll go check out the nether tomorrow.") Then we finally went there, and I stuffed my pockets with cool-looking building materials, but HGR was dead bored. He thought the place was ugly and we didn't even have any cool battles, just a few random zombies taking potshots at HGR because he wasn't wearing a gold helmet. He hasn't been back on since. 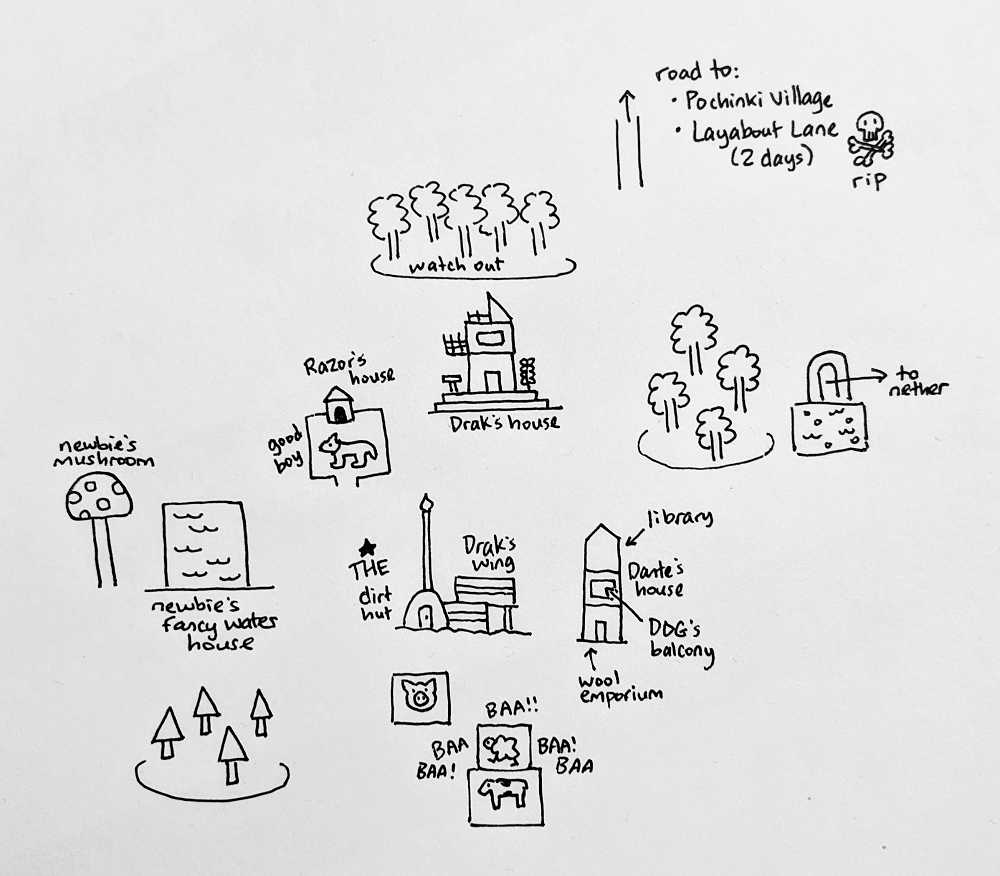