I decided to start a solo Minecraft game so I could experience the start of the game organically. Part of the reason I didn't enjoy our early play sessions is that newbie was a bit too on-the-ball. On the first in-game day, when HGR and I were faffing about the overworld and punching sheep, newbie was already yelling at us not to jump on his wheat field. On the second in-game day, newbie directed me to put down fences, and then suddenly we had a herd of livestock. This is all reasonable for an experienced player, but I had no idea what he was doing. Then Dante (another Minecraft vet) joined while I was away. I returned to a big, well-lit mineshaft under our base, chests laden with coal, iron, and diamonds, and newbie shoving a stack of steaks into my hands. We wanted for nothing. But it didn't feel good.

newbie recently tried showing me some of the farming stuff, but, I dunno, it didn't really take. By now he's rigged up a fancy automated field with redstone wiring and water dispensers, so it was like: "Pull that lever twice. Okay, now pull it two more times. Replant the seeds. Don't jump!! Hoe that square. Now put the extra seeds in the hopper and follow me."

I'm not sure if I'm bad at learning, or if newbie's teaching style and my learning style are just incompatible. Probably some of each. He's a very smart guy, but his explanations (about everything, not just Minecraft) often don't make sense to me; and then I get frustrated at not understanding and things go downhill from there. It's better when HGR is around because he understands both of us and can serve as interpreter.

Anyway, that's why I started my own game. I figured I could learn at my own pace using the wiki as needed. Coincidentally it was a good day for solo gaming because the internet was spotty/out for most of the day.

The start was rougher than I expected because it took me a few days to find any coal or any sheep, so I had to afk all night in a pitch-black house. Sometimes that's how it goes. But I like the Stardew Valley-esque aspect of building a farm from scratch. By now, the base is looking respectable: I've got a wheat farm and pens for cows and sheep. There's a mineshaft leading down to diamond level where I mined my first diamonds. I made my starter house out of oak, and later added a diorite wing with a loft attic, glass reading nook, balcony, and rooftop access. I should make a proper rooftop garden up there. 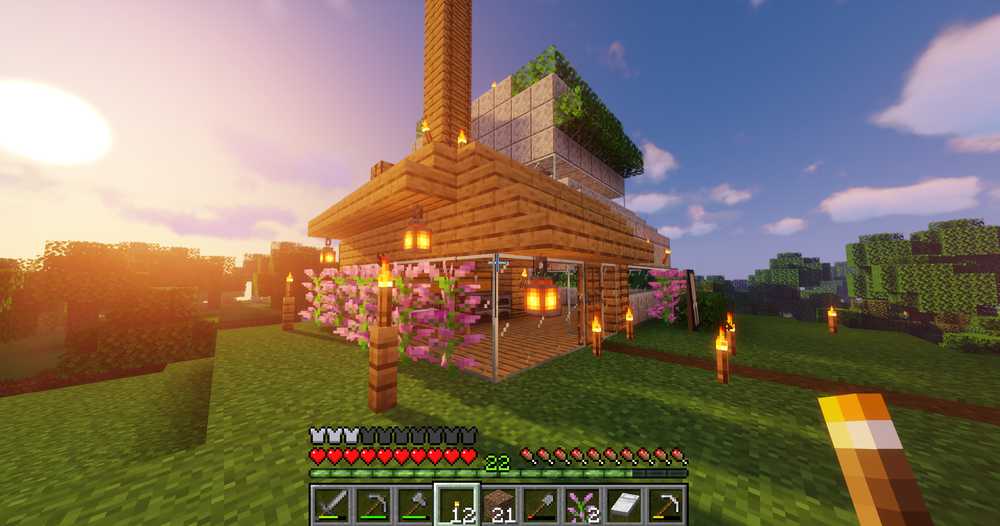 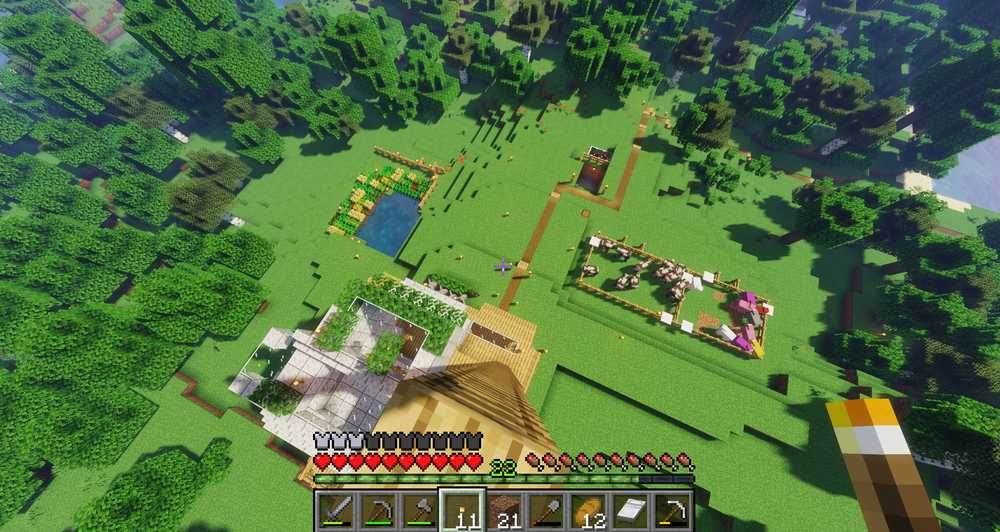 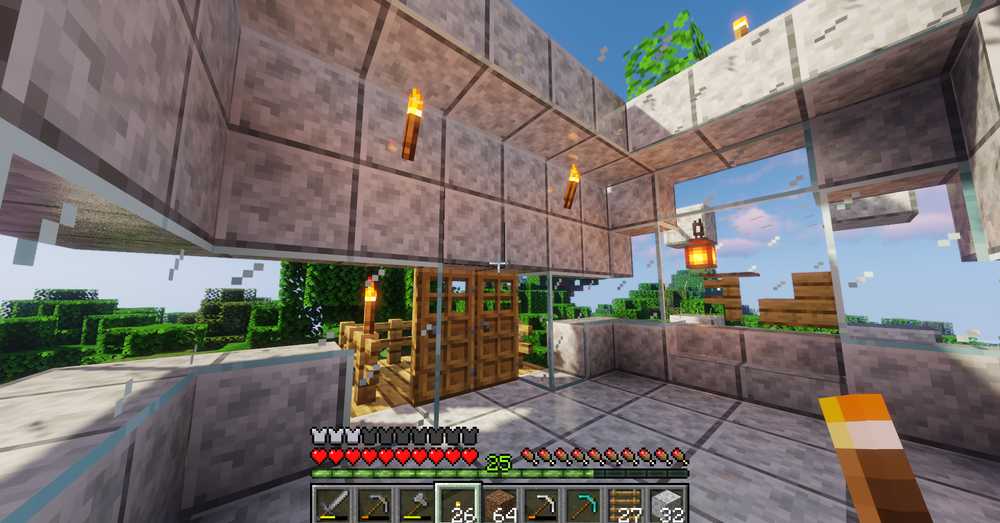