This Is Why I Shouldn't Play Games

Today is Saturday, December 19th 2020 and I mainly spent the entire day today just playing video games. I wouldn't have been playing any games had I not discovered that one of my computers had Steam installed on it. Well, I wouldn't have been playing any games at all if that Epic Manager game from Thursday didn't entice me into playing it which made me find out I had Steam installed on one of my computers. The thing is, it's so easy to play games on it. There were so many games that I found, literally tens of thousands of games available at the Steam store, many of them are free.

Last night (Friday) I discovered this game called Shop Titans. It's an idle game. I wanted to find something to replace the failure that Epic Manager was for me, and I wanted some sort of tycoon strategy idle game, where like Epic Manager, I got to run some organization. Shop titans is this extremely addicting store owner simulator game, where you can make and sell pretty much any item in any RPG games to these random adventurers (there's about 1-10 NPC people that come into your store every minute) and they buy the items.

It's a very hands-on game where you always have to be looking at the screen and clicking on things, because as customers are buying up the items, you have to make new items to stock the shelves. Also, you have to approve the sale to each customer, so you have to click a lot through making new items and selling them. It's like one of those popular restaurant games where you click some buttons to cook up some food, but then there are customers coming in making orders every second, and you're pressed to make them. It's that same concept, except with RPG items instead of food.

And it's a really addicting game due to the vast replayable elements. The more you make an item, the more benefits and mastery you get from it, such as being able to make higher quality versions of that item to sell at a higher price. You also need resources to craft these items, as you can't just click "craft" for just any item, you need resources for it too. So you hire these guys to produce them for you, and so you're micromanaging upgrading these resource gatherers while crafting items while selling them. There's miners that can get you stone, iron, and other minerals, herbalists that can grow herbs, and many others.

One of the most fucked up resource creators though is the leather producing guy, it felt so bad upgrading him because he will produce more leather for you, how many animals are kept in cages their entire lives and slaughtered for their leather? It felt like torment upgrading him. I just imagined a huge mink animal factory farm and this leather guy killing off at least one mink a second to be able to produce as much leather as he did for me. I've seen a few of those videos where different animals are slaughtered for their leather, these cute furry animals with big fur coats like weasels, dogs, minks, etc, getting grabbed by the neck with one hand from their dirty cages then sliced in the throat with a knife and bleeding all over, just for their fur. So messed up.

There's also heroes and champions in the game, these are adventurers that you hire and you can send them to get quest-only materials that your regular resource gatherers cannot produce. I named all my heroes in the game "Go Vegan" after having seen the leather producer. This world is so fucked up, people don't realize the massacres and insane amounts of unnecessary torture that happen behind closed doors. Literally in the few seconds it takes me to type this, tens of thousands of lives have just ended, slaughtered violently, their screams unheard by the people who will buy their corpses and body parts tomorrow.

People have some sort of fantasy where these animals are not harmed for them to reach their end state. Okay imagine a scenario where people ate other people or dogs. For some reason these scenarios gross out people, but eating most other animals doesn't even though it's the same thing, all victims end up suffering, but with other animals it's in the scale of billions. How are they going to wear other people's skin (animal fur) or make a shoe from a dog's hide without ripping it off? How are they going to eat a person's legs (like eating a chcken's or dog's legs) without cutting it off? How is a person going to eat someone else's any body parts such as their breasts (chicken breasts anyone?), without lacerating it off?

I wish I had been tougher in real life and responded to dumb comments much better. There were many scenarios where someone dropped something incredibly stupid, and I could have corrected them, but just didn't want to entice some arguing at the time. Damn, so many situations I let pass by, I'm no longer going to do that. For example someone made a comment in real life "I only eat meat sometimes" which is a lie, they ate it every day with almost every meal, but I could have responded with "is it okay to eat dog flesh only sometimes?" Another person said "those videos are horrible, it's vegan propaganda" which I could have responded with something similar to above, imagining how they could eat someone's fingers or legs without cutting it off. Most people are intentionally ignorant, even if it's factual they're just refusing to believe their actions are harmful.

Anyway I played this game for most of the day today. This is what my timelog looked like today:

Yep, 16 hours of gaming today. It wasn't entirely on Shop Titans though. This is why I shouldn't play any games, especially if they are addicting. I got to level 22 in Shop Titans, in less than 24 hours from when I started the game. Obviously I know what to do better now that I've played a bunch, but I was a beginner when I first started so I had to learn everything from scratch. I didn't join a guild until way later on, and it would have saved me so much time had I joined one earlier. I joined a weaker guild before joining this powerful one called "riche rich" and it had insane level vendors and resource gatherers. I was able to fill up my resources as soon as I was done crafting items, so I was able to make all the most expensive items I could for my store.

I played other games too though such as Leaf Blower Revolution, which I got bored with after 30 minutes. I also played Crush Crush which I got bored with after around an hour. Both games were alright, I'd rate Leaf Blower Revolution an 8/10 and Crush Crush a 6/10. I'd rate Shop Titans a 10/10 game. It is extremely well made. I'm always shocked by how well games work so flawlessly most of the time.

I did find some exploits in the game though, such as placing an item in front of the door basically "closes" your store and no one can get in or out. I also experimented and found that putting the shelves and decorations in a very narrow space increases interaction and energy from customers. My "tight" build isn't shown in the screenshots, but it was pretty similar except all the shelves are pushed in closer to the middle and rotated so customers have a narrow path.

Unlike the other games though, Shop Titans never got boring. I earned more than a million gold in-game, which I think is a lot. Before quitting, I used up around 300k gold and 300 gems to buy cosmetics for my store and my character, which I named "god" because for fun. I bought a bunch of "limited edition" decorations, such as most of the furniture and carpets viewable in my store. I doubt they'll be worth anything, but it was fun to buy these items. I bough this limited edition hat for my character as well for 200 gems, which is around $5 USD if I were to use real money to buy gems. I spent the other 100 gems on a carpet.

Whoops, I fell asleep while writing the previous paragraph. Continuing from where I left off...

The worst purchase I made was to buy 4 craft slots for 200 gems at level 10 instead of waiting for level 20 and spending 200k gold. I didn't realize how much more valuable gems were then gold at the time, but yeah gems are unobtainable except with achievements so they're very limited, while gold you can get plenty of from anywhere. Gold isn't worth much as there's players with billions of gold.

Anyway 16 hours of gameplay, boiled down to those two first screenshots. That's my entire in-game achievement right there. Yes I deliberately placed the fireplace right in front of the door so customers couldn't come in, and I deliberately placed my pet in the back so he got out of the way. I'm also emptied out on gold, I had previously 300k gold before I spent it all on limited edition cosmetics.

After that, I uninstalled the game and got on Habitica for a bit. My premium subscription was about to expire, so I refreshed it until 2022. 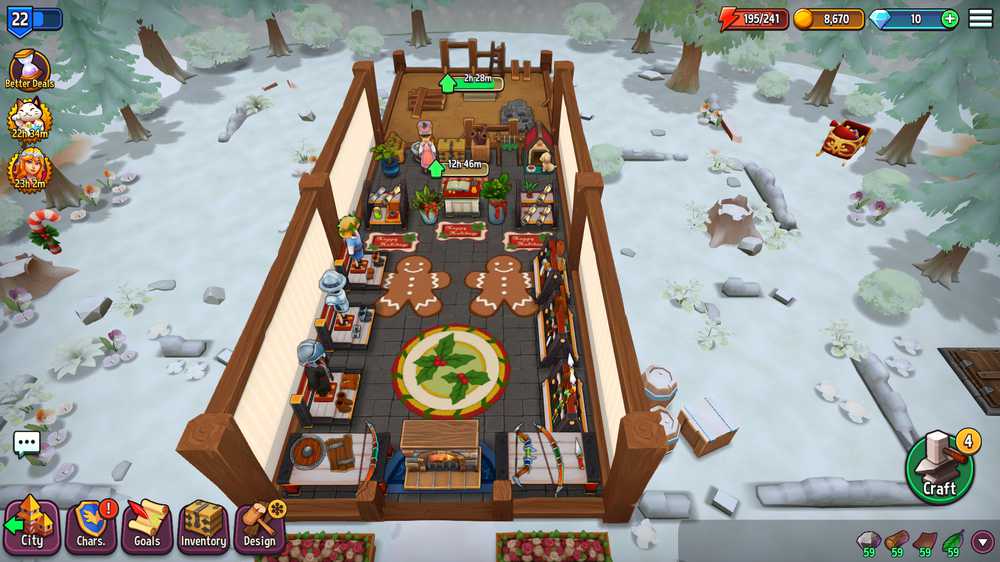 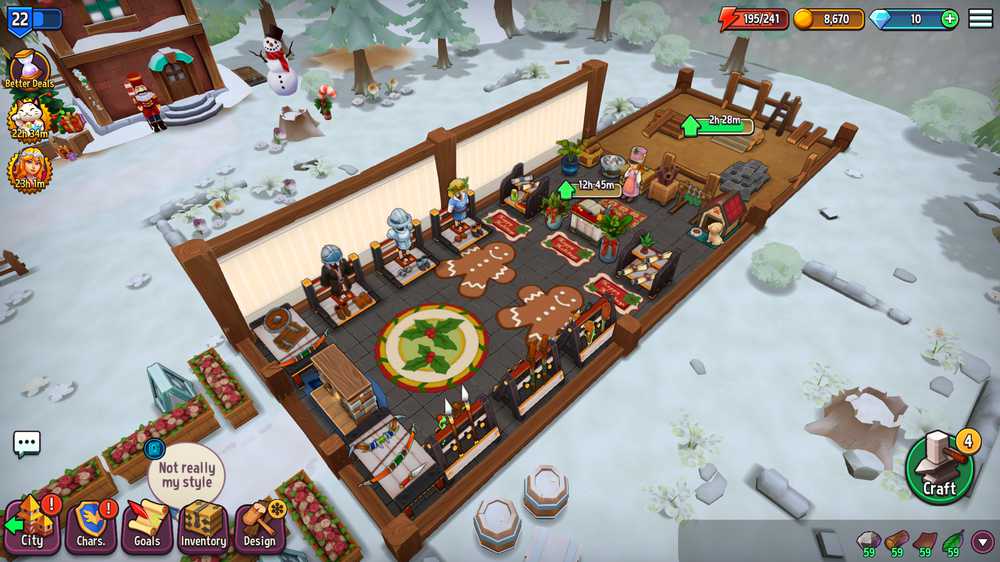 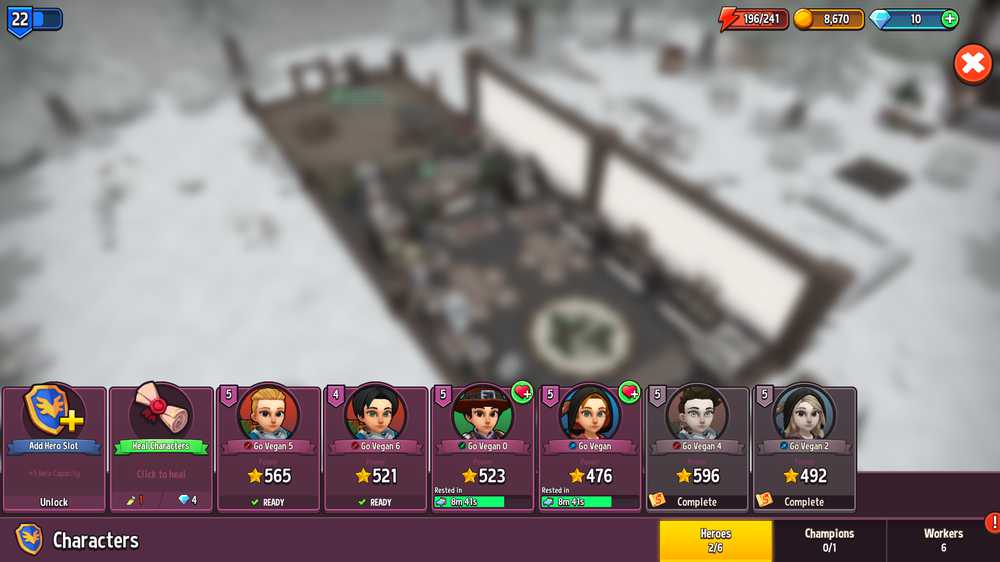 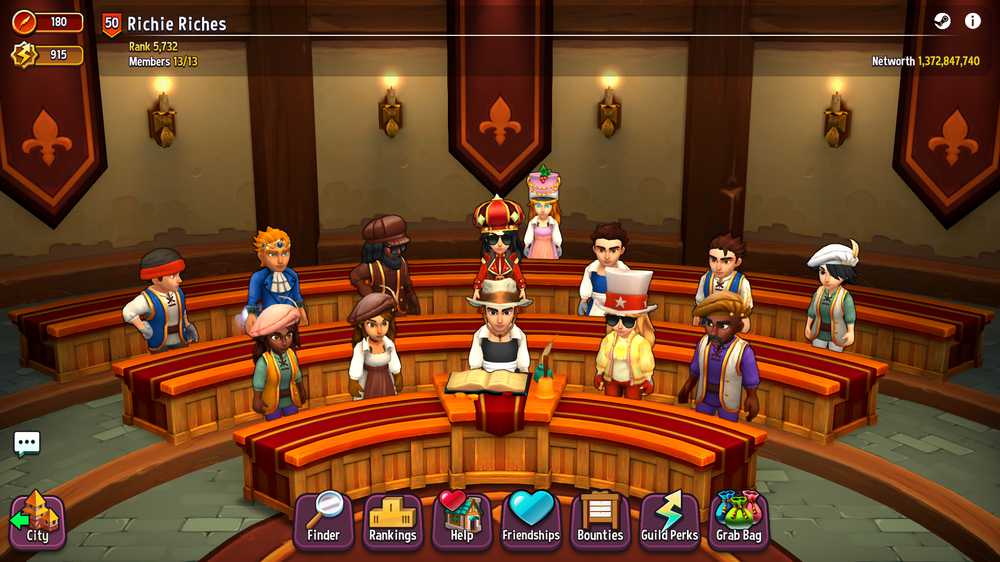 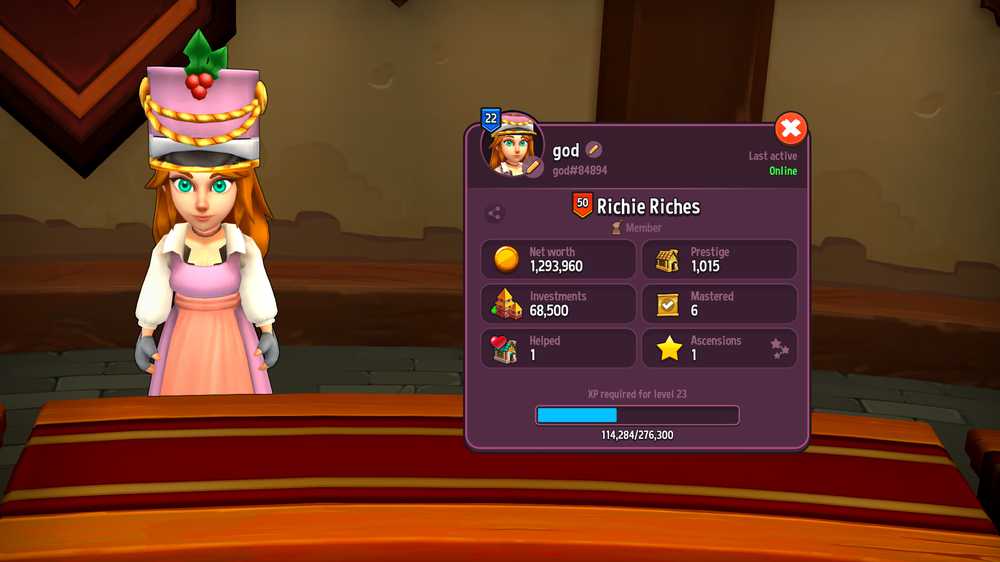 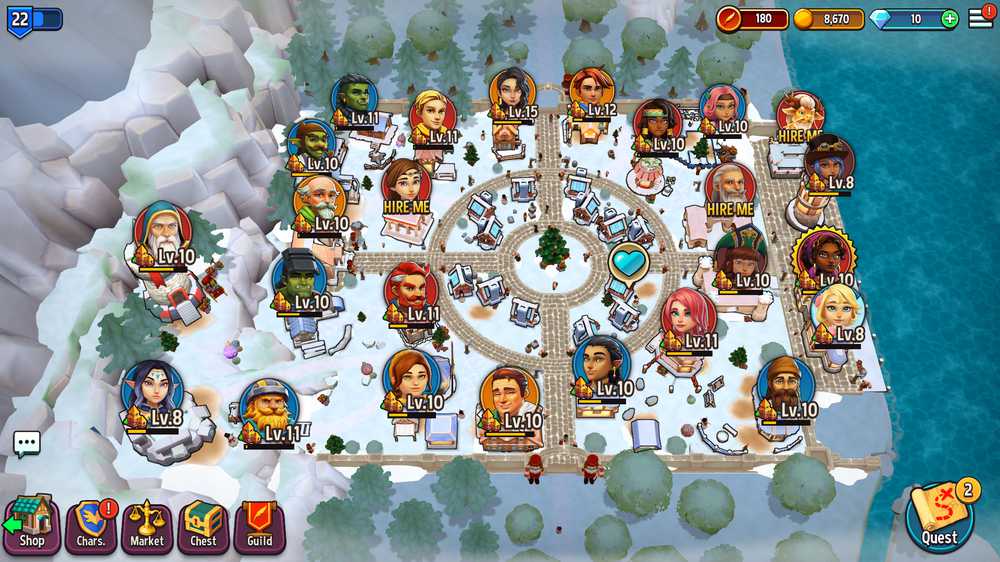 Yeah those free idle games can get really addicting. I play a lot of stuff like that. Sometimes they're real lifesavers for me because it gives me something to do even when I have no energy. I've never heard of that one. I really like Monster Super League and Pokemon Quest lately. Sounds like you lived a day in my life lol