I played MHRise Demo with my sister this morning. It's cool! A quarter of the time we probably run around and tried to find the way or climb on walls xD

And i managed to mount the Rathian (target - mitzuzune). But i was lost as i thought it was like the previous games but no, it was that control thingie. My sister rode the bird wyvern later more professionally. We failed both attemps. One has way toi little health! I hope one can get more with food etc. In the real Game. And that the max potion increases max health as well.

And i've got a Problem with my plant 🪴.

We had had a fly Problem a while ago. It got better but we still have some black small Flies here. I read on the internet that those could be "Trauefliegen/Trauermücken". If so very Dangerous for plants. However - It's said they lay larves into the soil and they're visable... I never saw similiar, but still there were so many flies flying around the plant and crawling across. Now (we had brought out the pots with the new soil that seemed to be the Problem a few weeks ago and i vacuum cleaned as many flies i could get) i've only seen one or two in my room (in the kitchen you find them in your drinks. Ew. Don't leave them uncovered).

We put used coffee powder on the soil and put matches in it. In mine we also recenrly put "Natron". Everything was said to kill the larvas. If there were any. I do hope there were not as they eat the inside of plants, the roots or so. Mom dried the coffe powder, or she said so, yet it still "schimmelt" and it always feels wet.

Today i noticed another few leaves had fallen out. Last time it were mainly leaves that had turned yellow that could be removed too easily. But now even green leaves just fall off. And at that place some white milky liquid escapes. Is my plant sick? Or how my sister suggested too much shadow?

I removed the christmas deco (i had put small golden and silver ornaments and red bells there) and placed it on the floor. I don't have Something higher to put it on near the window. Tomorrow i'll put it on the windorse after the window was opened. Hopefully it just needed sun. Otherwise i don't know what could be wrong with it. I also watered it today, though it was wet under the ... Uhm... Where the plant is in, the one that has holes in it. (Pot) 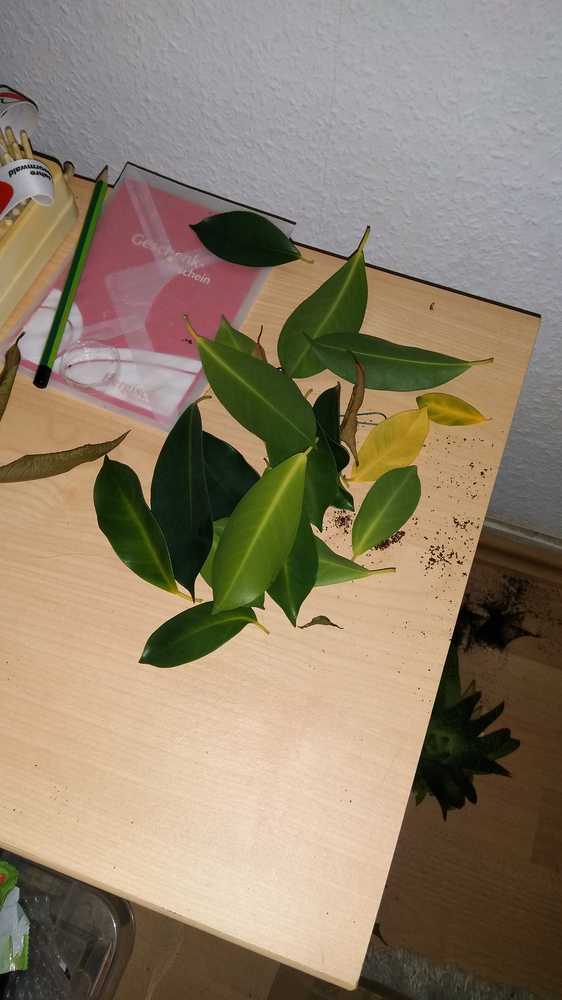 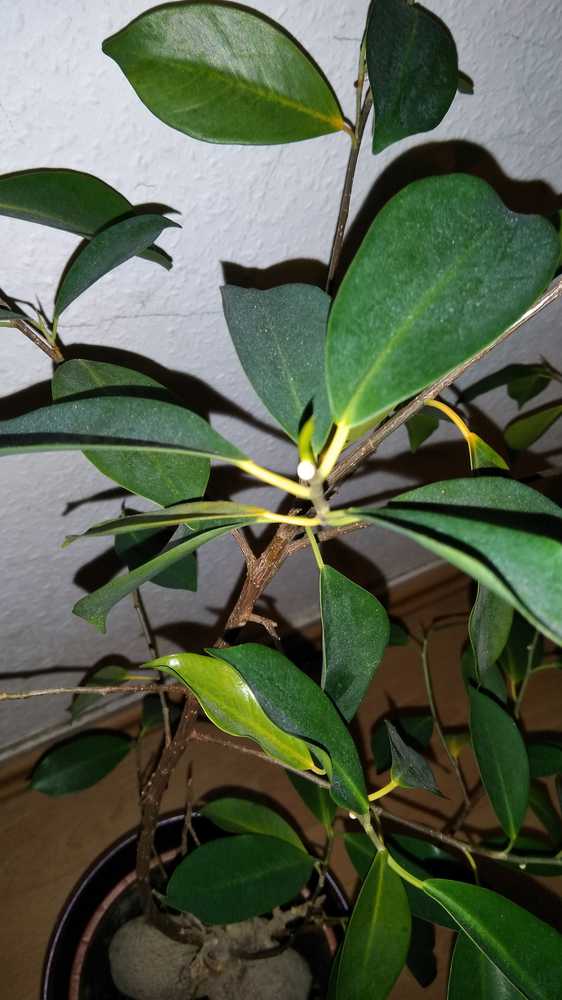 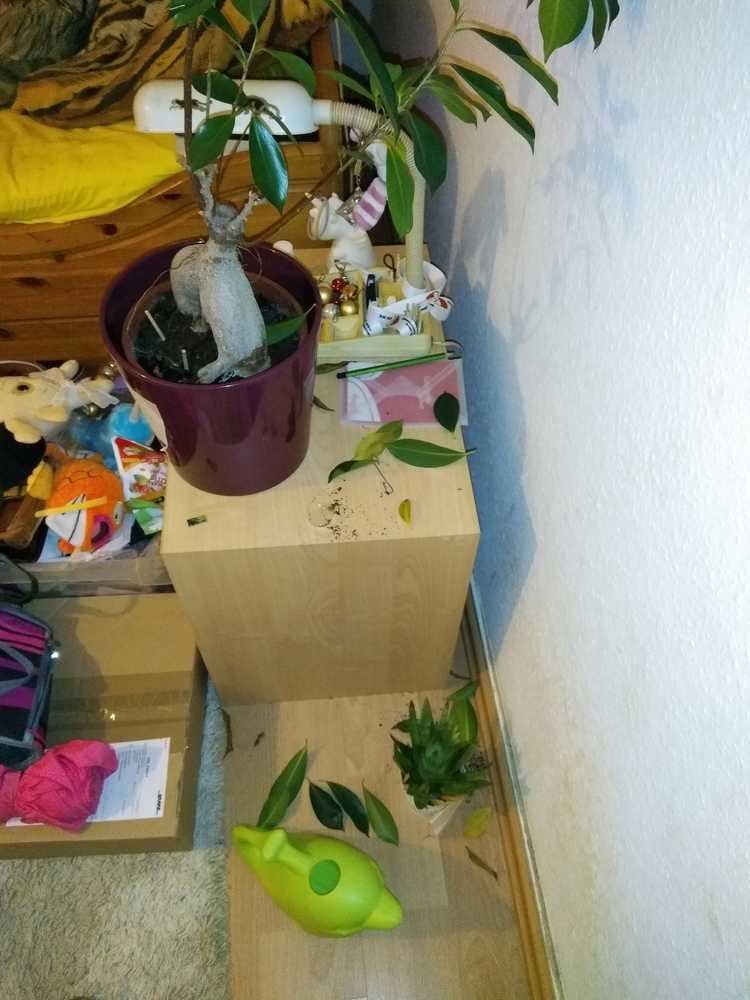