Today is Saturday, January 9th 2020 and I continued from where I left off yesterday. I just kept playing around with my computer some more, setting things up, and doing some more things here and there. I installed the game Skyrim and played a bit of that. Actually, I played a lot of that. This is what my timelog looked like for today:

Whenever it says "Productive - Misc" that's basically me playing around and setting up my computer. I did that for many hours. I also realize this only tracks 23 hours instead of 24, I don't know where that 1 hour went, probably for watching videos.

I think I worked on catching up on my journal entries that morning first. Then I played some games, and that was relaxing. I wanted to see how fast my computer could load and handle Skyrim, a classic game from 2012. It was able to handle it quite well. Although, pretty much any machine nowadays can handle Skyrim well. Sometimes the computer is able to load areas so quickly the loading screen doesn't even come up or it's just a flicker of black and then the room loads.

In the game Skyrim, in the Jarl's building in Whiterun, there's this glitch I discovered where you can shoot an arrow at anyone below and then just backstep a little bit to become completely hidden. I was able to level up my sneak and archery skills a few times by using this technique. I just found it on my own. I built my character to become an agile sneaky archer kind of character anyway, he is a Khajiit which is this humanoid-cat race who have agility traits.

I'm not even going to bother leveling up any magic or warrior things. Actually, there is no way to prevent leveling up those activities because joining the Warrior's guild and Mage's guild requires leveling up those traits. So the game forces you to become a balanced character even if you only want to specialize in one thing.

Anyway that game was fun. What I was really doing though was procrastinating on studying for my final math exam which I scheduled for taking that night at 9 PM. I started studying at around 5 PM, and by 8:30 PM I realized I wasn't ready yet. So I decided to push it off until the next day. It's a proctored exam, so I had to reschedule with my proctor to the next day at 1:50 PM, and this involved a $5 re-scheduling charge, no problem.

I watched some random videos after rescheduling, because I knew I had another ~18 hours roughly before my real exam would start. I made my computer look cool again. There's just one more thing which I think can be improved, and that's a panel bar that tells me useful information such as date, time, CPU usage, battery life, etc. Right now I view the time by just typing in timedatectl, which is a crappy way to view the time.

That was my entire day today! 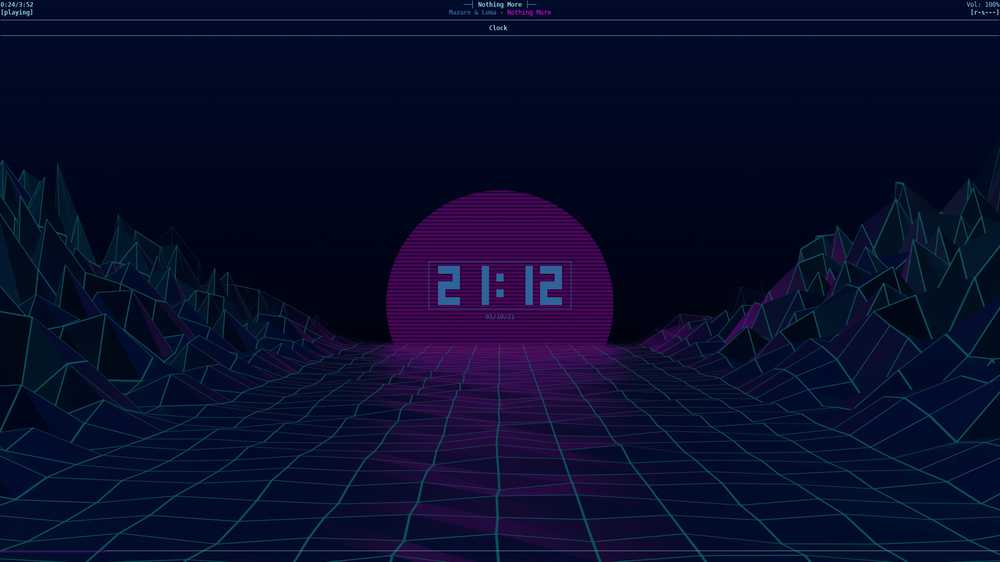 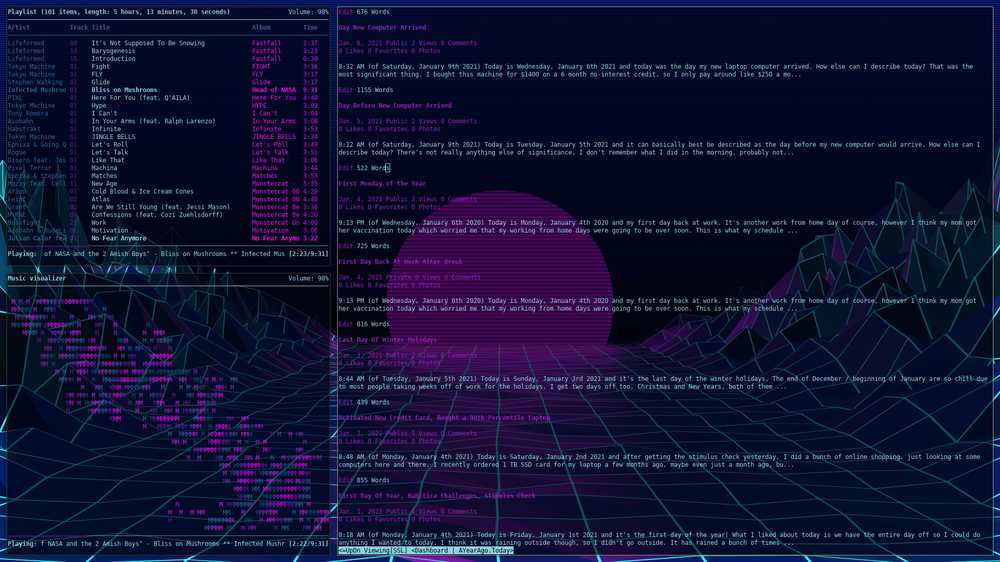