I'm finally caught up on all my recent entries for this year. I have to check if there are any entries from last year that I still need to write. There's still a bunch of things I'm behind on that I need to catch up on.

Things are very chill for now because I'm done with classes for a while. Next term though I'm going to be signing up for some very difficult classes. Eh. I don't know if I'll be able to pass them with my kind of procrastination and discipline. We'll try though. I mean I could get an A in every class if I just paid attention and did more than minimal effort. I've been keeping a timelog of everything I do, and basically I start on homework on the last day it's due a few hours before it's due.

I'm given a week to work on every homework assignment, the weekends are especially ample time, and yet I'm only working on assignments last minute. It's a shame. I need to improve in that aspect. I skip out on doing the homework so early because of how big the assignments are. Often they require reading more than 20 pages a week of textbook content, and with math and other technical subjects those pages take much longer to digest. If I did homework early, I feel like I would go through the pages one by one, which isn't a bad thing, it's just something I have difficulty with.

Anyway I woke up this morning at around 5 AM. This is because last night I fell asleep while working on a personal project, I basically just passed out without meaning to, and when I woke up I was in front of my computer and it was still on, all the lights in my room were still on too. I spent most of the early morning catching up on some journal entries. I wrote yesterday's entry, and then checked the previous day's entries if they were okay.

At around 8:30 AM, I got hungry, so I ate some breakfast. I have had this "only eating after 12 PM" streak going on for over 2 weeks now, but I was really hungry this morning, so I just ate something. I'm trying something new though, maybe "eat only until 3 PM" and then after 3 PM I can't eat anything. It's going well so far, I haven't eaten anything since around 12 PM, since I just didn't bother eating anything and then before I realized it, it was after 3 PM and so I can't eat anything now until tomorrow.

I made a goal list this morning right before work started, for things I wanted to accomplish in 2021. I used AYearAgoToday's planner, and I made it my homepage. A few of the things I listed were mandatory anyway, such as completing this year's taxes. So I need to do those. All I know is that it's going to be a pain with all the crazy things I've done last year.

Work went well today. I helped one of the clients out with a problem they were having, although after further investigation the issue was actually on their side and they would be the ones able to resolve it, not me. They sent a bunch of emails today with other issues they were having. Then there's extra work for this other client. All of a sudden I'm very busy again.

I played Beat Saber a few times during breaks, and I went through two shirts that I filled up with sweat. I'm starting to be able to do the hardest songs in the game now. I can see the notes coming as they approach, and I can hit them. I only fail the stage when they reach the point when there's like 50 notes coming at once every second and I feel like there's no way I could hit those notes.

After work I did a bunch more customizing of my desktop in order to make it look cool. I mainly worked on adding the taskbars at the top and bottom of the screen. I made mine very cool looking. There could be some more improvements here, such as changing the font. I just left the font as the default, which I think leaves a big room for improvement. Anyway this took me several hours to complete and the screenshots are the final result.

That's pretty much everything I did today. I'm probably going to play some Beat Saber before going to bed. I feel like I can sleep early tonight. We'll see. Anyway I'm gonna play some beat saber.

Alright I just finished playing Beat Saber. I'm better now than a month ago, but that doesn't mean better score. There's this one song called Rattlesnake that I pretty much got nearly perfect like the first time I played it. I played it again today and got 100k less points, about 15% less points, than my score today. It's weird because I'm better today than when I first played that song, meaning I've gained more experience since then and have played harder songs, yet I'm scoring worse.

I think maybe I'm fatigued right now. It's a very rare experience because I have played Beat Saber for hours on end a few times, like 2-3 hours before the battery would die and I still had full energy. When I played tonight, I started strong, and then it felt like my body didn't feel like hitting the notes anymore. Like my arms felt heavier and they just wouldn't move as fast.

I wonder what I look like playing some very fast songs like the entire Reason For Living song at 130% speed, or whatever that "Faster" setting is. I played that song tonight, and there's this super combo section where there's like 100 notes coming all at once, and I played it. I did that part 2-3 times tonight actually because I would fail on the next part where it repeats that one section near the beginning. Yeah you have to pass this same exact section near the beginning to reach this point, but for some reason I failed this repeat section a few times.

I watched some Boondocks lately. I think it's a hilarious show. Possibly hugely racist, because it stereotypes black people and white people in exaggerated ways. Most white people in the show are extremely well-mannered and proper, while black people in the show are portrayed as thugs and gangsters, these portrayals are comedic of course. It's what makes the show very funny, but I like how "real" the writing is for the show.

There's this one character named Thugnificent, who is a rich celebrity rapper akin to conglomeration of 50-Cent, Lil' Wayne, Lil' John, and a bunch of other rappers. Anyway he's portrayed as this super rich rapper who lavishly throws money away basically, he spends it on upgrading his home to a mansion, he built himself a lot of statues of himself, his doorbell is a woman in a bikini he hired to say "Ding Dong" whenever someone rings the doorbell. He also has a bunch of Hummers and sports cars and he wrecks them at will and doesn't care.

Well in another episode he becomes completely broke, and I just love the portrayal of how he's a regular guy. He had to find a way to get his money back, so he worked on making a new album, but clout alone doesn't create sales, and his album bombed. With his fame he was able to market his album well by getting on radio stations, and of course he has celebrity contacts and such, but his album still bombed. He resorts to selling crack in the streets, and at the end of the episode I think he gets a job as a UPS driver. What's incredible is how realistic that is. I don't see big celebrity musicians today bombing their sales, but it can for sure happen.

I also didn't notice there's a lot of vegan-related elements in the show which I thought was awesome. In this one episode called The Itis, Robert Freeman opens up this restaurant for "Soul Food" which basically served a bunch of fatty junk food animal flesh. The Itis is the name of the restaurant, and it's what Robert Freeman describes as happening after eating a huge meal, when a person feels really sleepy after eating.

Well that actually only happens when eating hugely fatty meals especially when eating animals, because I eat huge meals all the time and don't get "the itis". I sometimes go to restaurants with some people, and they order their animal flesh which they just can't live without for some reason, like yo can you go a meal without having to kill another animal, and I'm ordering some vegan meal. When we leave they're like "man I feel so sleepy" whereas I'm like, I pretty much never feel that way. It can happen though if I eat hugely fatty meals, but when I'm getting a lot of fiber and whole foods in I don't get that sluggish feeling at all. Food is supposed to rejuvenate you not make you feel tired.

Anyway Huey Freeman, one of the main characters, reads some passage from the book "How To Eat To Live" by Elijah Muhammad to an employee of the restaurant, probably about something related to how the pigs are treated and then cut up and served, and the employee ran out of the restaurant throwing up. In the episode "The Fundraiser" or whatever, Jasmine, a recurring secondary character, kept mentioning "I wanna donate the money for the animals" and by the end of the episode she donates all the money to Peta which is awesome. In the episode "The Fried Chicken Flu", when asked if she wanted to get some fried chicken she mentions "Fried chicken is murder" which was also awesome. Several times in several episodes Huey Freeman and the other main characters eat fake meat, the characters explicitly state "this is a veggie burger" or "this is a veggie sausage", and I think that's freaking awesome. Yo I never noticed those things ever, I guess it's been a long time since I've seen the Boondocks.

Why'd I start watching the Boondocks again? Because I've seen practically everything else. I've already seen every episode of Futurama, South Park, and Rick and Morty. I don't like the Simpsons, Family Guy, American Dad, or any of the other comedy cartoons as much, though I like the Simpsons most out of all of those. Oh I've also seen practically every anime out there, and as a result I have gotten bored of the entire anime category as a whole. It's all about main characters with extraordinary abilities who always wins. That's what practically every anime is. There is always something exceptional about the main character, they are always the "chosen one".

So my boredom of everything else, lead me to the Boondocks. Why do I even watch it? Boredom.

Anyway that was my day today. I'm not even feeling sleepy. I'll probably watch some videos or something before going to sleep. I'll post my timelog here and review tomorrow.

It was a very mixed day today with a lot of different events going on. I spent the last hour of the night from around 11 PM thru the end of the day at 12 AM (and extending a little bit, but that's in tomorrow's timelog), looking up and watching adult videos. Overall I don't feel like I'm going to be paying for anymore adult videos, because my imagination is better and pictures and previews are enough for me to make use of my imagination. I really want to stop, but, it's hard. Well, not really. I just have an impulse to do it, and I think that's hard to control. 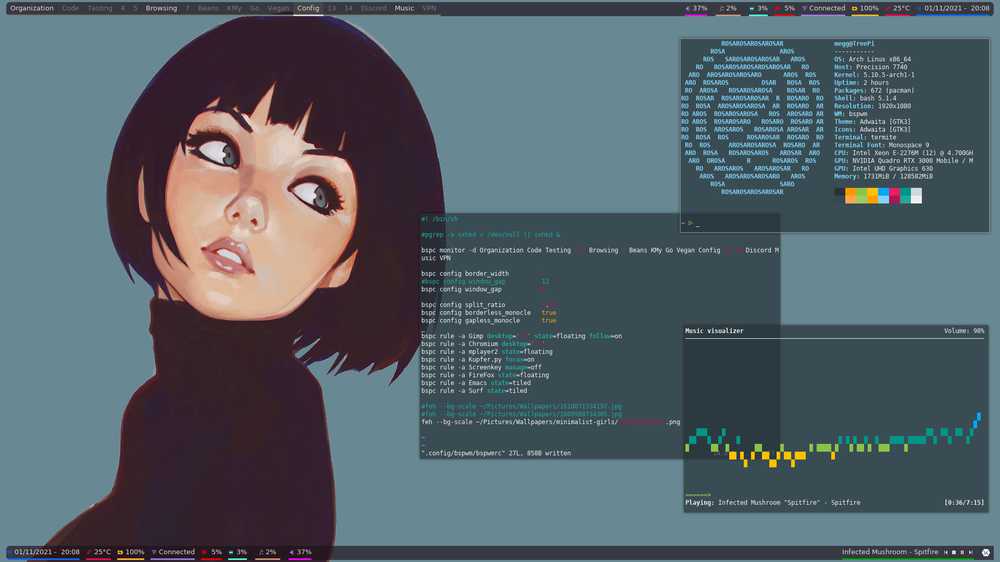 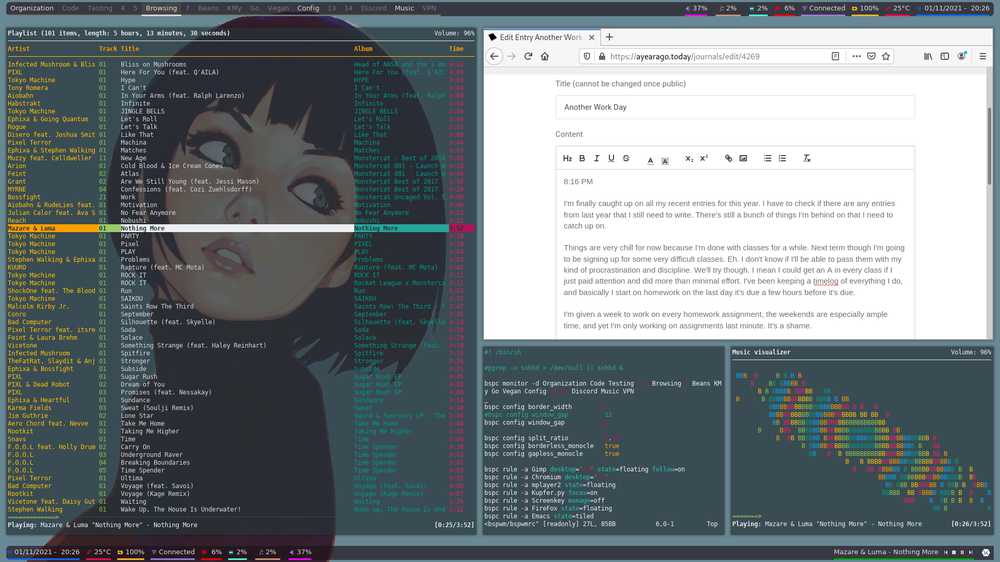