Today is Saturday, January 16th 2021 and I had a very physically active day today. Yesterday was quite an energetic day for me, a day in which I just felt very internally alive, very joyous, and unstoppable. When I have those kinds of days, I don't know why I do this because it just ruins the entire thing, but I do an adult activity while watching adult videos and this usually leaves me feeling drained afterwards. It's especially those days in which I have a bunch of energy and I'm feeling very elated, that I especially do this activity.

Last night, at around 10:30 PM, since one of the biggest adult websites, Pornhub, took down 99% of their videos, and since none of the other adult websites had much of the content I watched, or I've seen them already or they were just previews, i had to rely on buying some. I paid $30 for an adult video which is quite a lot for something I'd only enjoy for a short period of time. Anyway I enjoyed that purchase, with regret, and then I went to sleep last night. It was a video similar to many I've seen before and similar to my imagination, and there was no point to it. I don't know why I sabotaged myself after feeling so good, with something so bad.

I woke up this morning not feeling quite as energetic as I was yesterday, and I didn't get that much sleep. I got around 7 hours of sleep, a bit below 7 hours, although my timelog says I got over 7 hours. That's because the rest of that time was sleep later that night, I just combined all the sleep I had that day both from morning and night. This is what my timelog looked like today:

I worked on catching up on some pictures for the day that morning. I was behind by about 4 days of not having updated my log daily, but I was able to catch up today. My dad cooked up some vegetables again that morning and I just cooked some pinto beans and black beans, we had leftover rice and lentils from yesterday. I just combined all of that into a great meal that morning of rice, vegetables, black beans, pinto beans, cilantro, and flax seed. For vegetables my dad cooked up, we had broccoli, carrots, mushrooms (technically not a vegetable), baby corn, red bell pepper, and potatoes just cooked together. Maybe celery was in there too.

Last night from watching the gut microbiome video (https://www.youtube.com/watch?v=un90A52gX-Y), I learned diversity of plants which equals diversity of fiber was key to a healthy gut microbiome. Meat and other foods without any fiber have little or harmful effects to the gut microbiome. So other than the reason that meat is unnecessary, it takes up multiples more resources and land to produce than plants, the fact that it tortures and slaughters hundreds of millions of animals unnecessarily daily, and we know of other harmful effects it has on health, gut microbiome health is yet another reason to just entirely stop eating meat. Very simple logic here, I'm very surprised anyone argues against this when it makes clear rational sense. It's cheaper to eat this way too.

I worked a bit on my finances today, lots of tax related items I had to work on, my W-2 arrived and I can start filing my taxes now basically.

After catching up on my photos, I played Beat Saber for an hour. Today was very boring. I played Beat Saber several times throughout the day for a total of a bit over 3 hours, and there was barely anyone else online. Rooms did not fill up easily, and often I'd play with only 1 or 2 other people. When I did play against people, no one was good. I either got first place rather easily or no one else was able to complete whatever song we played. People also voted for very easy songs like Crab Rave often, ugh, that song is too easy. I can play through maybe more than half of Crystallized now. I fail on that part where there's that huge wave of notes coming in. It's similar to that wave in Reason For Living, but it lasts much longer.

After Beat Saber and eating breakfast, I felt very bored. Okay I could have studied some security like I started, on Thursday, but I thought I would do that later in the day. What else did I do? After that I think I played Skyrim just to pass the time. I felt very bored, even though I knew I had work to do, I just couldn't get myself to work on any of that because I felt like there was so much time in the day.

Anyway throughout the day I'd play some Skyrim here and there, and I'd play some Beat Saber here and there. At around 10 AM I felt so bored, and full of energy. This is the same mistake I made last night. Remember when I said when I felt like I had full energy I'd do some adult activities which drained my energy? Yeah I did that again that morning. Just 13 minutes, but that was enough. I used that same video I purchased last night for $30. Even though it was novel last night and something I lusted for enough to pay $30 for, I'm bored of that video now.

I ended up taking a nap at around 12:30 PM because exactly of having drained my energy an hour before. Doing that activity just tires you afterwards. There are days though when you can do that activity several times a day, which I often have, but it's not great, and in general it's very tiring. I often tell myself, pretty much every time I do this, that this is the lats time. No more. But then I do it again the next day. Like my sleep log, I have a log of most times I have done this activity since I started tracking it. Then I have a log from 2019 too, and that's not pretty. I basically do this activity almost twice the amount of days there are in a year.

I woke up at around 2 PM and then I just browsed the Internet I guess, and maybe played Skyrim and Beat Saber again. At around 4 PM I felt so bored. I just went outside and started walking. I walked for around 40 minutes, and then as I was heading home I saw my parents outside and they were getting ready to go to Wal-Mart. They use my credit card to buy the groceries, so I came along with them in my car. We filled up my car's tires first because one of the tires was flat, and we went to this Sheetz gas station which offered free tire air instead of $1.50 or $3.00 at other gas stations. Then we went to Wal-Mart.

My parents bought whatever they wanted to buy, a bunch of random foods, no animal products, and a bunch of household items like laundry detergent, soap, and whatever. I bought a bag of potatoes, some leafy vegetables, and barbecue sauce for those potatoes. I think that was all I bought. Our total came down to $80. I'm fat and overweight myself, but probably like 90% of Wal-Mart was fat and overweight. Holy crap. Everywhere I freaking looked, every single person was basically hugely overweight. There was this one line for "Wal-Mart Returns" and people kept their 6 feet distance, but as I saw that line while leaving the store every single person in that line was horizontally big. When I'm walking outside, pretty much everyone I encounter is a normal and healthy weight. I guess it's a very different atmosphere compared to Wal-Mart.

I've lost about 11 pounds this month already, so I'm losing weight at a pretty good pace I'd say. It could be a little faster, but it's not bad. I can't wait to get to a healthy weight again and start attracting some women again. Do I even want that? I don't want kids, I don't want a relationship. Mainly because I enjoy being alone, and I enjoy my freedoms of being free to do whatever I want without the responsibility of taking care of kids, and I think there's too many people in the world already.

My genes are not special, I don't care if my lineage dies with me, it won't die anyway because of my family members who do have kids. If I ever feel like having kids, I could just adopt in the future. Even though I'm perfectly healthy, no allergies, no sicknesses, average American height but above average Asian height, pretty above average facial appearance I'd say, probably average intelligence, too many people already have the traits I do. It's really hard to find a decent partner too, not only because of how competitive it is to be a male in the dating world, but also because most good women are already taken at my age. I have some friends that can get 100+ matches on dating apps just by signing up, however most of us guys including me barely get any matches. Anyway too much effort, not much reward for what I'd have to do to get in a relationship.

At home I watched the microbiome video with my dad. We started it yesterday, but he fell asleep like 30 minutes in and I just said we'd continue it the next day. I also just browsed Steam a bunch last night, looking for some new game to play. I was so bored out of my mind even though I had tasks to complete, they just weren't urgent. Anyway that was my day today. 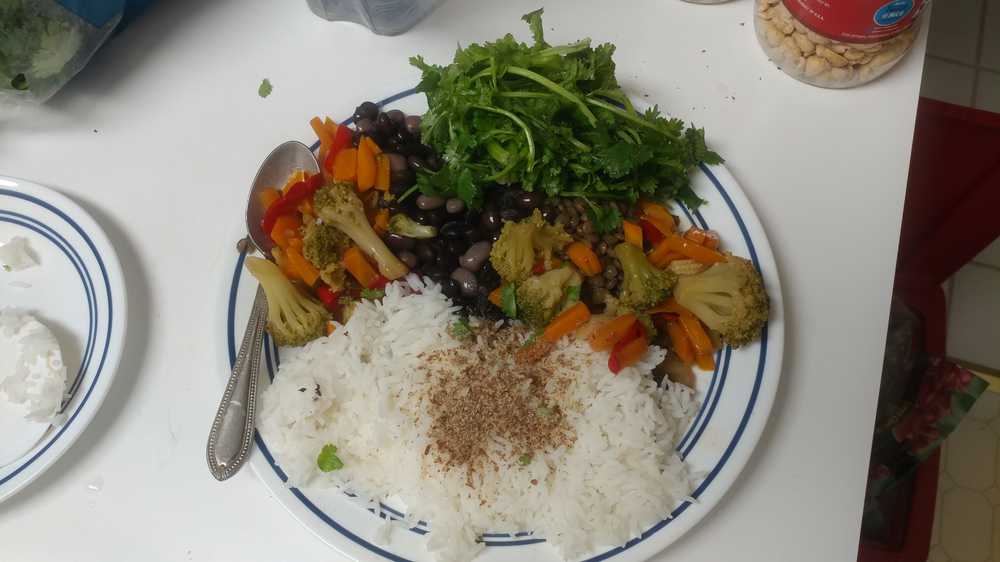