Today's raid session was stonewalled by Light Rampant, which is notorious for its iconic levels of bullshit.

"Done this with four groups and it's four hours of bullshit every time," said Kan. "You know I love you guys because I do Light Rampant with you."

HGR drew us an explanatory diagram. I'm not even going to try and explain this one, but you can view it in all its glory below. It was actually very helpful.

After two hours of practice, newbie came to a conclusion about Light Rampant: "It blows."

We're making slow progress. We can usually form a bowtie. We can sometimes do the cones. We're figuring out the orbs. We're starting to figure out the other cones. On two occasions, we technically cleared the mechanic since the rest of us all died but Dante survived via tank privilege. Prog! Prog! Prog!

A couple thoughts about dps: 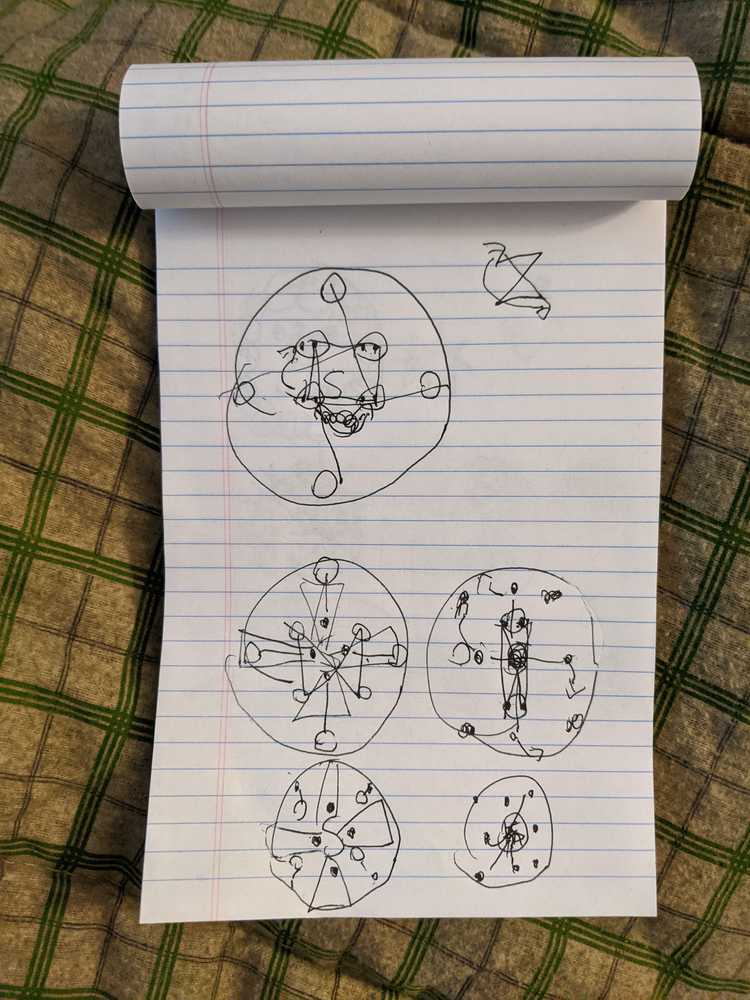