I've started playing Slay the Spire. I had a disastrous first Ironclad run and died to the Champ in Act 2. After that, I had a successful run with heavy coaching from HGR. He recommended Fiend Fire. I was like "Do I really want to exhaust my entire hand? Is that okay?" but in fact, it was more than okay. I made Fiend Fire innate, and I had Bag of Preparation for +2 starting cards, and a first-turn strength boost; so in random battles I would basically just open by melting someone's face off. It was the good life. For boss battles I'd wait to set up with Inflame+ x2.

Next I tried out the Silent. My opening run was, uh, moderately better than my first Ironclad run. I relied pretty heavily on my Bouncing Flask+ (*boing* *boing* *boing* *boing*) (very satisfying), which worked well enough for the early/mid-game, but tapered off heavily later on. I also had PHANTASMAL KILLER, which doubles the power of all your attacks next turn, which sounds great; but it doesn't do much when you're using Bouncing Flask+ and then doing your best impression of a turtle.

I was fighting the Act 2 boss (the Collector) when HGR noticed I was playing Slay the Spire and the whole squad (him, numbers, and newbie) came over to watch.

"I notice a lack of any of Silent's good cards in this deck," said HGR.

Then I drew Wraith Form. "Okay," he said, "ONE of Silent's good cards."

Meanwhile, newbie did a lot of harrumphing. He's a natural backseat driver. He can't help it.

I streamed most of Act 3, but by then it was past 1:30 am so I went to bed. HGR indicated he did not think I had what it took to get past Donu and Deca. ("What do you know about Donu and Deca?" "uh. they're a couple. and you can eat the donut. well, I can't eat the donut, because I don't have the cards for it, but you ate the donut." "I see.") He was right. My dps was wildly insufficient. I used both my Wraith Form+ cards early, and they ran out before the bosses were dead, and that was that. (HGR, later: "That's probably the first time I've seen someone die with multiple Wraith Forms." rip me)

Fun game though! My favorite encounter is the three regenerating blobs. HGR suggested that it might canonically be the same three blobs every time you encounter them; they've just regenerated since last time. 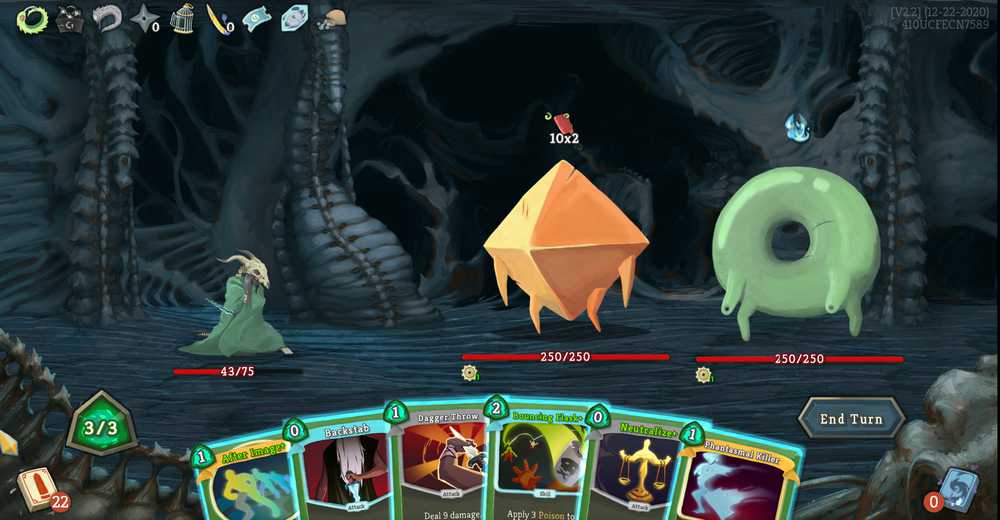 @iyazo It's a lot of fun! I've watched my friends streaming it some but only now gotten around to trying it myself.