Phew! Finally this week is done. We just had our colloquium (which turned into a consultation) since there were some things that didn't satisfy the panelists. However, when the results were announced, our paper got accepted, but with minor revisions. Hopefully we could get it done and right this time.

After that 45 mins. of session, I felt drained and hungry, since I only ate 1 bread and coffee for breakfast. Also my head hurt. I got nervous with presenting, but in the end it was all for nothing haha. I was supposed to cook pasta if our paper gets accepted, but I feel like I don't deserve to eat pasta since there were minor revisions. It felt like it wasn't a sense of victory for me, so I just ate spam with rice and a banana instead.

Then, I texted my close friend to share about what had happened. We talked, and eventually she invited me to play Genshin Impact. I ditched my work for a while to let myself rest. So we played together and chatted for the whole afternoon. I keep dying though, and she's always the one who was able to defeat most of the enemies we've encountered xd. It was fun talking to her again since it's been a while. We've talked a lot about our old school, friends, former classmates, career, and how both of us were always being asked about "why are you so quiet?" back then in JHS.

I ended my day by watching The Promised Neverland with my best friend. I feel like it's rushed, since the manga is already finished. I *might* read the manga though if ever I start to dislike with what's happening. But my lazy ass might not haha.

glitch in the game #bagalpldt 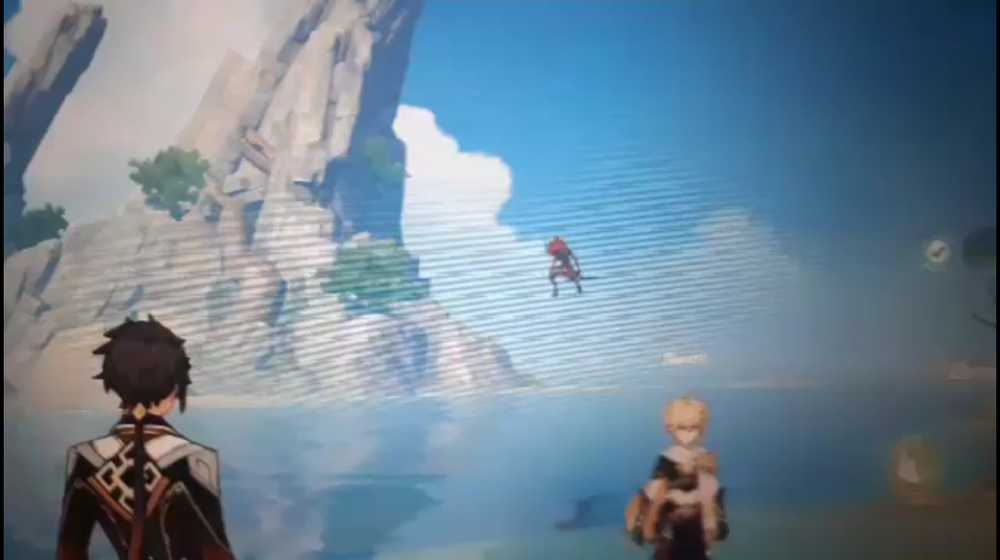