Today is March 10th 2021 and it's the first day after I slept in my new rented apartment. Last night I just slept on the floor, on top of a blanket as pictured, and it's really not bad. I have no complaints about it, I don't really care if I have a bed to sleep on or not. My dad insisted to get me a sleeping bag at least though.

The rest of the day was mostly the same as a regular workday back in the US. I just worked remotely working on things here and there. I was able to fix something I wasn't able to fix the day we left the States. I worked on it for 30 minutes or longer on Thursday last week and wasn't able to figure it out. Working on the same issue today, I got it done pretty quickly though, and I don't even remember how I found out the way to fix it. I attribute this fix and many others highly due to luck. Though of course every time I do something new too, I learn how to do it and can do it again next time without as much difficulty, but more often than not I'll attribute what I'm able to do due to luck.

At around 5 PM today, my dad and I went out to go to Wal-Mart. The apartment we are renting is in a gated community, and it's much more securely gated than the gated communities in the States. There is no way to walk in or out if you don't have the key. The walls in and out are too high to climb, and there's also barbed wires at the top. There are car arm barriers, but you can't walk to the outside by just going around them either because there is still the large physical gate that has to open. So for cars to get in, they wait for the arm barrier to raise, and then wait for the gate to open, and then they can go in. In the States, I remember you can just walk around the arm barriers if you're on foot to get in or out, here you can't.

So we waited for a car to exit, and when the gate opened, we just went out with it. Then we got on an Uber to go to Wal-Mart. Had to wait 20 minutes again for them to arrive, it was a 10 minute driver to Wal-Mart, and I tipped the driver $15. When we got in, the entire first floor was for groceries, and the entire second floor was all the non-food items. We only bought two large bottles of Ragu pasta/tomato sauce for $2 each to add onto the beans and rice we cook, and then went upstairs to buy some furniture.

We ended up buying a large foldable 6' table for $50, a foldable chair for like $23, and a sleeping bag for $15 or something. I bought an extra monitor for my computer for $125, some speakers for $30, and mousepad which was extremely expensive at $17. There were some other things we bought like two pillows, a screw driver and pliers, and I think that was it. We were concerned whether or not all this would fit in an Uber, so that was all we bought. In total everything was around $315.

There is a big price discrepancy between some items though. The chair was half the price of the table, but it's extremely tiny compared to the table. Also the mousepad was just a mousepad, and it was almost 1/5th the price of the monitor I bought. Although I'm barely using this second monitor right now, I'm going to buy another $125 monitor of the same exact kind to match it, just so I can have this cool looking 3 monitor setup.

It took us around 30 minutes to an hour for an UberXL driver to show up. The first guy that we matched with took forever to arrive, even though he was only 3 minutes away, and then he cancelled after idling near us for 5 minutes. Fortunately we matched up with another UberXL but had to wait another 20 minutes for him to arrive. This driver spoke perfect English and we talked about a bunch of different things like Hurricane Maria, road traffic, different cities near the capital, etc. I tipped him $10.

For dinner we ate the same thing as the day before, just some beans and rice and half a giant avocado. We bought some pasta sauce though that we can add on top to make it taste better. That also doesn't need any refrigeration, I think. I would say that fridges and freezers are mainly used for storing animal corpses, beverages, and vegetables, and since I don't eat any animals and will just drink water, there's not much need for any refrigeration at all.

Anyway, I wanted to make a cool battlestation computer setup, but my current setup is my limit. Just gonna add one more monitor, and that's the entirety of my computer setup. Are there are any other stores I can use besides Wal-Mart to get parts for my setup? It would be a dream to have a standing desk and a treadmill underneath. What I can try is stacking two of these tables on top of each other, and then seeing if I could stand up and use the top section, or sit down and use the table at the bottom. That would be a cool computer setup too, but I'm not sure if it will work because if the top table is pushed out of balanced then everything will fall over and break.

That computer pictured there is my beast of a machine. 128 GB of RAM, 3 TB of SSD storage (upgradeable at any time to 8TB of SSD storage or greater if I ever came close to even filling up 500gb), 6-core Intel Xeon processor, 6GB NVidia Graphics card. It's a 17 inch machine and it's a beast. Retail is $5k for such a machine, but I managed to get it for $1200, and I explained how in my entry when I bought it whenever that post was. 128gb of RAM is overkill for most people, but I probably use 60GB of ram at any given time now, running several virtual machines with 8GB to 16GB of ram each. What sucks though is I can't get my second monitor to work with my favorite operating system. I have several operating systems on my computer, so I can get it to work with the others, but not with the one I mainly use. I'm still getting a third monitor just because it looks cool, and I may eventually figure out how to connect an external monitor to my favorite OS.

In the last picture, to demonstrate how close the buildings are to each other, I'm on the balcony of my apartment and the flat bright area in the picture is the roof of the next building over. Extending my arm out from the balcony, my hand overlaps the top part of the roof of that building. So like I mentioned in a previous entry, buildings are built extremely close to each other, within feet in a lot of cases. Sometimes buildings are even directly touching, or it looks like they are. 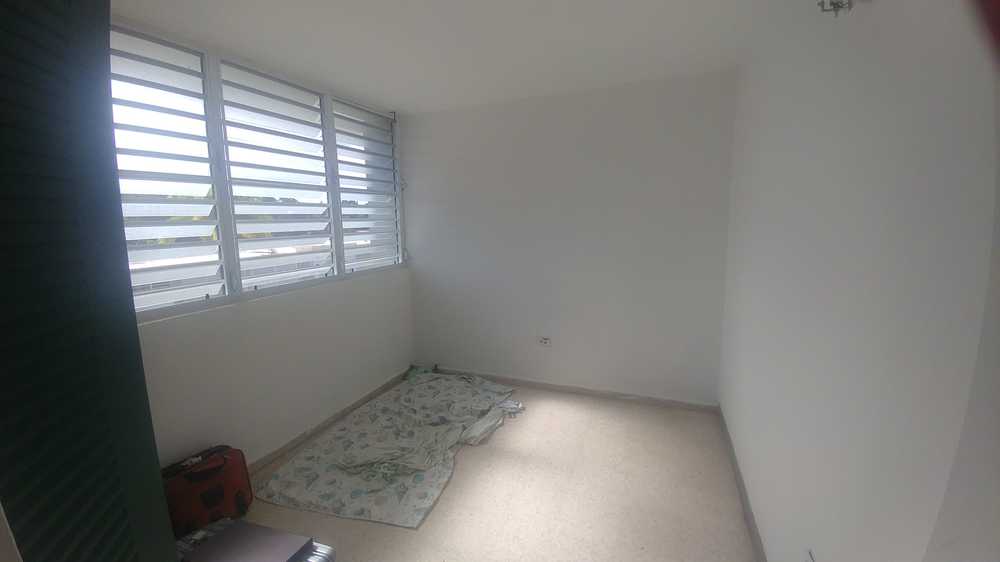 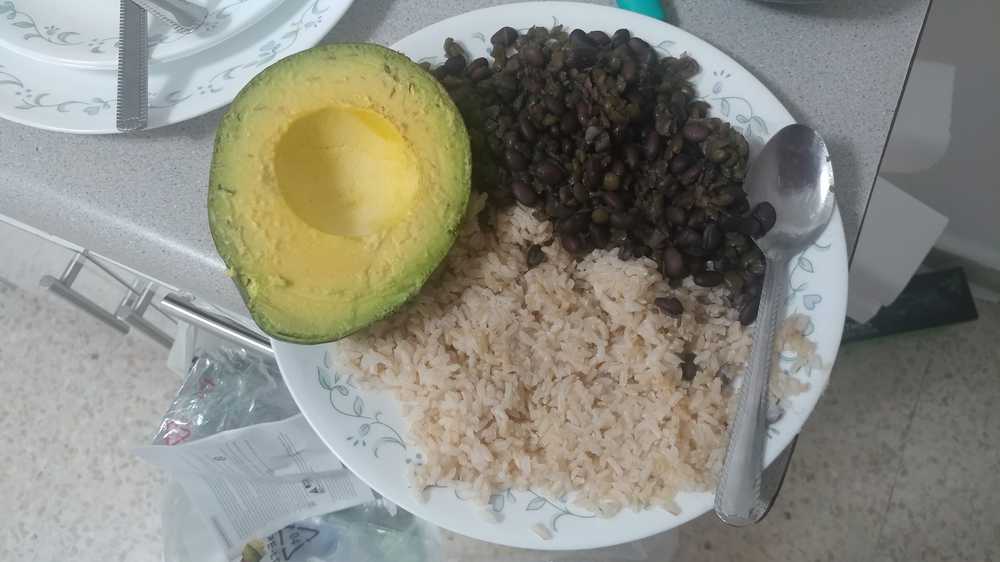 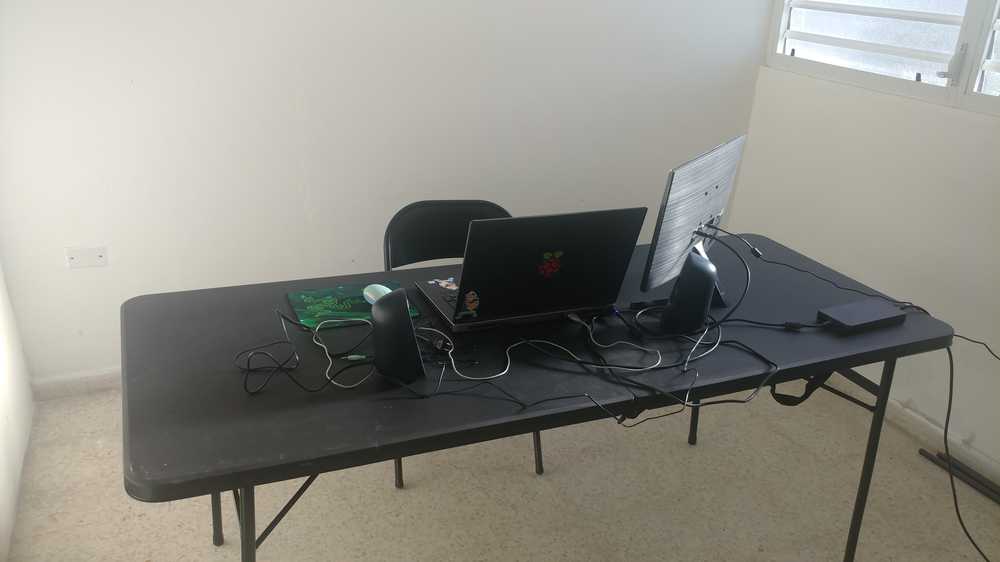 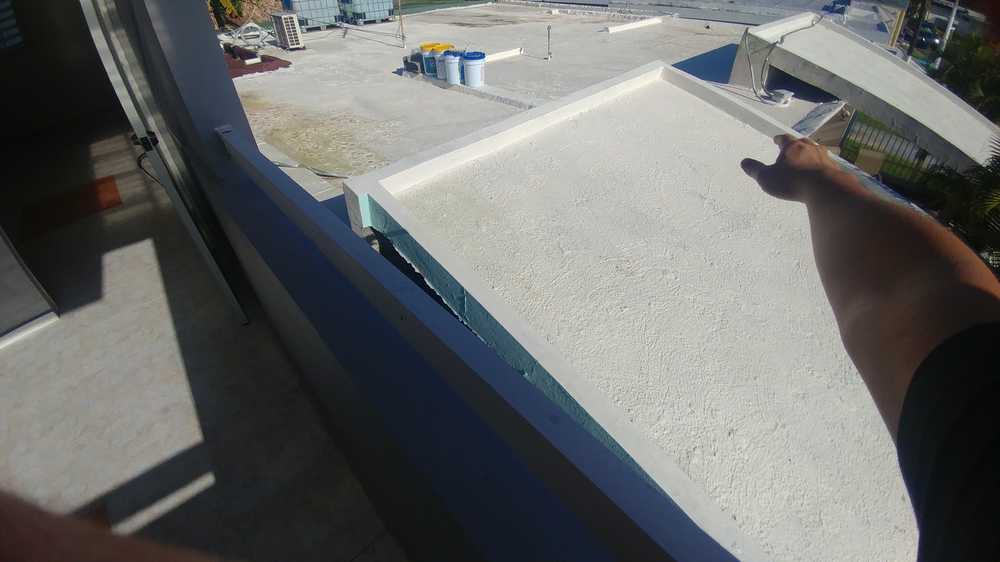 Even without animal products, I'd consider a fridge and freezer pretty essential for sauces (BBQ sauce, curry sauce, pasta sauce, etc.), leftovers (more convenient to cook bigger portions + set aside extra meals), and easy-cook frozen foods. I also refrigerate stuff like bread so it lasts longer, especially in a hot climate. That's just my own eating/cooking style though.

I'm really enjoying all your entries about moving! It's been very interesting.

@Achaius yeah I went to Best Buy today and there were a few mini-fridges there for around $120. Very affordable. I'm just gonna go without a fridge the entire time though to give myself a fun little challenge. Glad you're enjoying the entries! 😊