Last Friday, around lunchtime, the boss called to inform me that there were plenty of covid vaccine slots available at Walgreens if I was interested. I said okay, I'd check it out. Less than half an hour later, she called again. Had I seen the email? (No. The email was sent like 10 minutes ago.) The email said a special vaccine clinic for employees was opening on Monday.

Looks like she wants me back in the office, huh?

I got a slot for Wednesday. So, downtown excursion hype. Also hype for fixing my jank sleep schedule just enough to catch the 9:45 am train. My natural tendency is to push my bedtime gradually later over time, and Wolvden admittedly has not helped. Rollover was previously at 1 am, but they don't do daylight savings, so now it's at 2 am. Wednesday was my first time not staying up for rollover. I was a little sad to miss it, since I had 11 pups due (3 pups from a mojave x fox breeding, and 8 prospective egg gladiators). But it was fine. I didn't get any t3s, but I did get a cocoa runt of the litter. My first runt!

The day was bright and breezy and cold. A flock of fat pigeons outside the train station were having toast for breakfast. I went to Kinko's to print and fill out my vaccination form, and then I had half an hour to walk around town before my appointment. Exciting times.

I lowkey expected the centre to be doing business as usual (which in retrospect makes no sense, but it's always a happy bustling place in my head). Instead, most of the ground floor was cordoned off, and the food court was closed. The DMV was also closed. Guess it's a good thing I never came to try and renew my ID. I was nervous about my expired ID, and I brought my passport just in case, but they didn't check either.

The clinic was well-run, basically like the normal flu shot clinics with more distancing, and I got out just in time to catch the 12:30 train. Reached home with just over 13K steps, not bad at all. Felt pretty much normal afterwards, except maybe more tired than usual? It's 10:30 pm and I feel about ready to conk out. Guess I'm not staying up for rollover tonight either. 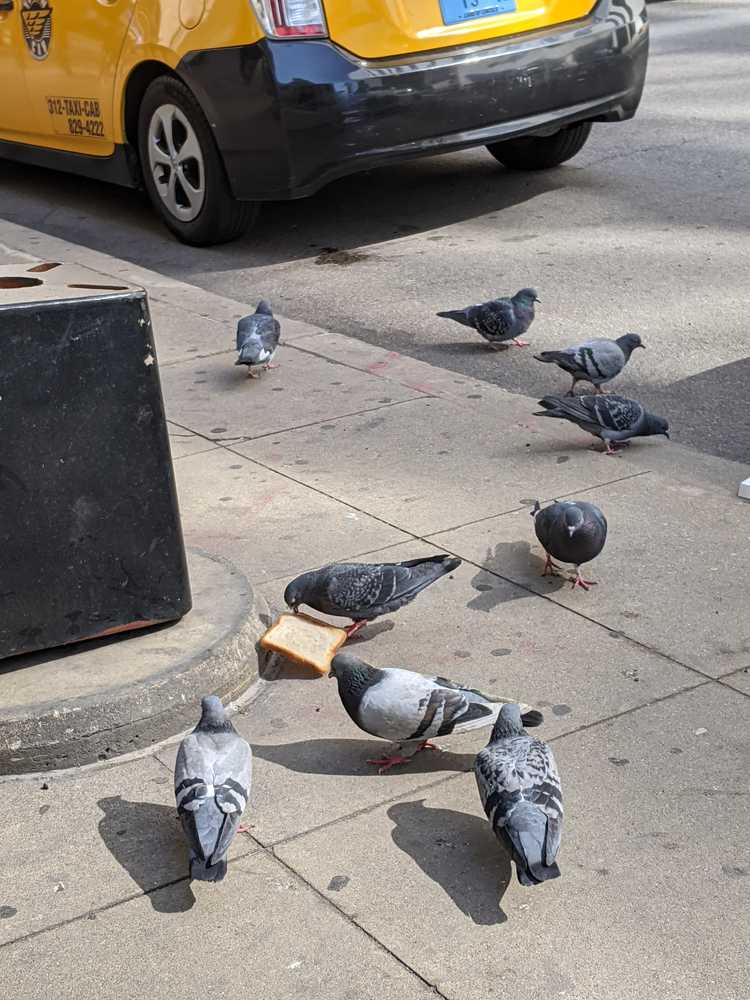 I've been hearing really hit or miss whether or not the vaccine will make you feel a little ill on the first day or so. Maybe it was just the first round of double injections that came out like that. Did you only need one shot or are you going back for round 2?

@iyazo I think it just varies by person, thankfully it turned out fine for me. Gonna have round 2 in around 3 weeks.