We took a break from Shiva for a couple weeks in March. One week, Dante was out of town, so we did Halicarnassus (Omega 3 Savage) with Tiro. The main notable thing about Halicarnassus is that she sometimes meanders around the screen, heedless of the main tank. Kan got SO MAD. This is the guy who is upbeat about everything, whether it's dying to Light Rampant for the 200th time or spending weeks without any discernable prog. But a boss that moves when it's not supposed to?? What is this shit?? HGR says it messes with his sense of control.

And then the next week, Silver overslept. You know how it is.

But we're back to the light fields now, and we've made reasonable progress over the past couple weeks. The add phase is still mass chaos, but it's fun. (west is the best) (gotta love doing a perfect add phase and then seeing the bar at 75% and being like "what happened over there??") (to be fair, sometimes it's the other way around) We're slowly working our way through the post-add phase. Shiva's mirror effects are conceptually neat but I totally lack the spatial skills to interpret them on the fly, I just rely on calls and rote positioning.

Right now we're working on mirrors + look away: Shiva spawns mirrors around the arena and then does a look-away attack that the mirrors reflect in a fixed sequence. This threw me for a loop because Kan was like "get mid!" so I naturally went to the middle of the arena, which turns out to be the worst possible place to stand. You're actually supposed to hug the hitbox of the boss, who is standing near the edge of the arena, and in what world is that "mid"? (I guess it's "mid" relative to Kan, because he's standing on the very edge.) Anyway, HGR straightened me out after raid, so I get the proper positioning now.

Our best run got Shiva to around 38%, which is notably behind pace, but everything after Wyrm's Lament is still a hot mess. Lots of room for improvement! 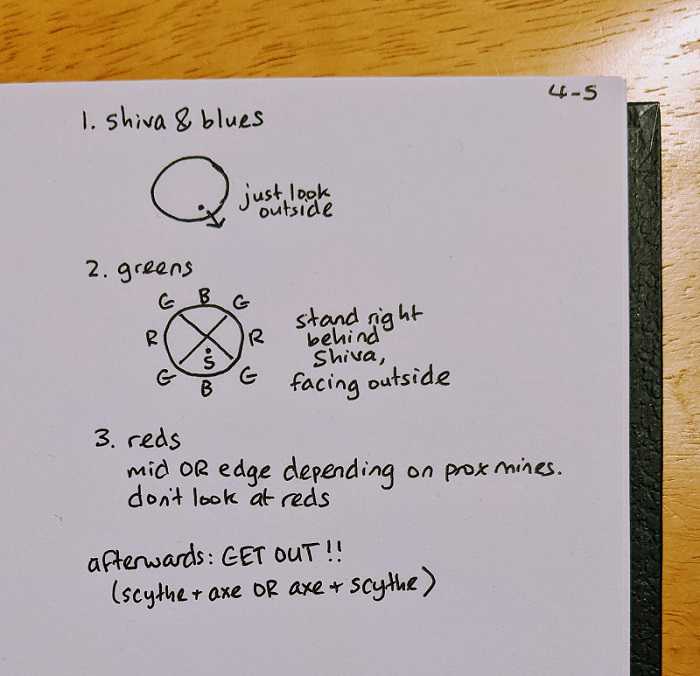