The first movie we watched I don't really remember since we basically had it on for some reason even though my parents are both in their teleconference. Them being noisy made me not pay attention to what's in the screen so I busied myself by making garlic bread which we ate for lunch with spaghetti.

Next then was The Making of The Mob: Chicago which is Al Capone. Got a few episodes on that before I started making my mom's request for this chocolate lava cake~ And then I baked! Not with an oven though. It was steamed lava cake. Still good but got overcooked so not that runny in the middle hahaha~ Gonna try again in the next few days and adjust the timing from 12 minutes to 7 minutes and see how it goes :D

After baking, we watched the movie Knives Out wich was very delightful! I really loved the staging and the reveal~ Too bad it wasn't in the cinemas when it first got out here in my country :( But so glad to have watched it now!

Last, I got up and bid my parents goodnight and went to my room. Hippo called to tell me all bout his adventure in playing Uncharted 4 which he finished in 3 days~ Good enough pace :p His stories makes me wanna play the game too. But I haven't even finished the ones I have at home :') Gaaahh~ Gotta finish my other games fast :') 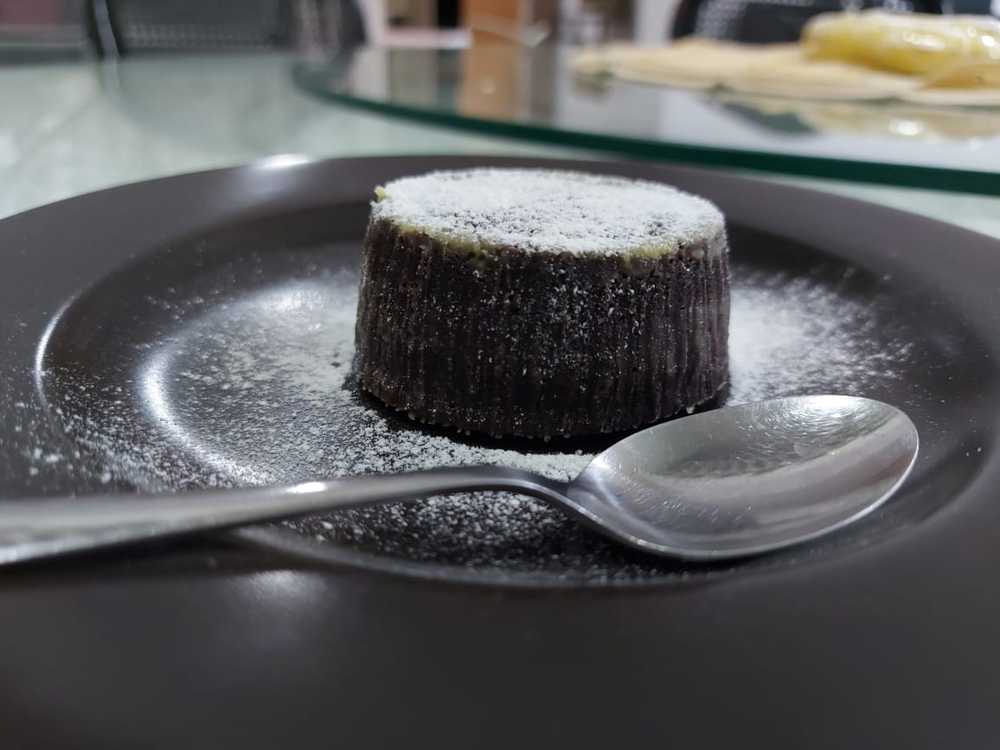 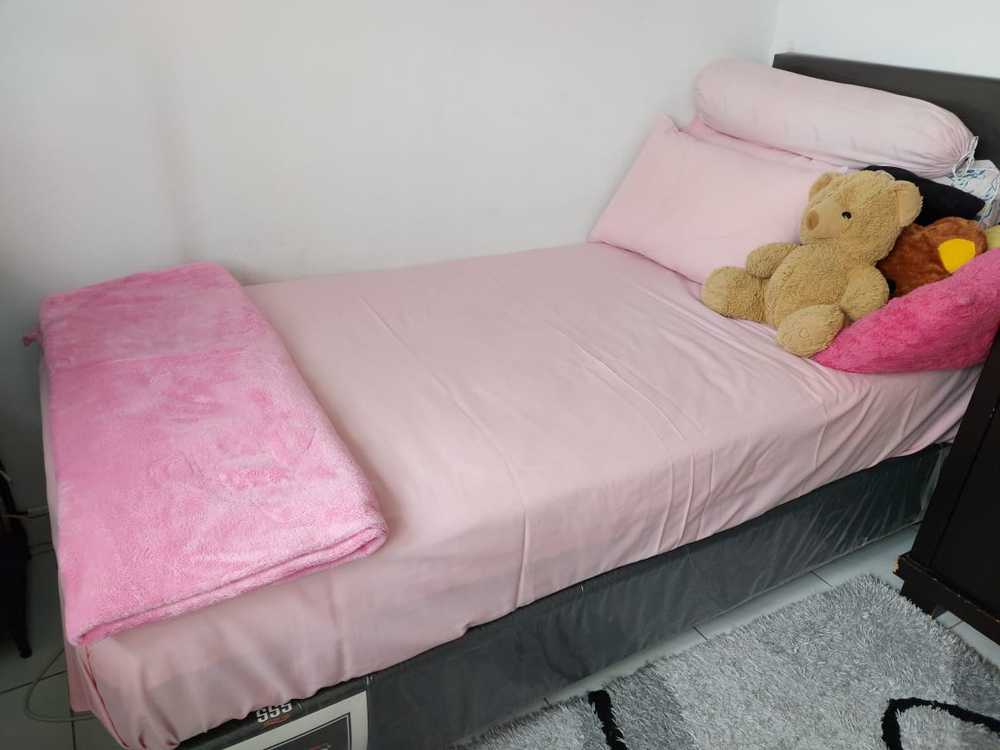 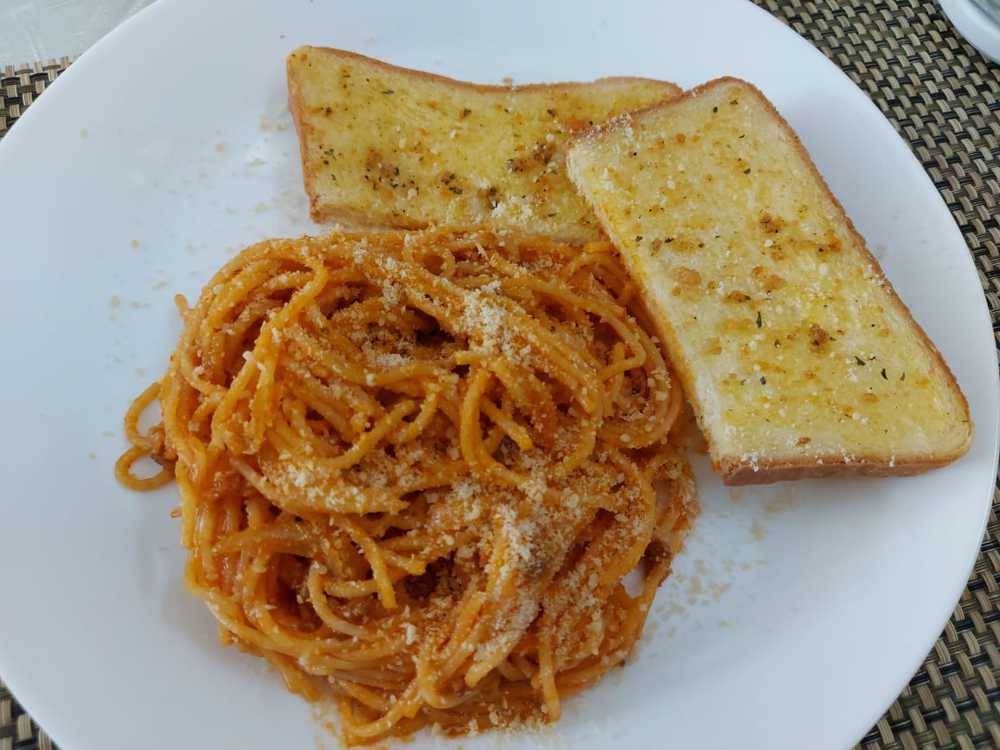 Sounds like a lovely day! I love your pictures! Mmm, lava cake! You'll nail it next time!

I really hope Hippo is the name of your boyfriend, and if it is: You are a genius. That is the best nickname to give to a loved one and I don't like myself for not coming up with it first xD
Damn Garlic bread is delicious. You guys eat garlic bread with spaghetti o.o? How come :)? Chocolate lava cake is friggin amazing :Q__
How many games are on your list xD? Wait, you live with your parents and your mother didn't freak out that you cut your hair D: ? My mother would have scolded me xD

It was! I love it! And yeah my family does, I don't really know why but that's what I was conditioned with since birth X'D I'm not complaining though it's still good~ Ends up feeling like something is missing when one is without the other :P
and thankyou thankyouuu ♡︎ the lavacake was great :3

Currently have Tomb Raider, AC: Black Flag, Watch Dogs, God of War 4, Witcher III, Final Fantasy XV, and Persona5 in my to play list :') and Hippo added Uncharted to that which is an omnibus of 3 games itself soo.. much to play! HAHAHAHA x'D

Yes I do, and my mom freaked at first. But she can't do anything about it anyways since my hair is already gone xD Also I've had this hairstyle before so she got over it fast. Now if I shaved the whole thing off.. That's when I imagine she'd flip and scold me xD

@shaiduck Best nickname, I'm serious :D Aw you've known each other for so long D: ! WOW D:
You also plated the chocolate lava cake so professionally xD Are you a chef?
They say Persona5 is amazing :D I don't know though, I've never played Persona xD haha I have to finish AC: Black Flags xD When I will have a better computer xD Same thing goes with The Witcher xD
Oh xD My mom would have still been yelling at me xD haha And then maybe cut my hair until she was satisfied with it xD ahah I think my mother would laugh at my face when I will shave the whole hair off xD

Woow thankyouuu :"> but noo~ I just like to bake.. It's the only thing I can do correctly since cooking is just hard :'P

Persona5 is fun if you like dungeon raid type of games xD the battles are good ad the story and the story itself is quite nice.. We get to transport to this other dimension that is people's heart's desire. So we get to know what's going on in their heart :P I too hope to build my own computer so I can play games :') but I'm still waiting to move to my new house then I gotta save up money too to build the computer. Hahahaa xD

@shaiduck GUUURL, whatchu talking about xD? If you know how to bake, you know how to cook xD Well I can cook, but I don't know how to bake anymore xD I don't know why but ever since I got with my boyfriend all my sweets don't come out well xD BUT I used to bake well xD haha
WOAH 17 years D: That's a lot xD
I should put Persona5 in my wishlist then :D Sounds kewl :3 Pfft a pc is more important than a house :P I'm kidding D: House is definitely better xD
If I let her fix my hair I already know she's going to give me bangs xD I don't like bangs xD She can try :D Let her experiment next time xD HAHA