the right amount of hiking

Meanwhile, back home, crisis struck. I received a phone call from my roommate at 7 am saying there was a power outage and where was the portable battery pack? OOPS I brought it with me for the trip, owned. He said the power outage had been going for 15 minutes, but his phone was at 10%. big rip. Later, at breakfast, the apartment management sent an email saying the outage was supposed to be fixed in 45 minutes, but of course his phone was long dead by then so he had no way of getting the ETA.

Thankfully, around an hour later, as we were driving through the winding forest roads toward our first trail of the day, he texted that the power was back. I was relieved.

Our first stop was the one-mile Natural Arch Loop trail. At the start of the trail, the arch was visible in the distance from multiple clifftop vantage points. Then the trail descended steeply into the valley and went straight through the arch, which was pretty cool. After that, the forest closed in around us, and that was it for the arch. It was a good walk, but afterwards we were rethinking some life decisions. For starters, Mom had planned a 5.7-mile round trip hike the next day. Did we really want to embark on a hike 5.7 times longer than what we just did? We thought maybe not.

Next, we went to the Eagle Falls trailhead. It was billed online as a 1.7-mile moderate hike, but the trail sign said it was a 2.5-mile STRENUOUS hike. We are not that STRENUOUS so we noped out of there. Instead we went to the nearby nature lodge and did a more chill one-mile loop made by the Civilian Conservation Corps. We saw a couple deer in the woods. Also, during one part of our trip, we heard a tremendous ruckus up ahead. As we approached, crows scattered in all directions, cawing furiously. Wonder what that was all about.

All in all, it was a great day of walking. I hit 20K steps shortly after we finished the second hike. Afterwards we stopped by the Brown Cow drive-in (chocolate cow!) and I got a cookie dough shake. R.M. got himself a jumbo chocolate shake. Living in style. 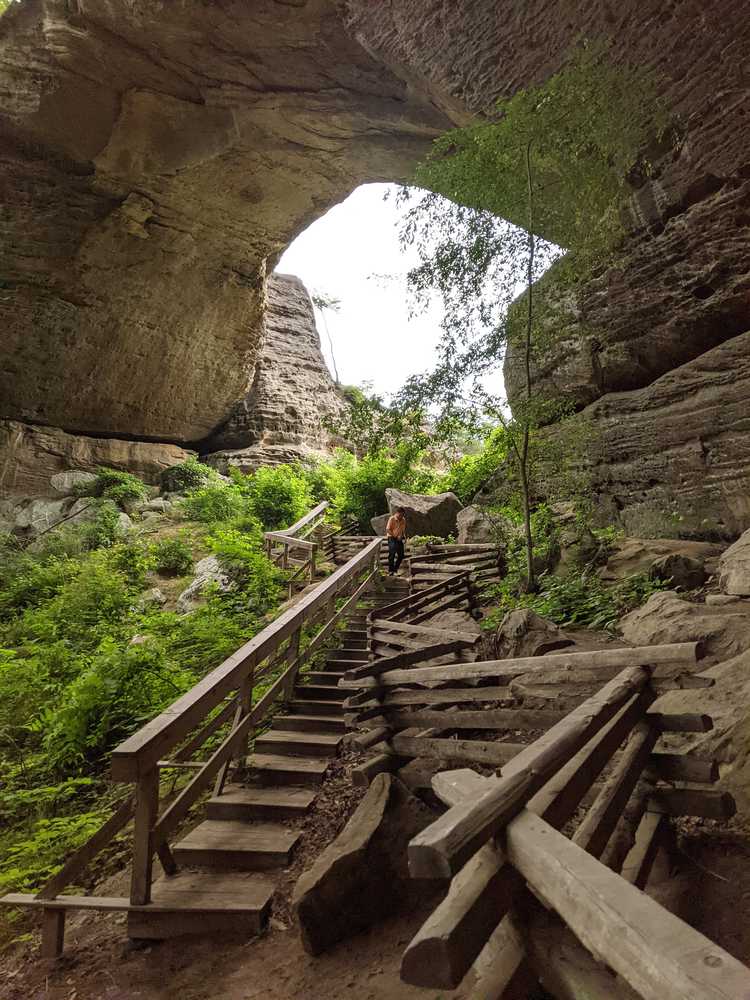