no light could ever reach us

<Silverliner> "no light could ever reach us..." - what i say when its 3 am and I'm getting a burrito out of the fridge

At long last, it's time for current content: Eden 9 Savage, featuring Cloud of Darkness. "Man," said Kan, "it feels good not to have my Eden Refulgence markers any more."

We did pretty well for a first session. Well, it is the introductory raid of the tier, after all. We're currently working on the disco dancing tile phase, which requires extreme coordination from everyone. Here's the gist of it: The floor around the boss is split up into square tiles. If two people stand on the same tile at once, the tile gives way and you fall through the floor and die. But also, if you stand on a single tile for too long, it becomes supercharged and you die. So we all have to play a very delicate game of musical chairs in which we switch tiles without anyone ever getting on the same tile as anyone else.

I was Luis' partner, and in practice, it went like this: He stepped off his tile. I stepped off my tile onto his tile, and simultaneously he stepped back, killing us. um excuse me

Also we had an extensive philosophical discussion about the meaning of the terms "left" and "right." (Apparently what's intuitive to everyone else is not intuitive to me and vice versa BUT THAT'S OKAY I get why they're calling it that way now)

It was a short session due to Silver sleeping through his alarm. But he had good news: he's graduating in a couple months and already has a job lined up. He'll be moving out to Washington D.C. "East coast!" said Dante. "Maybe you'll be able to wake up at 2 pm for raid." In all seriousness though, Silver's legit a huge success story and I'm glad things have turned out so well for him. 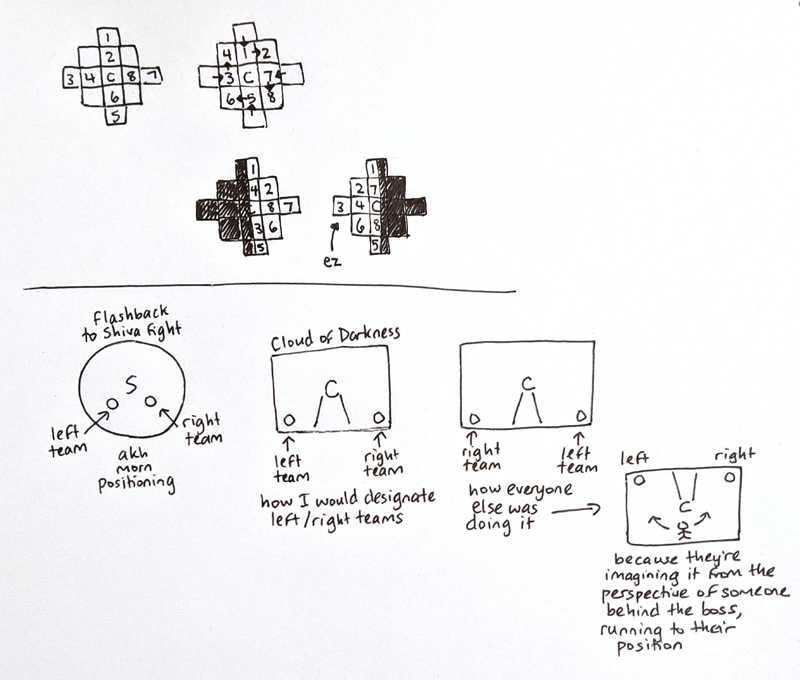