Fortuitously, my parents are leaving on vacation from Saturday to Thursday. So we got the house to ourselves. It’s the best. I love my parents, we get along great, but it’s a big relief not to deal with a host of small houseguest and/or child issues, such as: being called for family meals at fixed times; not wanting to shower or chat late at night so as not to wake them up; fielding awkward family conversations (“What do you think of critical race theory?”).

The only downside is that I have to water the garden. Eh, it's still a good deal. I'll take it.

A lot of things are a little more finicky at my parents’ house than at home. For example, trash. Dad instructed me to separate things into trash and recycling. I get the feeling this is simplified for my convenience. Normally there are four categories: trash, recycling, compost, and what looks like a trash bin exclusively for tissue paper (I’m not clear what’s the deal with that).

I’m weirdly enjoying the novelty of cooking in a kitchen that’s not my own. Everything is just a little different from how it is at home. I made pork chops Saturday night. (I used panko breadcrumbs instead of regular ones because that’s all I found in the pantry. It turned out a bit suboptimal because I think they burn more easily, so half the pork chops were a lil singed and the other half were a lil undercooked. Still tasty though.) Today I made fresh salsa from a giant garden tomato, and for dinner I made hoisin chicken using a marinade that Mom left in the fridge. (Had to use a chicken breast because there don’t seem to be any thighs in the freezer. I was concerned about it being too dry, but it turned out quite good.) 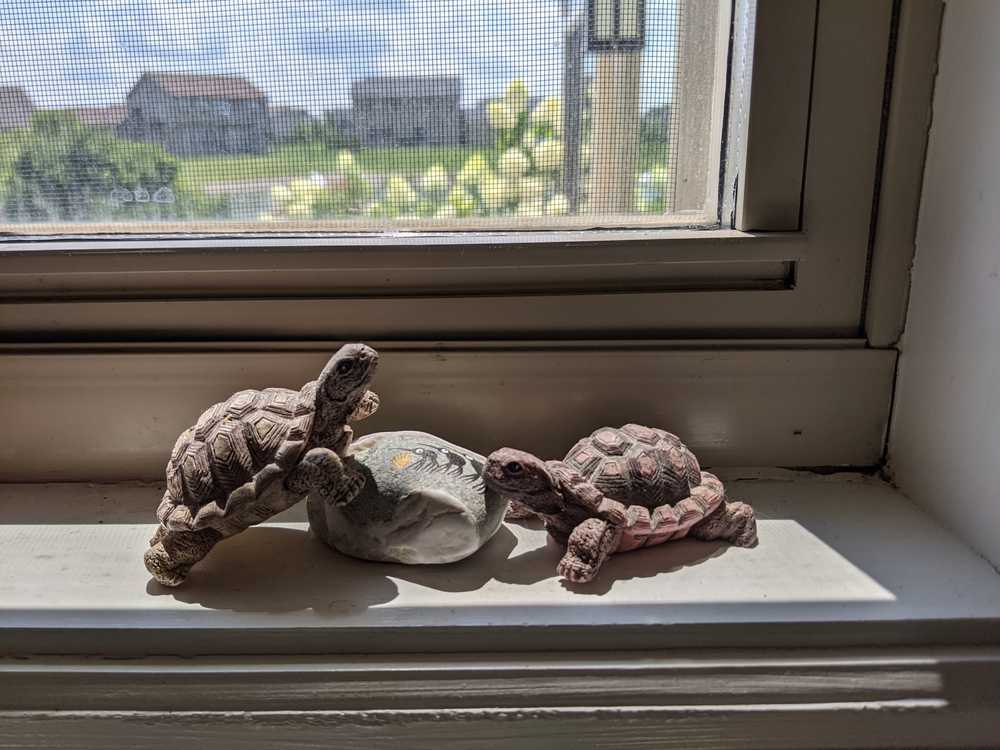 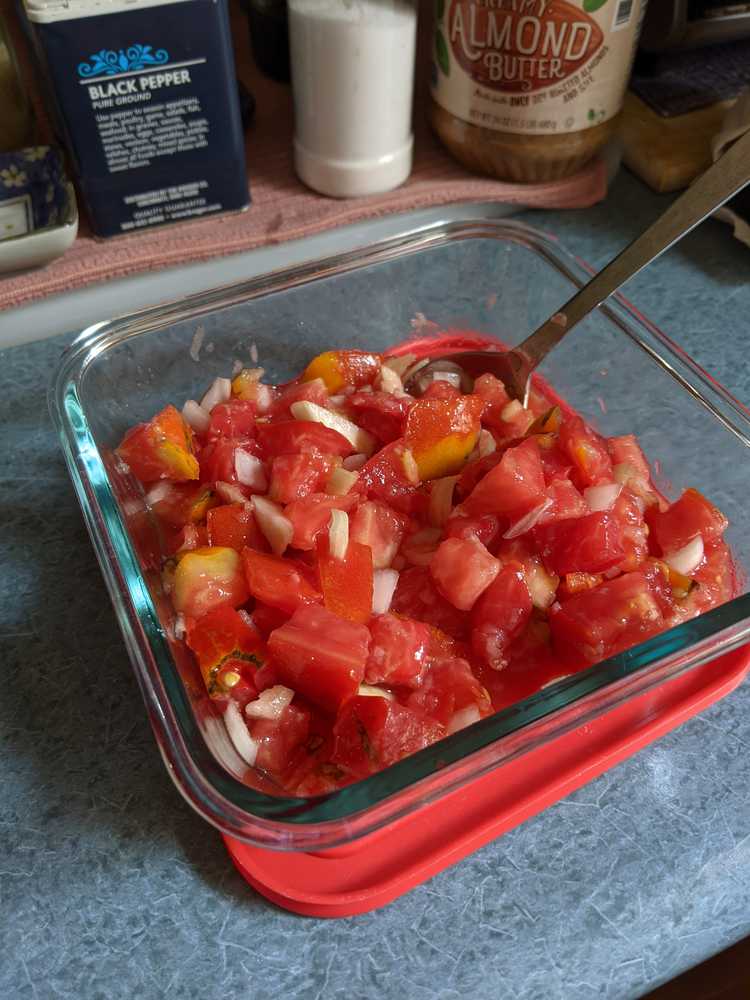