Artfight’s over! (Artfight ending on August 1, what even is this)

This year, I had notably less output than normal: 11 attacks, plus a pic for Blix’s art telephone game (unrelated to Artfight but still part of my art haul for the month). It’s tempting to attribute this to circumstances. First, this year’s Artfight was only four weeks instead of the usual five, and second, I got booted from my home due to the fire. But honestly an equally big factor was that I ran out of motivation mid-month. There was a sizable chunk of time where I was doing a perfunctory daily doodle and not working on Artfight stuff. I picked things back up at the end, but by then it was about over.

I think the novelty of Artfight is wearing off, which is not shocking after four years. But I did have more fun than last year. I was more spontaneous and spent less time stressing about doing Serious Art. So that’s one goal accomplished.

I made three pieces this month that I liked a lot:

Going forward, I don’t have any new roster plans for next year; I’m finally satisfied with my current set. Three humans, two wolves, a fox, and some variety picks (shark, kangaroo, mouse, worm) is plenty. I’m a bit surprised I didn’t get any art of my humans this year, but I didn’t draw many humans either so I guess it makes sense. 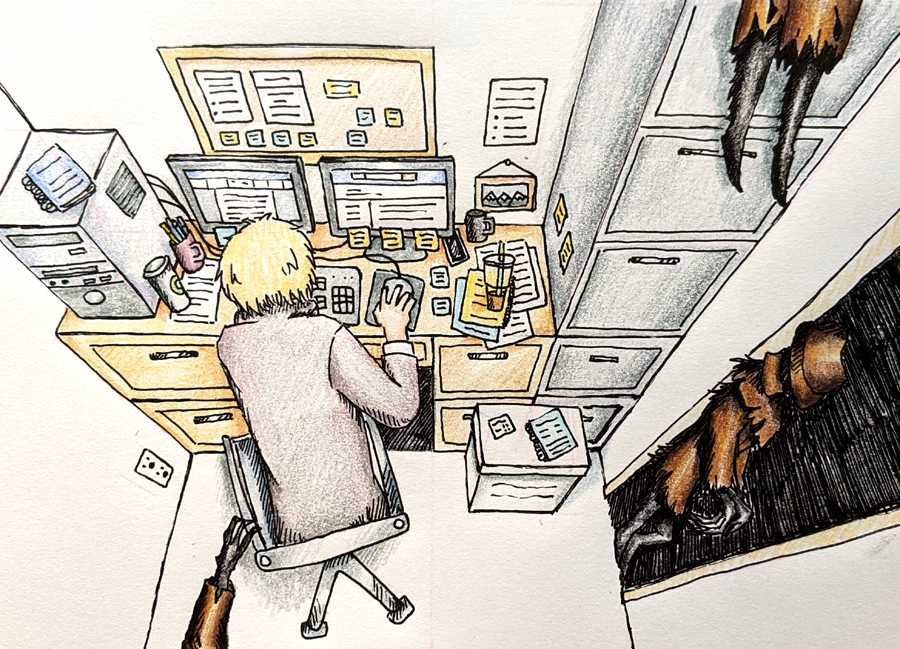 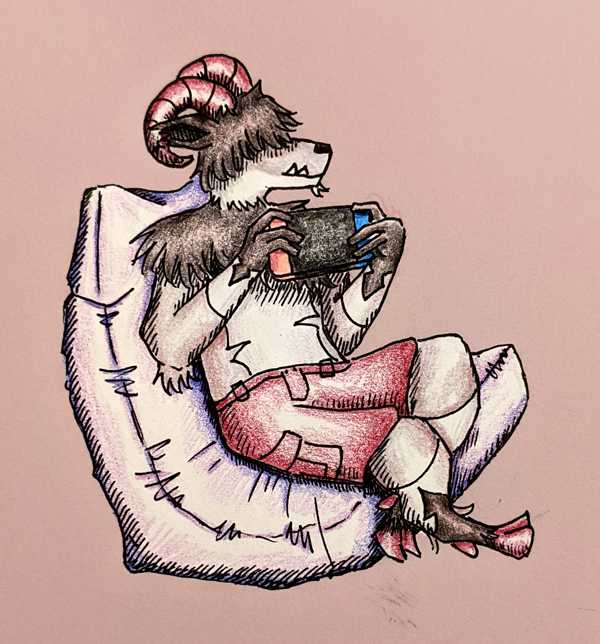