Gladiators In The Arena!

I am a tourist guide candidate who is confused about career. Today I spent my almost all time for my internship project. This year, the students have been doing their internship as a homework project. So I sit in front of the computer screen and write everyday... But while I have been doing this, I have learned so many things. Let me share some of the things I know about the history;

Did you know there are so many Ancient Greek structures in Turkey?

I want to give you some information about the amphitheatres and gladiators.

Gladiators are the warriors who are enslaved due to commit a crime, which consulted with the death penalty, or the people who want to be famous.

If someone became a gladiator to be famous, and if they are strong enough, the warriors schools were hiring them.

Gladiators had been battling in the arenas that are called "amphitheatre".

There are 2 types of a amphitheatre.

The gladiators had been mostly fighting in the full circle shaped ones.

Wild animals could be also found in the arenas. The audience chairs is higher than the arena base. Because that part was built to prevent any attack of the wild animals to the audience!

They were eating grain, wheat including high calories.

But if they are just basically the criminal warriors without any sponsor, their nutrition quality was not so good.

Usually the poor one was dying while the rich one is getting stronger.

They were using olive oil to heal their injuries, and opium to not feel the pain.

Because opium makes numb, it's basically a kind of drug.

But there are also other ways to use amphitheatre like art exhibition, theatre, music show... But mostly in the half circle-shaped ones.

See you next time! 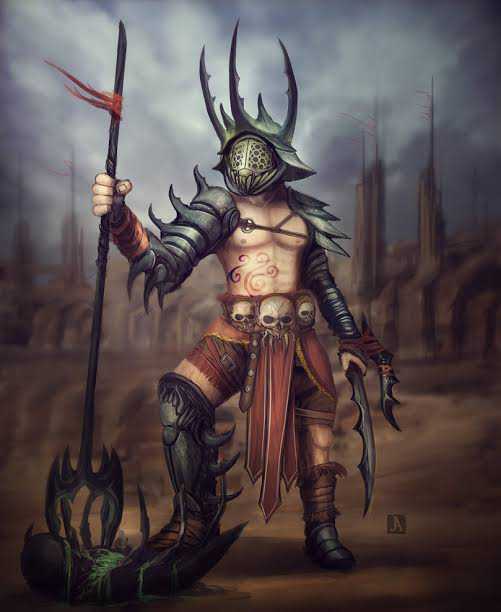 Nice! Thanks for the thought food!