I don't wanna Type everything back in, so short version:

I tried to do our WIF tasks... I seem to be too stupid to program a star! I even had to use my classmates notes and still got it wrong. I wonder how she determined these values. My first own attempt looked as if my star had eaten too much candy...

Now I've got nothing to do, as I also finished our new English tast - which was to compare our work with the solution and give a mark... Heh, I've got... a five. Which is a pretty bad mark (the worst is 6 or, 6 minus if that even exists...) . Sad thing, I knew a few things but didn't think of writing it down. Guess next time I really have to write EVERYTHING... Just good it doesn't change much. I think. Next time will be better.

Actually I wanted to math but i.. don't feel like that.. Also I got my period today...

Today is Insta-Sabbat or sth. Anyway, it means no Insta for today... No problem, I'd say.... I really should have moved it before. Because I was in thought on my phone and... without noticing I had been on Insta for probably 2 minutes..... ahhhrghhhhhh....

21:30: For flute we agreed to record sth and sent it to her, on Thursday we'll talk with her.

We've just played a fun round of skribbl.io again, Lea, Lilly, Debbie, S and I. S accidentally made photos when she just wanted to rezize the windows. even at the end. I thought I had ended the call but i just went to the chat...

I've dreamed that I as early in the room our band would play and set up cables. (In real life i wouldn't know abouit it, though). A bit later I wanted to go upstage for practice. There was my little brother and two packages of cocoa. He was very energetic and I was a bit clumsy so both of us spilled the cocoa. Then I went to get towels (ZEWA) to clean it up. When I came back, people were already coming and for some reason the whole floor was wet, like, rain water... 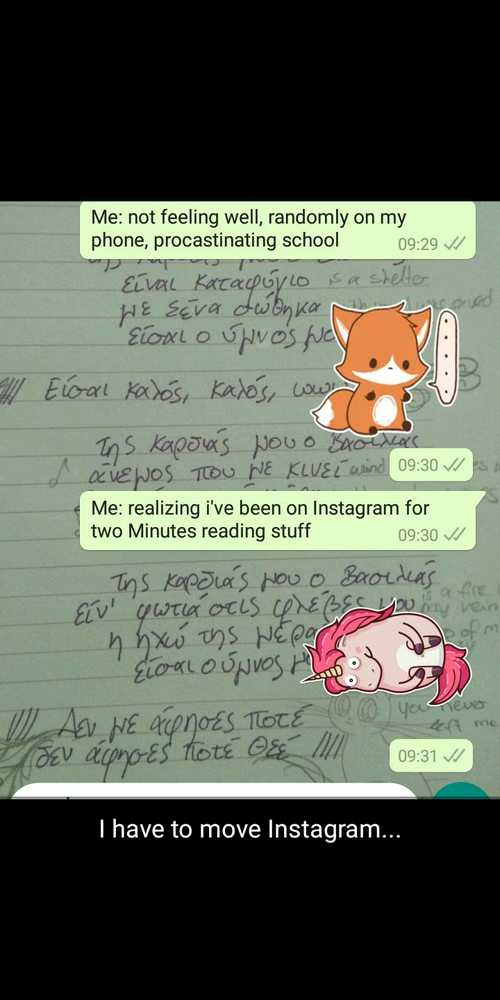 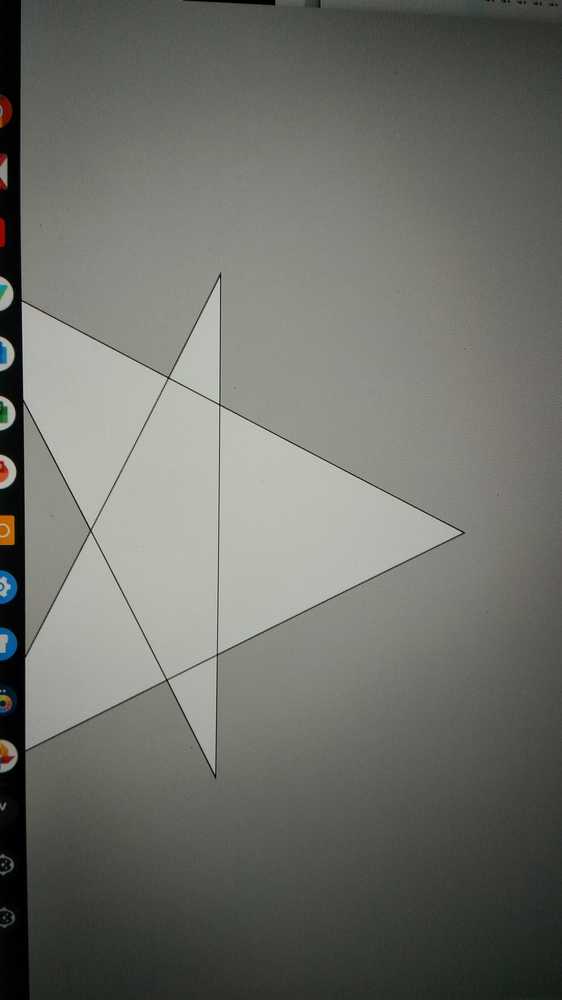 That was me the other day xD I wrote everything and lost everything when I wanted to publish it, but I logged out instead xD Totally feel you, Imma give you a virtual hug full of support! *pat pat*
Please don't waste chocolate xD Even if it was a dream xD
What do you study that you had to make a star :D !?!?
6- exists in Italy xD But it's still enough to pass a grade xD ahah
2 minutes is actually good when you're on insta xD sometimes I remain 30 minutes and that's alot xD
Good night :3

@pinenutes we had to correct our English homework ourselves. She gave the solution and this mark percentage table. At the moment we're reading the book "Death of a salesman". When we still had school I had read about half of it and then she showed us a summary video... I wanted to find out myself. I still had some hope about the ending... But at least now I understood a bit more about one charackter. And then, when I came to these parts i was always like "now he runs off" ... "okay the he runs off now"... "NOW he has too"... the summary was so short that the book version (of course) appeared so long and then I was just waiting for certain things to happen... But I still liked reading it. It's a language i at least understand, compared to the German lecture we had to read called "Nathan der Weise" which is written in such an old language.... Aaanyway... We had got tasks with questions about scenes or persons in the books or utterances we had to anser, analyze and stuff... Mine weren't that good this time. I remember, in 10th grade on my old school I always was like "analyzing is note my thing".. while I still can say that, I know it's necessary so practice is good. I hope I don't bore anypony when I write this much 😅

@pinenutes wait a minte... Do you speak German or did you translate the dream? I think now I'll edit it a bit.

Oh :) Pretty cool that you have to correct your own english homework :) Wish they would have done that in my own high school that way classmates would actually learn english xD In the end they did learn it, but not in school xD hah I should read "Death of a Salesman", you made it very interesting xD
Write as much as you want :D I will read it :D xD If you want obviously xD
NO, i do not speak german, I started learning it when there was no pandemic yet xD But i know how to say sily things like "hello. how are you?" (that's not true, I don't even remember how to say "how are you"), but I did enjoy reading your dream in german and not understanding anything xD The ony thing I really understood was "I dreamt" and "cacao" and "flur" xD haha So i just pieced it together :D

@pinenutes Oh wow, that's incredible. just three words and you know I spilled cocoa. But I know how you feel. I learn greek, i may can say "how are you" but if i had to introduce myself o.o it has different forms. As a German, I should be able to understand that as we have it too but ... I've spoken it nearly all my life, I know how it feels. The same goes with English, but there I probably make a bunch of mistakes without noticing. And some rules I do remember there. But they don't change forms for every case...

@Plesi` I love languages, even though I'm studying economy xD haha You're english is actually good :) some little errors, but it's ok :D How come you're learning greek :D?

@pinenutes I have economical subjects at school xD it can be interesting and boring at the same time. But at least I get knowledge I don't get on a normal school. Even if I'll go another way, but it looks like nowadays you even need that knowledge as a pastor. Someone said this week that the job as a pastor has changed a lot during the last years. A few years ago you didn't have to know about technichal stuff, now you need a smartphone and know about social media, and other stuff... And this way I'll understand the companies a bit more and will think about it before complaining "hey the companies make so much money because of Corona"... Although you don't even need economic classes to see they need to spend money as well (security, walls...). About Greek... It was a few years ago I looked up the job of a pastor (in school, task) or rather the studying. There it mentioned Greek. Back then I didn't know it was ancient Greek. I don't know if it was because of that, but I looked up "My little pony" songs in greek. I somehow fell in love with (modern) Greek. But I didn't really learn it then, a year or so passed until I did a bit more studying. But I still feel like I don't really know the language, even if I could say a bunch of fruits. But not enough basic knowledge, though...