Today was a bad day. It wasn't good.

Today is Tuesday, July 5th 2022 and it honestly wasn't that bad of a day. I said it was a terrible day the day of because I had just done some regretful activities that night that I wasn't proud of, and I didn't do anything productive in the day really.

Still, in the morning I did 100 leg raises, and probably around 60 knuckle push ups. I also did a few chin ups. I can do 3 chin ups in a row now like I said before, and it's really fun and really easy. I was able to do 0 just a month or two ago, and now I can do 3 in a row. Isn't that cool? I don't even know what I did, but I can do it now.

I was also kinda bored, and I had this idea to post a story of beard vs trimmed, because I was going to trim my beard this morning. So I coin flipped whether I should or shouldn't, and it said heads. So I put a poll of Beard vs Trimmed and made it my story. I was really embarrassed to be posting this. I had never posted a selfie in my story before, well, I guess I have before, once before, but it's still really embarrassing. Still, I just sucked it in and posted it. The first person to view it was Wahl. I think she is awesome and I was a little embarrassed and I hope she liked it. She didn't leave a reaction or vote or anything though.

Throughout the day this story would get viewed over 70 times by over 70 different people. I have around 350 people on my friends list maybe, so that's around 20% of my entire friends list viewing it. I doubt most people get that kind of percentage! What's funny is that 100% of men voted Beard, and 100% of women voted Trimmed. I actually like the beard one more too, but I guess I should go with what the women like! If Wahl voted, I would have counted her opinion as like the equivalent to 10 votes from 10 women, but she didn't.

After those workouts, I was hungry so I went out to Mama Pacha's and got two Mama Pacha Bowls. I ate that at home.

I probably browsed the Internet or took a nap or something the rest of the day, hence why I said today wasn't a good day. I really wasn't proud that I wasted so much time today.

Later in the evening I went to the park and walked for a couple of hours. That was fun. 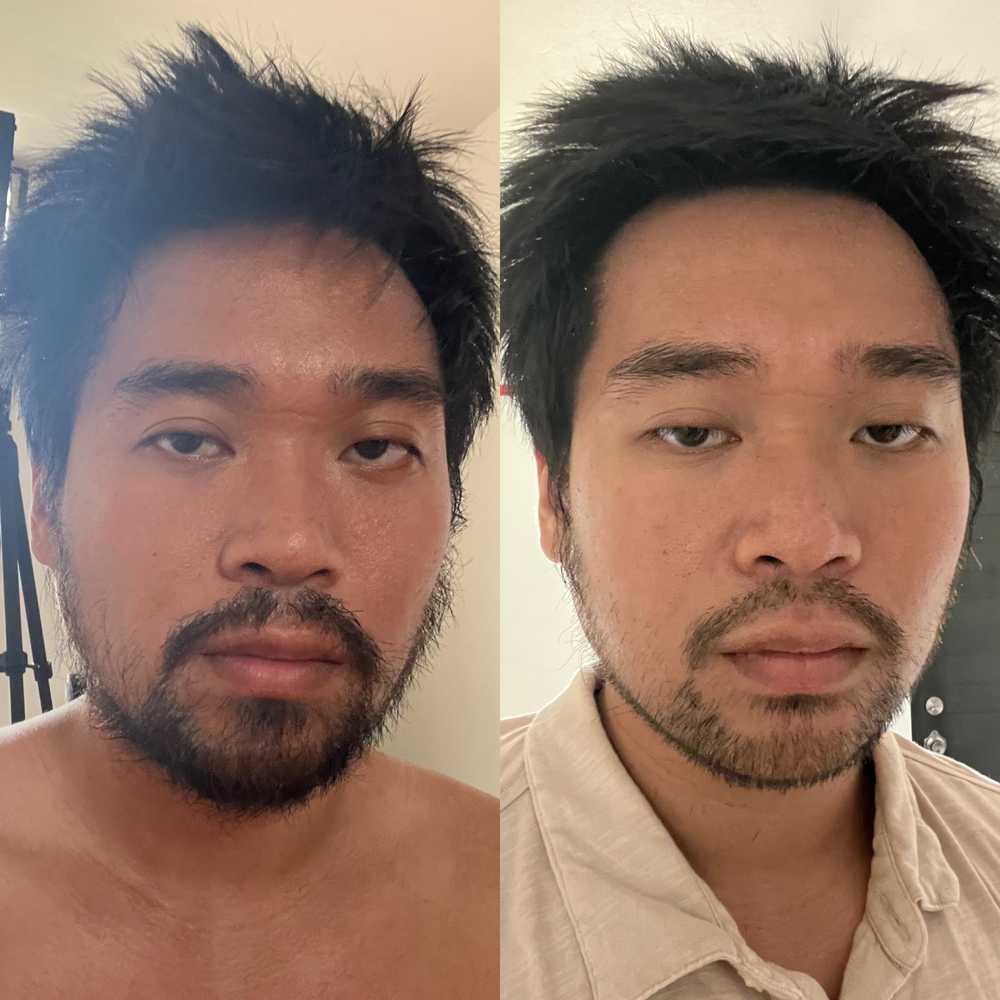