Sum up of my 'holiday'

I took holiday for 4 days (Tuesday to Friday) as I was starting a higher does of Pregabalin. I tried taking 2 Pregabalin tablets in the morning and evening for the first time a few weeks ago , came off them then went onto another medication, Gabapentin. However the Gabapentin didn't work at all so I agreed to go back onto Pregabalin. I wanted the week off to allow my body to get used to any bad side effects if I were to experience any. Just my rotten luck that I was fine on them, for the most part.

I felt drugged in the morning and during the night after a few hours of taking them but I've in hardly any pain!

I didn't do too much on my holiday. I just spent time catching up on housework and enjoying the sun. I had a nice mix of doing stuff and chilling. I did learn how to iron. It wasn't as scary as I thought.

It was nice to be home with Boo, although he was working.

I had a call on Thursday to say that I won't be working with the original phone call campaign was recruited for due to the campaign not getting many phone calls or emails. I thought that I was going to be fired with the way the cell was going. But it turned into a good thing. As the company is trying to make jobs for everyone, I've been moved to a different phone call campaign. I'm excited but nervous... again another big change whilst I wasn't in.

I messed around with bleach and a tshirt. I think it came out okay. Don't worry, I'd already wrecked it with a line of bleach a few weeks back as I was cleaning the house.

My husband purchased a guitar and so spent the night setting that up and sounds awesome so far although he's starting to learn it again from beginners level. I'm so jealous aha. 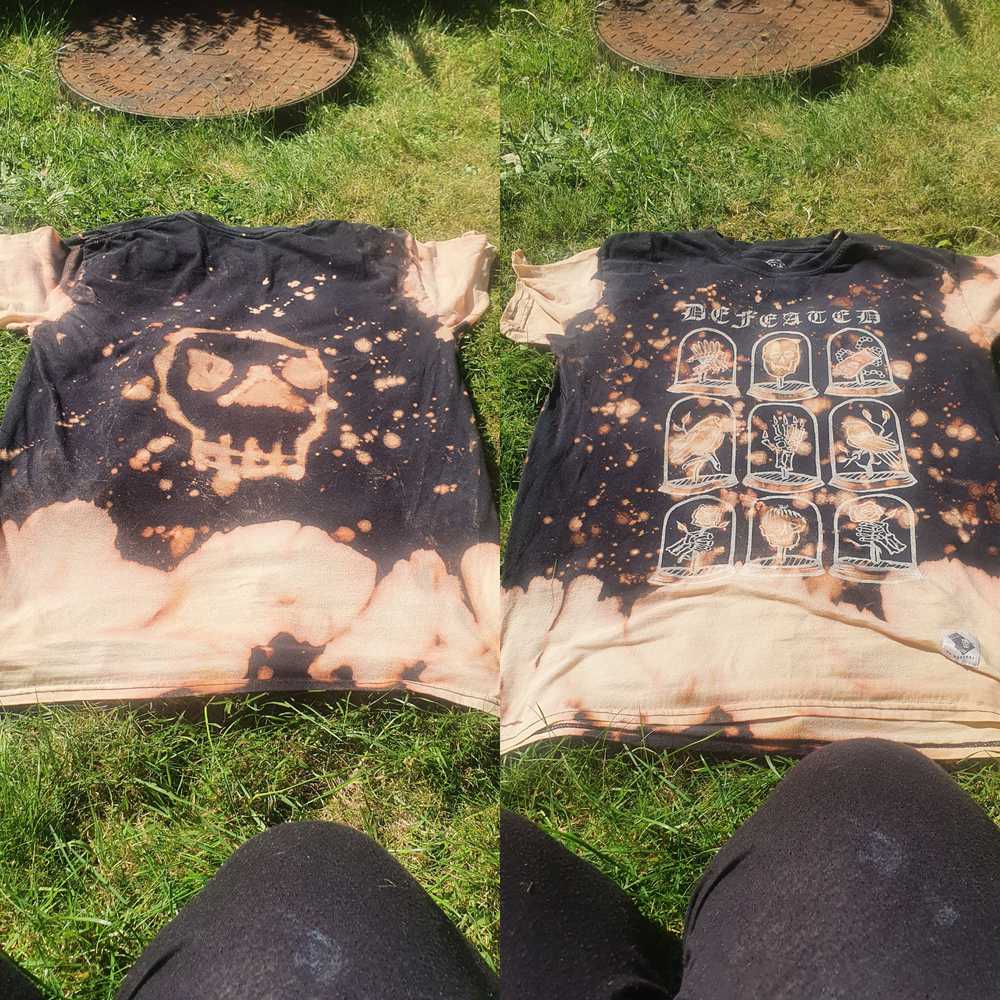