I've been dealing with a lot of chronic conditions for as long as I can remember. The anemia and resulting debilitating fatigue seemed to be the defining factor in my life. I just couldn't do anything anymore. I didn't think things could really get any worse. Then back in April, I was trying to clean up the garage on a rare day with a little bit of energy when I got this sudden tightness in my chest.

I remember, I stopped what I was doing and just stood there rubbing my chest. It felt like I was being squeezed in a vice or something heavy was sitting on my chest. It didn't really hurt--just felt weird--so I ignored it and finished what I was doing. I went on ignoring it for an entire week thinking it was all in my head. One of the many random symptoms of COVID-19 is chest tightness or difficulty breathing. Maybe it was just my anxiety manifesting new symptoms.

Then late one night, I remembered something I had read years ago about how heart attacks present differently for women so a lot of them don't go to the doctor until it's too late. So I looked it up and found these two main symptoms right off the bat:

Well, that was disconcerting. I barely slept, sure I would die in my sleep. The next day, I was greeted by a post from our local health department talking about heart attacks and people not going to the hospital because they were worried about the pandemic. I sent the post to my husband who immediately left work to take me to the emergency room.

Now let me tell you, like many people, I dislike going to the doctor and absolutely hate hospitals. I avoid them at all costs even if it means suffering with some illness at home instead of getting treatment (try walking pneumonia for four months untreated...ugh). The thought of maybe having a heart attack was enough to push through that anxiety, though. Thankfully, the trip to the ER was quick and (mostly) painless.

I was lucky enough to get taken right back so I didn't have to sit in the waiting room worrying about catching something from someone. I quickly got an EKG and blood work while still in triage then they came and did a chest x-ray to make sure I didn't possibly have COVID (they were still short on the tests then). Everything came back clear except my blood pressure which was 192/90!

The high side of "normal" blood pressure is 120/80. Mine was considered in the critical-seek-emergency-care-immediately level. Even after sitting there for thirty minutes doing nothing and with fairly low anxiety (because that will raise your blood pressure), it was still 167/92. I was sent home with a new med to take and a diagnosis of severe hypertension that was probably causing the tightness/breathing issues along with a bunch of other things I thought were related to other illnesses like the constant swelling in my legs and hands.

It's now been nearly three months since that diagnosis. My husband picked up a blood pressure cuff so I monitored my pressure at first only to find even with the meds, it was still in the high category. And after two weeks, it started going up again. Originally after I started the meds, it was around 134/82 when I'd get up in the morning. After a month of taking it, I was getting readings of 160/90 while just sitting there doing nothing. I stopped taking readings after that because it was causing anxiety which was making things worse. Then I ran out of the pills a week before I saw the doctor.

Oh, because I forgot to mention when we went to make a followup with my primary doctor, she told us they'd dropped my entire family from her practice because... I don't know. Downsizing because of the pandemic, I guess. So I was without a doctor when I suddenly needed acute care. Ugh.

I finally saw the doctor a little over a week ago. I have more meds so my pressure is back down around 130/80 which is the goal at the moment. She said if it starts to spike up again, I can double to dose.

Meanwhile, she said the lab work they did at the hospital showed my iron was fine. So now I have no idea what is causing all of my other issues. So many of my symptoms lined up with anemia that things finally made sense when I got that diagnosis. Now I'm lost again. Some of them can definitely be caused by high blood pressure, but I don't know anymore.

In the end, I'm still suffering from chronic fatigue. I can barely get out of bed most days. Today, I didn't even have the energy to go downstairs to make coffee. Many days, I get up and just want to go right back to bed. By 2pm, I'm usually exhausted and all I've done is maybe make myself lunch. Yesterday, I took a nap from 3-5pm and woke up just as exhausted as when I lied down. This is normal for me. Nothing stops the fatigue. A good night's sleep is meaningless. Exhausted is just my normal.

I don't even know what to do anymore. My husband says to just wait until I see the doctor again on Thursday. She'll have my records from the other doctors I've seen by then and we can figure out a game plan, but because of my anxiety, I have a very hard time advocating for myself. And with the pandemic, I can't have my husband in the room with me to help me remember what was said or ask questions I forget.

Sometimes I wonder if I'll ever get better or if this is as good as things will ever be. I'm 43-years-old and don't have the energy to take my grandson for a walk or play a board game with my son.

What if this really is the rest of my life? 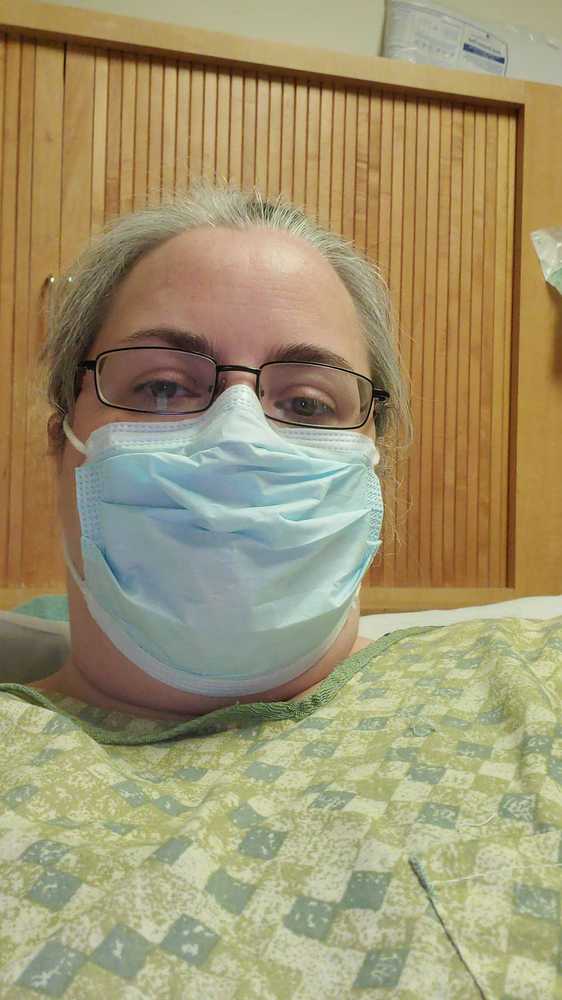