I'm in so much pain right now, I can't move. Which means I can't get up to find anything to take for this headache because that would require moving. This will probably be a really short entry.

Today is my youngest son's 10th birthday. I wanted it to be as special as anything can be during a worldwide pandemic that has left him isolated from his friends and depressed. He wanted homemade pizza so he got homemade pizza.

I told the kids yesterday that I would make the pizza if they got the kitchen cleaned up. Or at least, got the counter cleaned that I need to roll the dough. When I woke up this morning, the kitchen was a disaster. The only ones up were the birthday boy and the oldest daughter who does nothing around the house because she "doesn't have time" between her part time job (she didn't have to work today) and taking care of her son (at one point she just left him upstairs with her sister so she could play Minecraft in peace).

Anyway, I ended up unloading and loading the dishwasher then scrubbing the counters and stove using baking soda and vinegar because we're almost out of 409 spray and I can't find any in the stores. I went downstairs at 11:30am and finally took a break around 1pm because the oldest was pissing me off with her attitude (she was mad that I wouldn't supervise her driving to the store--she only has her permit).

She also got the birthday boy upset so he was in tears in my room. On his birthday! I texted my husband about it and I guess he texted her and our other daughter who was home who started to clean up the kitchen I guess. After a 20 minute break, I went back downstairs to let him open some of his gifts so he'd feel better. I still had to finish cleaning the one counter I use for most of my cooking. Then I had to make lunch for my grandson.

Once I had everything cleaned up, I made the pizza dough from scratch and then made all of the pizzas. It was chaos for a long time.

I was basically on my feet from 11:30am until 4pm when most of the pizzas were done cooking (made 2 mediums and a bunch of small individual ones). My ankles and legs were super swelled and everything hurt so much I could barely walk up the stairs. I soaked my feet in some hot water and epsom salts (just because it feels good) then relented and took a nap around 5pm.

The nap didn't go as planned. Well, the napping part went all right. I fell right to sleep and slept soundly, but I woke up with this killer headache as often happens with my naps. I hate them. I can't avoid naps, but I wake up feeling worse than when I laid down. It's awful. So now I missed him blowing out his candles because I was in so much pain, I couldn't move my head without crying.

My husband happened to come upstairs and got me some Aleve from the bathroom. It's starting to fee slightly better, but really, I'm just trying to push through this journal entry so I can go back to bed for the night.

I'm probably going to pay for this tomorrow. I'll be completely worn out and sore just from partially cleaning the kitchen and cooking dinner. I used to do so much more in a day, and I was proud of all I could get done when I had such a large family to take care of. Now I'm regretting my choices. I guess it'll be worth the continued pain if Jack had a good birthday. He seemed happy enough when I told him to go do his cake before my husband had to go to bed even though I couldn't go down to see it.

I just want this headache to go away. I could maybe stay up a little and watch some Netflix if my head wasn't about to explode.

Chronic headaches are just another wonderful bit of my life. I used to get migraines (or maybe they were cluster headaches... I'm not sure the difference) but mostly I get what are apparently tension headaches in the back of my head. A relative said she got those with high blood pressure, but when I had one the other day, I checked my pressure but it was barely elevated. I've been getting these for years. They're awful and make me curl up in bed, whimpering and crying from the pain. If I'm lucky, Aleve or Advil will knock the pain down enough to continue on with my day.

Well, I guess this was longer than I thought I could write. I credit the Aleve taking the edge off as I was going along. 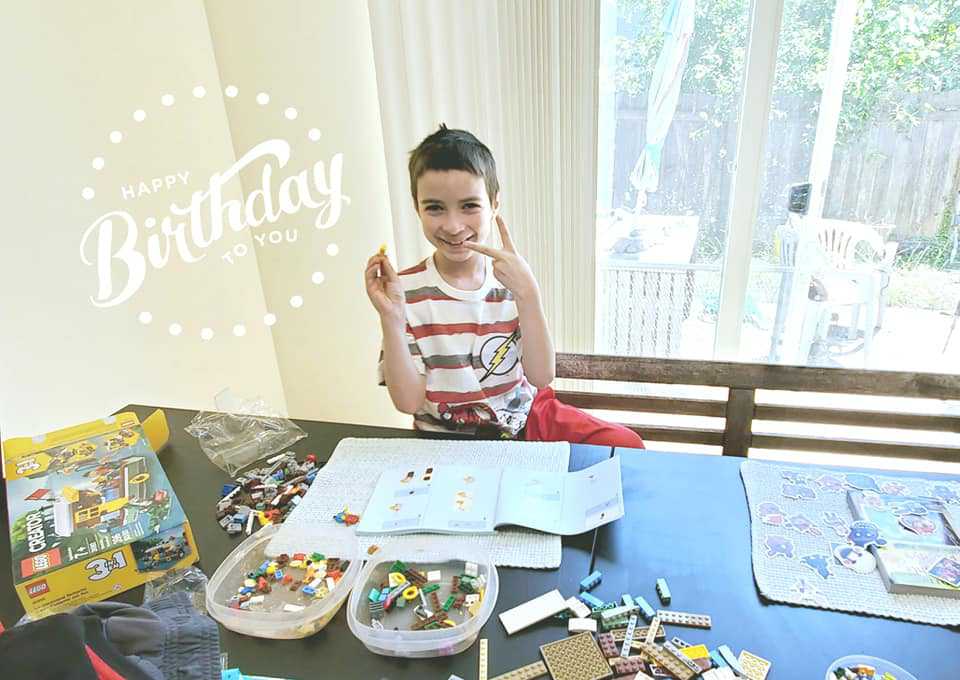