Down Then Up Again

Today was better than yesterday. At least, I didn't need a nap and was somewhat functioning. Still not a great day. I didn't actually do anything besides make dinner for me and my grandson (only other people home were my husband who already ate and the 10yo who didn't like the meal I made so had chicken nuggets).

I've still been tired all day. The kind of tired you feel after you stayed up all night except I slept until after 10am this morning (went to sleep around 3am).

Just as I was going to finally go downstairs to make coffee and get some lunch (around 2pm), my oldest dropped the baby off in my room and said she was late for work. He was cranky and obviously tired so I had to deal with him instead of getting food for myself. And that's usually all the warning I get when I have to babysit. Not sure what she would have done if I'd been napping since the only other person home was the 10yo. Sure he can watch the baby for a bit while we're doing something else but that's about it.

Oh, and now the oldest is trying to get a job where her brother just got hired. He works 12-hour shifts overnight. So she applied and had to borrow my phone to do an interview earlier. It sounds like she might have gotten it, and if she does, she'll be working the same shift as her brother. She also plans to work her regular part-time job at Dollar Tree during the day. She doesn't have a license so has to find rides or walk everywhere which takes more time. I asked her what she plans to do with the baby while she's working. Apparently, she's just assuming her ex will take him since he got laid off. She hasn't talked to him about it yet. Ugh.

If he can't or won't watch the baby on days she's working (that aren't his normal days to have him) then it'll be up to me to take care of him. Now it's overnights so he'll be asleep for most of it, but that also means I'd be the one putting him to bed as the shift starts at 7:30pm. And I'd be the one taking care of him during the day because I'm sure she'd want to sleep after she gets home when her shift ends at 7:30am which would inevitably when she wakes the baby up.

This is not good. Getting up before 9am is a struggle and the last week, I've been sleeping past 10am most days. Not to mention, I usually wake up with a headache and am barely functioning. Then at night, I'm exhausted. Like right now I'm babysitting because she's not home from work yet and my husband had to go to bed at 8pm. I finally got him to lie down on the blankets on the floor after holding him for an hour until my arm went numb.

And this is on a good day. If this was one of my bad days... I'd have to have backup--one of my other daughters here, but they just come and go as they please (what pandemic?).

Sigh. On top of that, when my husband got home from work, he told me he had planned to take me to Walmart since I was upset I didn't get to go the other day because I was feeling so crappy but instead we had to babysit with no warning. I'm just frustrated because my whole adult life has revolved around my kids (as expected), but when the youngest started school, I had hoped to finally have some time for myself. Then the youngest finally gets old enough to not even really need me, but this grandkid gets tossed on us.

I mean, I love him to death. He's so freaking adorable and in my favorite toddler stage right now, but both my husband and I thought we'd be taking day trips alone and just hanging out together once the youngest kid got old enough to stay home alone for a bit (and the older kids are old enough we could go away for the weekend). Now all of our plans are upside down. Actually, we can't make plans because we never know what our daughter is doing with her schedule. We have to be available at any time to babysit or she throws a tantrum. It's pissing me off. Yes, we agreed to help her with the baby (I got almost no help from my dad even though we were living with him when the kids were little), but I'm not her servant. She's not paying us to babysit or paying us rent.

Sorry, sorry. Now I'm ranting because I'm tired and annoyed that my "retirement" has been upended. I didn't think we'd have grandkids for several years. And I sure didn't expect to feel 80-years-old when we had our first. Unable to really play with him. I just feel stuck. Ugh. 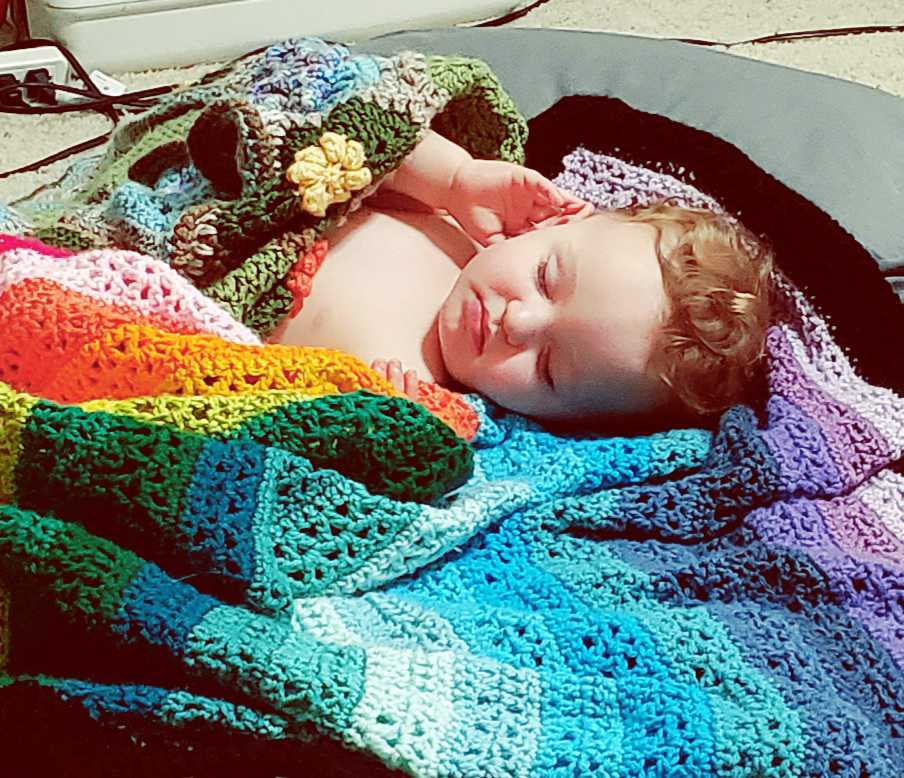