A Day of Ups and Downs With Chronic (Mental) Illnesses

All in all, today went okay, but it was a rough start. I woke up with my back still killing me. I must have tossed and turned all night because the blankets were pulled out from around the mattress and I had kicked my heating pad a good foot away from the bed. I usually half-wake up early in the morning and turn the heating pad on to warm up my back muscles before I actually get up for the day. When I don't, I can barely move.

So, that's how my morning started. Then I went to get coffee to find my husband had the day off (he gets one day a month of his choosing to take off so he picked today, I guess). Things were still going okay at this point. I even got to see my grandson before he left for his dad's house. But then at lunch, I went back downstairs and the mess in the kitchen just boiled over my frustration.

I did so much while I babysat all day on Tuesday. I wore my body and mind out so that I couldn't do as much yesterday while I babysat. I did manage to get the dishes loaded up in the morning, but by this morning, they were piled up again and there was stuff left all over all of the counters. I kept having to move things around just to make room to get my coffee and warm my lunch up.

I've been off my psych meds for months now (started weaning off of them at the beginning of 2019, completely off of them since October/November last year). It's really hard sometimes to control my mood and emotions. Today, I just snapped and started ranting about how people just leave messes everywhere, expecting someone else to clean them up and how I can't ask for help because that person just throws tantrums. Then I said something about the 10yo and the garage (which is also his bedroom even though he doesn't actually sleep in there) and how I can't even walk around out there despite literally nearly having a heart attack cleaning it up in April.

I completely flipped out as I warmed up my lunch. That was a bad idea because it got my husband on the 10yo's case. And as predicted, the 10yo threw a tantrum, started crying and screaming about how everyone hated him and he had to do everything. He sounds exactly like my oldest at that age. Well, really her from about age 3 until now (she's 20 and still acts like that because of a behavior disorder).

The only chore he's responsible for is to take the trash to the curb on Wednesday nights. Literally, that's all he has to do. That chore did belong to his brother, but he's pretty much officially moved out since school closed in March (he graduated high school in June and now has a job so I don't think he's coming back any time soon). Other than that, the 10yo is occasionally asked to empty the dishwasher. He doesn't even have to load it or put away the dishes if he can't reach where they go (he's pretty short). And while I was babysitting and downstairs, I had him take the bags of trash from the kitchen to the outside garbage can which is currently in the garage because I'm not about to break my neck trying to get through his mess.

By the time my food was warm, everyone was screaming, and I was even more frustrated and upset. I barely tasted my food because of the distress.

I did manage to calm down by playing some games on my phone and looking up crochet patterns for the yarn I bought.

Eventually, I found out that the 10yo did clean up the garage some. He even found the school library book he lost in the 3rd grade that they were charging us like $15 for (for the record, he's starting 5th grade this year). I guess the 14yo cleaned up the living room which was just toys the baby tossed everywhere that my daughter refused to clean up even though it's her kid and my husband cleaned up the kitchen. He also had bought this long extendable pole to clean the gutters or something which he used to dust the window above the door which would technically be on the 2nd floor as our entry way is open to the upstairs. It hadn't been dusted since we moved in nearly four years ago. That brightened me up a little.

After that, everyone in the house calmed down a lot. The 14yo made chocolate chip cookies while I fried up some burgers and made mac & cheese for dinner.

I was still trying to figure out what to do with the yarn I bought when the 14yo texted me from the other room with this god-awful ugly sweater pattern, asking if I would make it for her. Apparently, Harry Styles (of One Direction fame) wore it and now every teen/20-something fangirl wants one. I cannot express how ugly this sweater is. I swear it looks like a blind 90yo gramma with arthritis made it and the designer sold it for like $1500 or something. But if that's what she wants...

I eventually found the full pattern online which the designer gave away from free after so many people were trying to copy it. It's not really difficult, and wouldn't you know it, I just bought most of the colors I need (even if they aren't the right kind of yarn for the pattern). So, yeah, my night is ending with me working on this ugly sweater. When I showed my other daughters, they both wanted one, although I will say, the 20yo wanted it before she knew Harry Styles wore it. She also wants a matching one for my grandson, lol. I'm having flashbacks to the horrible, ugly sweaters we wore back in the 80s. Ugh.

Probably the highlight was my husband saying he'll take me to Walmart and Joann's to get more yarn for the sweaters since I'm missing two colors--bright blue and burnt orange. Of course, the next section I need to make is in orange so I'm having to start a different section and leave the first part on the needles I was using. Luckily, I have extra needles of that size.

So, I'm feeling a little better now. The house is tidier so I won't be freaking out tomorrow (hopefully). I'm still sore all over from the work I did on Tuesday. I hate always hurting everywhere, and I know a lot of it is my weight. If I could lose 30lbs, I'd be so much better off, but anytime I make progress, the depression kicks in and I binge eat a bunch of junk food because I stop caring. I can't break out of the cycle.

I'll get there some day. If I could figure out this chronic fatigue so that I could actually exercise (or just go for walks again), I might actually lose some weight. Until then, I'll just have to keep on keepin' on, I guess. 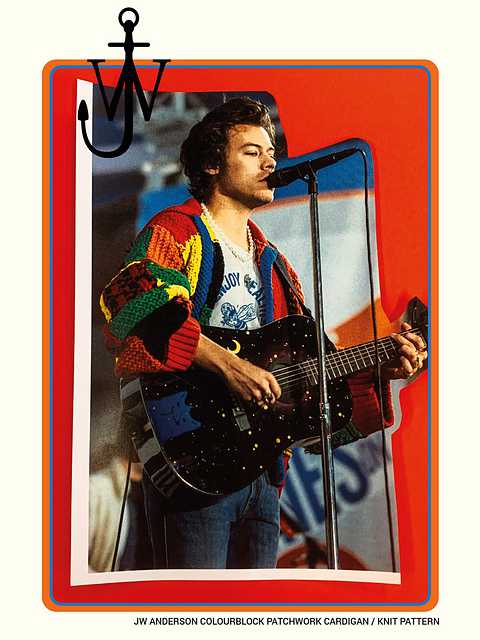