I'm back out of the hospital after about 10 days. I met some truly wonderful people while I was there who I plan to keep in touch with because we all got along so well.

When I first arrived at the hospital I was irate- I had been told to arrive at 8:30pm and I did...only to be told that they had no room for me. I had to wait in the lobby overnight without my belongings, which they had to record, and without my medicine since I wasn't exactly being treated yet either...it was a really rough night of trying to get comfortable in 2 small waiting-room chairs.

In the morning they finally opened a room for me, which apparently didn't have a toilet previously. The building I was in had apparently only been open for a year or so, if I recall correctly, so everything there was new and clean. Despite my first night, this was definitely the better choice of the hospitals I could have gone to based on my previous experiences. The staff were actually friendly and seemed to enjoy their jobs, unlike where I went last time... It was a good experience (aside from nasty hospital food of course) and I found the groups to be somewhat helpful in that they at least reminded me that I was in a room full of people who felt the same or worse than I did.

At first, I was very anxious, but people welcomed me instantly and invited me to sit with them. Talking to some of them, I found that we could all really relate to each other's struggles and a lot of us quickly became good friends. I felt like in that environment we were really able to help boost each other up on our road to recovery. One of the people who I now text every day was my roommate towards the end of my stay. They are nonbinary, like me, so I was glad not to be the only LGBT person there...there were actually a few of us! Not being alone in that way kept me from feeling even more out of the ordinary and less lonely.

I did struggle with my anxiety for various reasons- they wouldn't allow me to have my stuffed animal, though some people were allowed wireless headphones despite the electronics ban? I brought that up and asked what's so unsafe about a stuffed animal without any removable parts and they were just like yeah that's dumb, but too bad... I carried around 2 blankets instead, partially to replace my missing Mang plush and partially because I was still cold even with 2 sweaters on.

One person I met there was particularly....warm to me... (We'll call him Sona) and I mean actually warm. He left a steamy outline of a hand-print on the table where he touched it. He was shier than I was at first, but eventually my roommate and I got him to open up by talking about watching anime and playing video games. Sona makes money by essentially helping people cheat in video games- raising their rank or getting certain items for people for cash. It seems like a really cool job. I wish I could make a living off of something like that (even if it's a bit dishonest...). Sona warmed up to me quickly and we would talk more and more. Always cold, and having seen the warm hand-print left behind on the table, I wanted to hold onto his hand and feel the warmth...but I know that part of me is very touch starved and it was nice for that reason too. Just some form of human skin contact. I didn't want to let go. He held my hand and marveled at how small I am in comparison, wary about accidentally crushing me.

I gave Sona my contact info, so I hope that I hear from him....we talked about streaming stuff together to watch when we're apart, and we talked of possibly visiting each other. He did mention that he wasn't looking for a relationship, as did I, in a previous conversation with our group when it happened to come up but...after all of that other stuff I don't know if it was just the 2 of us being so in need of contact with another person or if he was being genuine. ...I just don't want to end up getting hurt again. I don't think my poor little heart could take it, honestly, but he's still quite a bit younger than me (but he thought I was younger than him!!) so who knows what he's thinking. Especially since he told me that he catfishes people online, posing as a girl. I asked why, but he said he doesn't get anything out of it really, he just likes the attention. Still raises some flags for me, but he told me he hasn't really told anyone that he does that before and he felt really comfortable with me, for which I was glad, for whatever that's worth.

My last day at the hospital was a million times faster than being admitted. Basically as soon as I was sure that I had a place to live (the person from facebook, who reconsidered and allowed me to stay), I was on my 72hr notice from the staff. They asked me if I was ready to leave and I actually asked them for another day to collect myself, and I still feel like maybe that wasn't enough time. In the middle of group Tame had arrived to pick me up (the same person who dropped me off and who I've recently been hiking with). Sona came out to where I stood with my belongings and we both said that we wished that we could at least hug goodbye, but there was actually a no touching rule in place. (Yes, we got in trouble for holding hands and it was probably the closest thing to a real thrill I've had in years lmao I swear I felt 10 years younger!)

Tame took me and some of my belongings from storage to my new home. I won't lie, I was really disappointed in the place at first. I went up to the 3rd floor to drop off my things and noticed that the room was absolutely filthy- dirt all over the walls, overfilled stinky litter box even though I told the owner that I have trauma based around cats, water bottles and other trash all over the floor, empty boxes, broken furniture....I immediately went into panic mode and wanted to go back to the hospital. My friends were able to talk me through it as I cleaned with a little bit of help from one of the sons who lives here as well. I didn't know about the younger kid, either...not that I'm bad with kids, I can be rather patient, I just only recall being told about the 14 year old....and 4 cats....when I have counted I think 2 cats and 4 kittens. At least the litter box was fine to be moved out of my room and I can shut and lock the door to up here if I want to.

I have the entire 3rd floor to myself, like a small studio apartment, aside from having to go downstairs to the bathroom and kitchen when needed. One of the homeowner's partners had also come over and scrubbed the walls clean. I apologized for overreacting and said that I do want to stay and I'll need to try harder to not let my anxiety control me and allow me to self-sabotage what is actually a lovely living arrangement where I'm not totally alone, but have privacy, am allowed to vape my medical marijuana, and can (possibly???) consider getting a pet in the future- likely rats. As of right now, I am seriously considering allowing my friend to keep my skink, Tiefer, because she takes SUCH good care of her, better than I believe I can. I think rats are just the best kind of pet for me.

Tomorrow, Tame is going to be helping me move my belongings out of storage and into my new home. I had better rest up and do some extra stretches tomorrow morning to be ready for (hopefully) my last big move for a while. Then I can fuss over where to put everything and maybe share some pictures of my plush collection or something fun like that.

Today Tame brought over some cookies from some dough I had leftover in the fridge and we went on a nice, calm, gentle hike. This time there weren't nearly as many people around so we walked together through the grassy pathways in mostly silence, just enjoying nature. I had a lot of fun because we found all sorts of interesting things from a coyote that crossed our path (!!!), beautiful butterflies and flowers, a deer, 3 trees growing from one massive stump, huge shelf mushrooms the size of my head, and a few tiny puffball mushrooms which Tame turned into quesadillas later and said they were good. I got eaten alive by mosquitos and Tame said it must be because I'm sweet- the words caught me a bit off guard. They seem to like me quite a bit....maybe more than I thought.

We plan to do some more hiking and cleaning along the trail as well as possibly later this week exploring what is one of the largest naturally tectonically created caves in my area. The only other cave I've been to is a tourist attraction mostly for children to learn about geology stuff, which I had been to as a child myself. I'm quite excited about going to explore a cave, albeit maybe a bit hesitant and knowingly cautious after watching the show "DARK" on Netflix lmao

That's about all of the catching up I have for now. I plan to try to relax for the rest of the night and try to finish "Girl With A Pearl Earring" which I started reading while in the hospital. 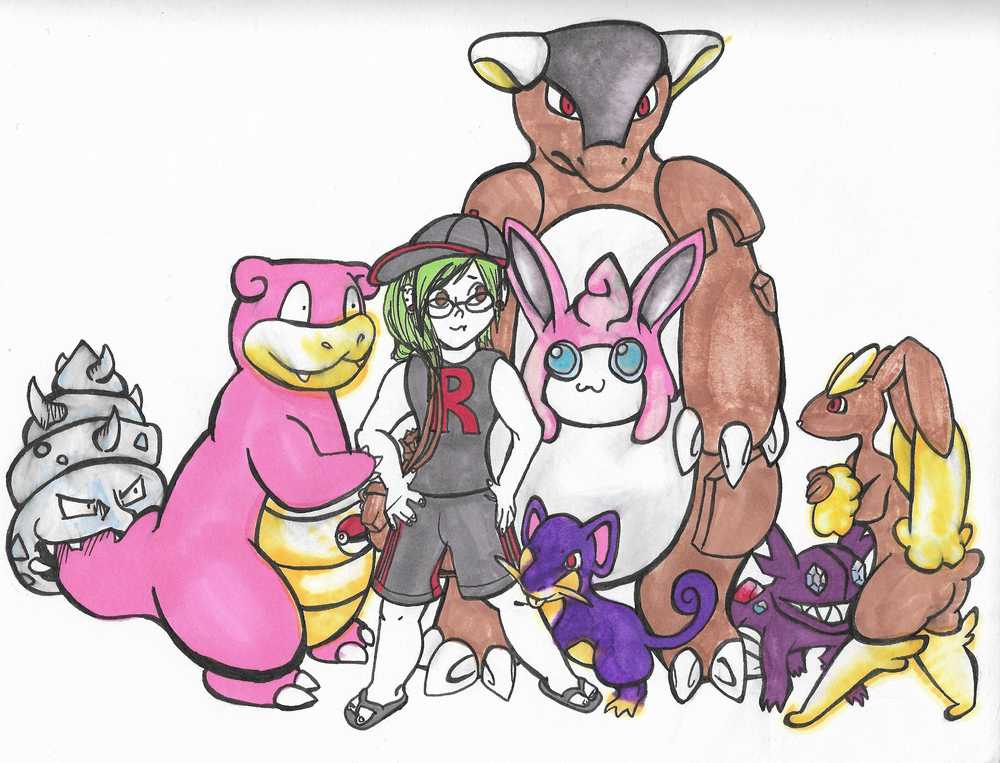 Welcome back!! I'm glad you found a new home and met nice people

@JustMegawatt I don't think I can after all...