I didn't do a whole lot today. I overslept again and was a half hour late to therapy. I'm lucky they're so understanding and didn't just cancel on me, so I was still able to talk to my therapist over the phone. I mentioned feeling overwhelmed and how I think I made a bad decision, but my therapist asked about the upkeep of the rats and I thought about it and...really I'm just out of practice and don't have the stamina I used to because I'm not used to cleaning a big cage every day like I used to. It has been a while since I've had rats. It's another thing I need to get used to again.

This morning I had therapy, exercised, did yoga, cleaned their cage up a little, and then sat and messed around on the internet. It was a huge waste of time today, but I didn't really have anything else to do that's productive and non-stressful, so I decided to take a day for myself to just chill. I did feel a little guilty when my therapist asked if I've been going outside for walks or even just out to the back yard and I honestly haven't. I'm still too high strung to go outside of the house alone, but I know it will be even harder if winter comes and I don't get used to my surroundings by then. The poor weather lately hasn't helped. Today it's pretty cold actually, I was surprised. It could just be that my room gets very hot and very cold. That's something I need to ask my roommate about, if I need to get a space heater. I'm not sure how good the heating in the house is and heat rises, so it could just be because we don't have the heat on for winter yet....so I think it's just my room.

I've fallen way behind on inktober. At this point it's more like I can pick any prompt I feel like doing, which is less stressful, but I still feel bad about not keeping up with it. I shouldn't feel like I have to do every one of them. I just want to get into the regular habit of drawing again. Everyone who I've shown my art seems to think I have some kind of talent- or at the very least, I know that I don't completely suck at it. I feel like I'm not as good as I used to be though, so I need to practice to get back to the skill level I used to be at.

Tomorrow is going to be a bit busy with a lot of running around to do. Jena and Michael and I are going to go grocery shopping and run other errands. We're going to stop at the dispensary and Jena said that they would spot me for a vape cartridge, which is super sweet of them. I almost cried when they said that because I've been out for about two days now and I can feel my depression getting worse and my entire sleep schedule flew right out the window. My girlfriend also sent me $15 because I don't have any money for the rest of the month. That should hopefully cover my prescriptions.

Last time I went to CVS I found out that they gave me the wrong syringes... You would think if they have a certain type of needle ordered for me they would know what type of syringe that I use... So the other day I had to reuse the same syringe (but with new needles at least) for a third time.... I know that's really bad, but it's better than not taking my medicine. I hope that after my hysterectomy I don't have to do injections anymore if I don't want to, but I'm not sure how likely that is to happen.

My dysphoria has also been all over the place. I didn't even want to take my injection this week which is.... not really what transgender people usually do... but I've started to dread it because I really dislike having facial hair and I want it to stop and not grow in any more than it already does. I'm not sure if after the surgery they'll put me on female hormones. I know they will for one of them to keep me balanced, but I don't know about the other. I think they're both pills. I don't know as much about MtF HRT, but that would essentially be what I'm doing. I'm just so tired of constantly being misgendered and told everything is my fault because all of my friends think all men are fucking awful, but when you want to be a dude that really hurts to hear. It really damaged my self esteem. Everyone always clocks me as female anyway. I hate it, but it's not worth my time correcting people anymore. Why should I waste my time correcting someone who is going to know me for probably less than five minutes? Basically it sucks either way. I've stuck to just being nonbinary and using they/them pronouns, which I was doing before, but I'm not pushing for he/him as much. I'm just not seen that way- even when I have facial hair! People told me they thought I was just a girl with an unfortunate hormone disorder. I was like WELL You're Not Wrong, but also you are wrong. Frustrating.

I really hope that Michael remembers to bring his tools tomorrow so that I can finally build my bookshelf. I'm starting to feel cramped in here with all of these boxes. I want to be able to put things away. I hope that I can find ink tomorrow as well so that I can start selling off things on ebay. That will also help me to bring in extra income to go towards rent and my medical expenses.

It's about bedtime now, so I'm thinking about making some tea and watching something to wind down and also meditate for a while before bed so that I sleep better. Hopefully I'll be able to wake up on time to go to the store with them, because there are a few things I need to pick up. I really should draw something, but I don't know that I can will myself to do it or can think of anything specific that I want to draw right now. Today's prompt is "dune" which I really have NO IDEA what to do with...if I had read the Dune books or something maybe, but that's still on my to read list and.....I don't want to just draw a pile of sand, that's boring. I guess I'll be skipping this one too or looking at another prompt for ideas if I do decide to draw. I just don't feel that creative spark right now. Just frustration about my money and medicine situation and stress to top it all off. 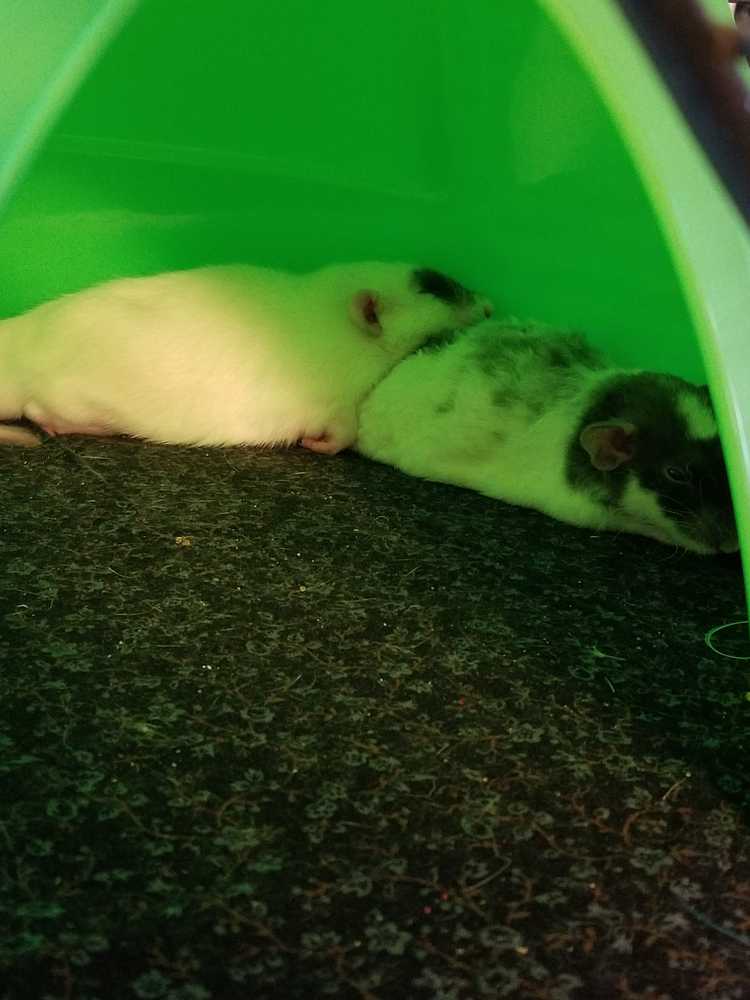 I have no idea what I'd draw for "dune" either. This is why I don't do prompts lol

Also I totally agree you shouldn't feel like you have to do all of them. Last inktober I got to 10 drawings over the whole month, which was kinda disappointing, but I figure that's 10 drawings I might not have otherwise done, so it's good overall.

@Achaius Exactly, I still get a lot more done than I normally would because I'm making an effort to draw more often...maybe not every day, but still more than usual.