Things didn't go completely as planned today, but that's ok. I got my bookshelf and small desk built. Mostly... I lost the pack of screws for the desk so the main part is together but it's not super sturdy. The two fit perfectly beside each other. Then I was able to put all of my books away with exactly enough space and started a box of things that I'm going to either sell or donate. That got a lot out of the way though and it feels like there's a little more room in here, but at the same time it's a bit dark. Maybe I should get another light for the room.

We didn't end up going to costso because Jena was in too much pain, so I stayed home and worked on building things, and they brought be back a vape cartridge. It's been making me really thirsty lol

I got a rather rude message from someone from church. It wasn't intended to be rude, but at the same time they acknowledged that they were giving unsolicited advice that I don't want. They were like "I'm sure you know this but you should be on medication, you should go to a therapist and get that sorted out" Right. And what have I been doing all these years exactly then? Since I was 9 fucking years old? Shut the fuck up Joyce.

I'm tired and sore. I'm not in the mood to deal with people's bullshit.

My rats are getting more used to me but now I'm worried that I can't afford to feed them. They blew through that bag of food that I bought them in only a few days. I want to buy in bulk, but I need to wait until next month probably. I'll pick stuff up at the store that they can eat with my food stamps money... Fancy rats, indeed. I like rats more than I like most people.

I'm thinking about doing my hair tonight but I'm a little nervous. I want to cut it down a bit more. I keep putting it off and it keeps on growing. My hair grows super fast, it's annoying. I've been meaning to dye it for a long time now, I just never got around to it because of everything else going on. Maybe this weekend if I don't do it tonight.

I've spent most of my down time today playing through a few short games on steam to get the 100%s for all the achievements. I'm not a particularly good gamer and I don't do FPS, but I still like achievement hunting. I love collecting things. I am definitely dragonhearted lol 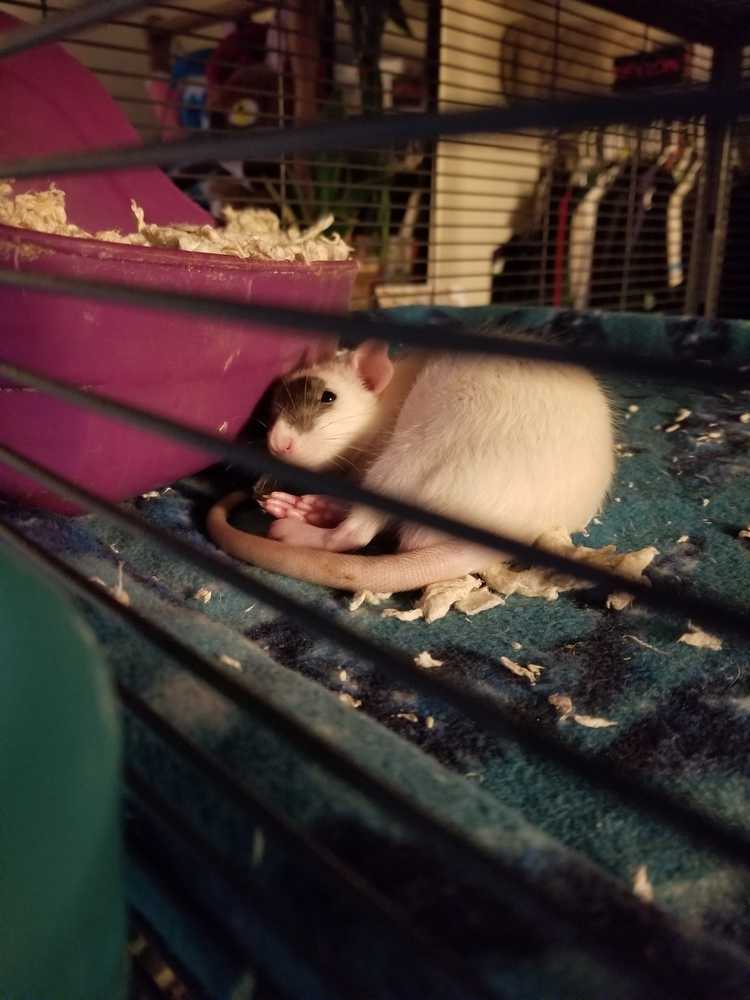