Today went in reverse. I actually woke up to my alarm for once. The second time it went off, anyway. I went to my doctor's appointment, which went well. I have to get some routine bloodwork done which I can do at the same time I go to get covid testing done prior to having surgery. It's a month away! I'm a little scared, but I'm sure it'll be fine. I wonder if my insides will feel different without those organs in the way? Probably not easy to tell. I was able to pick up my prescriptions, but I forgot about the syringes in my bag that I wanted to exchange even though I asked about it, I forgot they were there.

I've been really thirsty and hungry all day, but I've been basically living off of snack foods. Aside from bibimbap the other day I haven't eaten an actual meal in a long time. I can't wait until we go grocery shopping, though I don't know when we're going now. Everyone else keeps ordering takeout, which leaves me with nothing because I can't afford to do that. I'm probably going to literally eat a block of cheese for dinner because It's Food. At least it won't be like the other day when I poured Very Spoiled half and half into my coffee and drank it anyway because I did not give any fucks, I needed that coffee. I was fine doing that though which is extra weird because I'm also lactose intolerant (My cheese is lactose free, though). Today I treated myself to an energy drink that makes my heart feel like it's going to explode.

That gave me the energy to actually draw something and despite being a bit shaky, it turned out alright. I finished the prompt for day 4: radio. I drew the radio demon from Hazbin Hotel. There's part of me that wants to color it or do something more with it, but I like it as is. 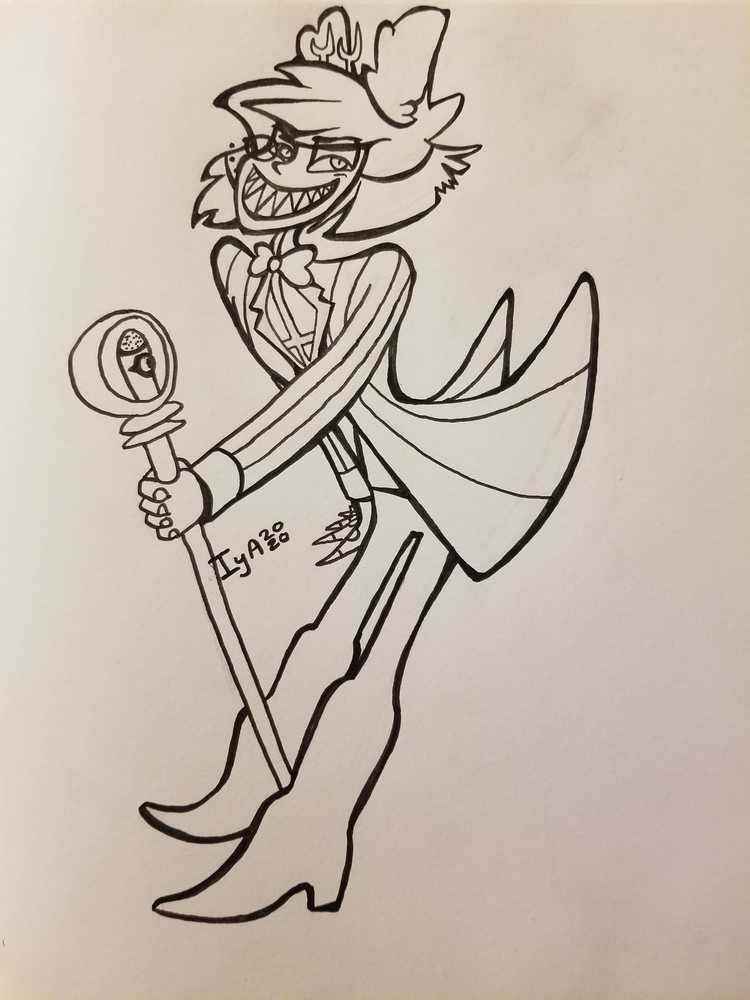