I'm still in pain and just took my last oxycodone... I'm going to have to call the doctor tomorrow because I'm still in pain and I guess shouldn't be by now. I have to go up and down stairs constantly, living on the third floor, I know that doesn't help. Not like I could avoid it. One of the incisions looks like it might be infected. I finally peeled away the gross looking tape over them because they were starting to itch. It just feels like I worked out a little too hard even though I haven't been able to at all.

The last two months I've been trying to save money to see if maybe I can get a ps5 somewhere, but it will probably be several months before anywhere reliably has them, which is annoying, but gives me more time.

I've finished watching Good Omens and The Owl House and I really liked them both. I need to decide on what to watch next. For now I'm going to try and get comfortable enough to sleep though because of the pain. Recently I've been waking up early from bizarre nightmares which I quickly forget about, but they're annoying enough to cause enough anxiety that I can't get back to sleep.

This vape that I currently have, wedding cake, is pretty good though. It almost masks the pain and mostly helps me to chill out and draw. I've been feeling creative lately and have been wanting to practice drawing again. It's not strong enough to knock me out or make me feel weird at all. Good for some situations, but not all. I was personally told that one of the other two vapes I picked was really good...for what I don't know, the guy just said it was really good. I guess in comparison to everything else they've had lately yeah because there hasn't been a lot of new stuff coming in. I bought a bunch even though I said I was saving money and wasn't going to because I don't know how able to get over there I'll be if stay home mandates are put back in place. Realistically that may not be for a while, but I'm not sure if they'll be open. I'd think it would be considered an essential business, but maybe not.

Unrelated but getting a little annoyed with my housemates using my stuff again. Like my personal bathroom stuff (which is gross), and most recently a bolt of fabric I put in the wash which they thought was a blanket and had out on the porch. I was like wtf that's my fabric??? My stuff just grows legs around here i guess. The only thing I said was ok was food not my towel and deodorant and whatever else.

Speaking of artsy things I need to get working on sewing those liners and repairing the ones I have. The boys are starting to chew them more often now. I also completed a full drawing the other day minus some colors because I'm out of almost all Jasper's colors...that will be a lot to replace. Maybe next time I'm out I can find markers somewhere. 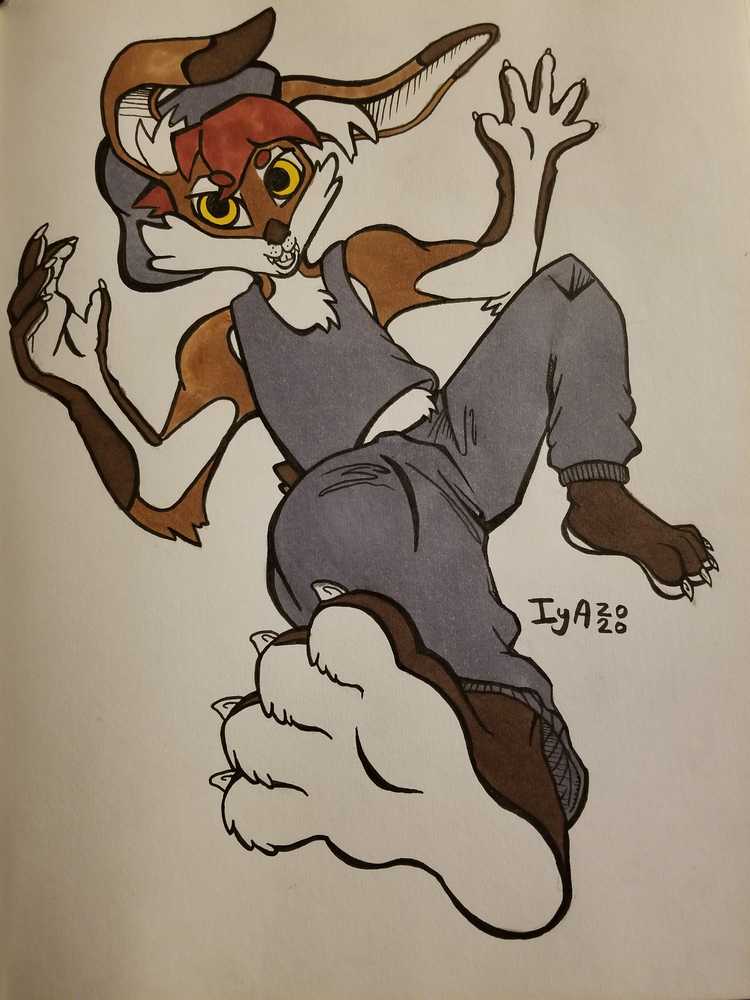 @Achaius Thank you! Some parts I couldn't color because I was out of the right markers, but I thought it would still be nice to share

Yeah you can draw really well. That's amazing for just markers. Do you know why you don't draw as much as you did? It might be good to start doing it again.

@JustMegawatt Thank you! Copic markers are a bit different than regular markers because they're alcohol-based so they can blend. I don't think I'm that skilled with them, but it's fun. It's hard to do anything fun when you're depressed though. I don't know how to become happy again and stay that way.