Today was better than the other day if only because it was my birthday. I turned 30 at 3:15pm EST. I was able to leave the house today feeling minimally anxious, which is good because lately my agoraphobia has been pretty bad even inside of the house. I went to the dispensary and the grocery store for a few things. I picked up some soda since one of the kids had asked me for it and sweet tea because... idk I just got the feeling it would be nice to get my roommate some. It turned out when I got back they were about to ask their kid to run to the store for some before I came back with it! Good timing! I got a big slice of cake from the bakery to treat myself. I'm not usually one for sweets and it was waaaaaaay sweet, but it was really good. It was dyed to look like a rainbow, so of course that was the perfect cake for my birthday! I tried looking for the impossible meat again, but this store didn't have it either... I just ended up buying a bunch of soups again lol

I was feeling too tired to do much else once I got home and put everything away, so I ate my cake (healthy meal.... yay) and I watched Grace and Frankie for a while and also started watching Hilda. They're both on Netflix. After that and vaping a little (the grassroots disposable vape I got is actually really good quality and I like the taste) I felt better again and decided to draw on my tablet. I love that I can just pick it up and go like I can with my sketchbook. The last thing I drew will be right there, or I can start something new. I think I need to adjust the pressure sensitivity or line thickness somewhat to get it exactly where I want it still, but for now I'm happy. Happy birthday, me, it was a shitty year and you made it through alive, you've earned this.

Today was a fairly social day despite not having any plans. I started off the day to my alarm going off. I almost forgot that it was Sunday, but I was right on time for church. I offered prayers for AJ's family and for my cousin and his wife who both tested positive for covid recently. I got messages throughout the day from people from church, friends, and family wishing me a happy birthday. I keep the number of people I have on social media pretty small so the little interaction I do get means a lot. One of my aunt's said something for me is coming later this month and that she found a bunch of pictures from when I was little and wants to share them with me. That's a little bit controversial because they would be pictures of before I came out as transgender, so I was glad that she asked first. I'm ok with it, they're pictures I haven't seen before though. I wonder if I'll remember what was going on in them...

All day I thought about starting to push out my sales for ebay, but I still haven't yet... I still have to go through my closet some more and thin out things I barely wear and finish filling up my donation bag. I wish that I could just get through one stack of things, one notebook page's worth of documented things (to keep track of how much I make for boring taxation purposes blah blah adulting)

At this point I'm just ready to go to bed. I'm tired and out of spoons. I guess I'll do some more time killing fun stuff like play Hacker's Memory or read or something. I haven't been reading as often as I should again lately.

shirt in the drawing is partially based on one im wearing crossed with this song which has been stuck in my head lately. 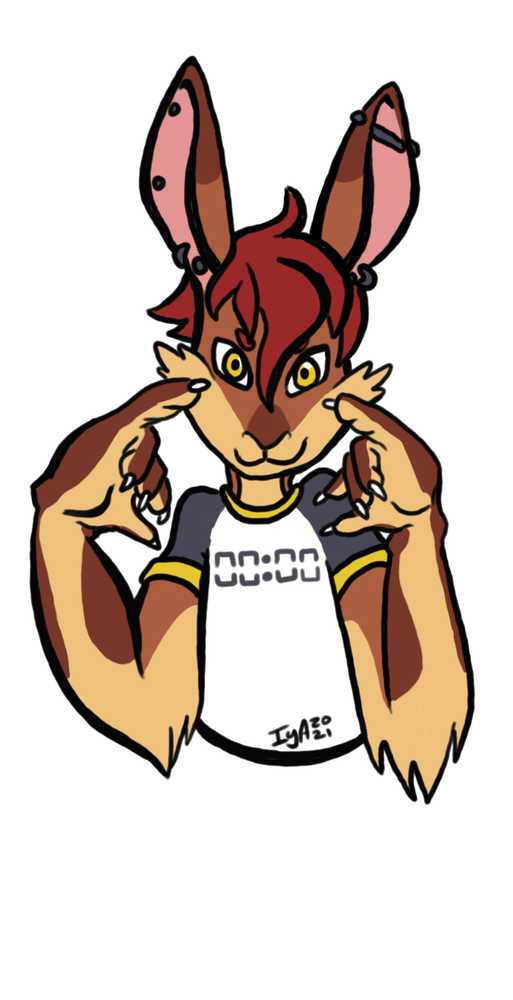 30 Years, woohoo! Happy Birthday! Hope your 30s are what you want them to be!

happy birthday! sounds like you had a good one, yay

@JustMegawatt @Achaius Thank you both! It was a pretty good day, just a bit tiring