The other day I decided to go to the emergency room. They ran all kinds of tests. My C-reactive protein levels were over 100 when the highest it should be is 8. That could just be from all of the inflammation, but it could also indicate things like cancer (I'm looking at you, liver)... A lot of my differential bloodwork came back lower than yesterday, which potentially means I'm getting worse. It also showed that my kidneys are slightly damaged. Like very early stages of failure damaged, just like my liver (damn this whole place be shutting down huh). Those things were never addressed, I just got the lab results back on my phone.

They poked and prodded my wounds too of course. They drained the abcess on my right arm to release pressure. Having even a minor surgery while awake SUCKS. I was injected with 5 local anesthetic shots around and in the center of the site, which hurt like fuck, then they used a #11 scalpel to cut and drain the wound. I avoided looking at it, even after it had been wrapped and they were changing the dressing. I didn't cry or anything, just said "ow, fuck" a lot lol. The injections hurt a hell of a lot more than the incision and squeezing out all of the pus... I swear all of these painkiller IV meds are made of liquid fire.

I forced myself to eat the mashed potatoes they gave me for dinner. They weren't bad, actually. I got about 4 hours of sleep.

I was woken up around 7am today by the head of the infectious diseases department. He asked when the last time I had anything to eat or drink was. Crap. That only ever means one thing.

I had to skip breakfast and lunch. I was started on a 4th type of antibiotic because my bloodwork came back positive for MRSA and another type of staph infection, more IV fluids, and pain meds since I've been at a solid 8/10 on the pain scale. It varies which arm hurts worse. It used to be the left because of placement and all of the inflammation in my elbow, but now that it's drained, the right side hurts a lot more. I hope that one doesn't need to be drained again...

I was scheduled to have surgery on both arms at 12:30 to drain and remove the gunk and infected bits from deep in the wounds so they would hopefully they stop oozing and infections. They actually came to get me about an hour early, after they had prepped me with an antibacterial scrubbing, swabbed my nose with these huge iodine qtips, and taped over my piercings so they wouldn't gather germs.

I was scared. I thought about being in the hospital alone and dying alone... I made a post about that and my family got really offended for some reason, saying it was insulting that I just wanted to give up and let the infection kill me because I don't see my life headed anywhere, despite the few people who are actually trying to help me. Is it selfish to be so depressed that I wish I wasn't around anymore...? My aunt said I should be grateful I'm even getting medical treatment.... like yeah, it was either I choose to go to the hospital which I'M going to have to pay out the ass for, or ignore it because I'm poor and need to focus on finding a home and would probably die anyway from how bad the infections turned out to be... Nice thing to say to your godchild... I really don't feel like fighting, especially with my family right now, so I was just like "Look, this isn't about you, I'm depressed and I'm scared."

I'm nervous because the hospital wants to keep me another 2-3 days at least. I still need to book a uhaul and lease a storage unit. Can't do that in here... If I miss my only date for that (the 8th) I don't know what I'll do... a couple more days is fine, but I won't be fully recovered when I leave. They want me on antibiotics for 3 weeks once they switch me over to the pills. The IV meds are stronger and more effective, which is why they're using those to get it under control first.

Tony came by around 4 to visit me which was a surprise, literally right after I got back in my room after surgery, so I was still a bit loopy from the meds they used to knock me out. It was a bit weird because the last thing I remember was how much that injection hurt, but I was out instantly. I woke up in an isolation room with a nurse who hooked me back up to all of the machines and took me back to my room eventually. I was surprised when she came back in shortly after to tell me that Tony was here. He's the only one with clearance to see me. I can only have one visitor due to covid and he's the only person around here I really want to see.

I was worried Tony only came by because he felt guilty about what I posted about being alone, but he said nah he just came directly from work to visit. He brought me pretty flowers in my favorite colors (green and purple) and we chatted and played words with friends for a while. He said I look really cute for having just come out of surgery, which made me feel better because I feel like I probably look pathetic. (Please tell me how cute I am, yesplease 🥺) Normally I hate people seeing me when I'm sick and weak...

Despite what Brittany had said to me about throwing my stuff out into the street, Tony said that Jena told him I can temporarily move my things to the basement if I need to for storage. That's nice at least. I did see them on the porch before I left and let them know I was going to the emergency room. I asked Tony to let them know I just went through 3 surgeries in a row... I don't know if it will change anything, but it's not a bad idea to let them know what's going on in case I do end up staying here for a while longer yet.

I was sad when Tony left. I wish we could have hugged, but between how painful my arms feel and how contagious MRSA is, despite the fact that I've been on antibiotics since friday, we decided not to risk it, but he said he thought about it. He let me go so I could eat, but I didn't actually end up eating until visiting hours were over anyway.

Waiting on pain meds and a nicotine patch now... since this morning and when I asked again after surgery. At one point last night I honestly just said fuck it and vaped in the bathroom because I needed something to calm me down (it's mixed with CBD) since they wouldn't give me my klonapin, ambien, vistaril, pristiq, or estradiol for some reason. Good thing I also packed my pill case because they always fuck up my meds here, but i took them too late after realizing they didn't give a shit whether i actually got my medicine or not so that's why I got really depressed and anxious.

Slowly regaining mobility in my left elbow and have full range of motion in my fingers and shoulder again, which is a good sign. Just trying not to put too much strain or pressure on it quite yet.

If this hospital is like the behavioral hospital, night meds should be in about an hour. I hope they don't wait that long to give me more pain meds but at this point it seems likely as it's now 20 mins til. I started writing this slowly from the time I got back from surgery so as not to strain myself too much. After I get my meds and the painkillers kick in I'm going to try to sleep as fast as I can so it doesn't wear off and I can hopefully get more sleep than last night.

Tomorrow they're going to open everything up and give it a look and I guess we go from there. If there's still pus, I may need surgery again and different antibiotics.

I'm just so tired of everything. Being sick all the time. Not being able to find an affordable place to live. People getting mad at me and not understanding why. It's just too much for me. I can't take it anymore... 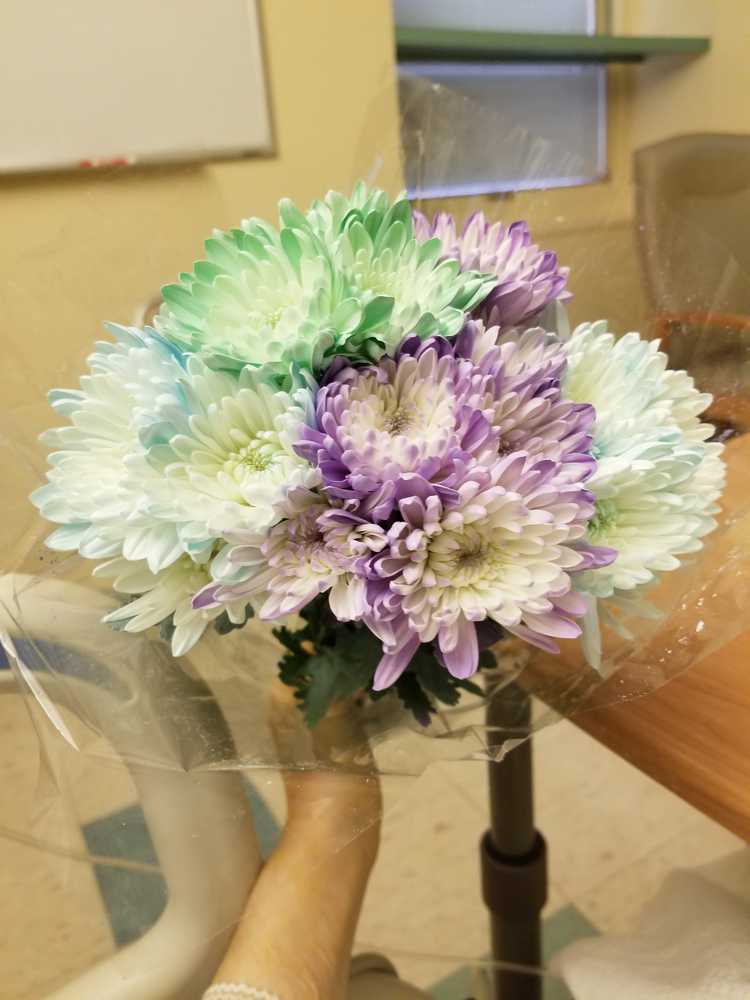 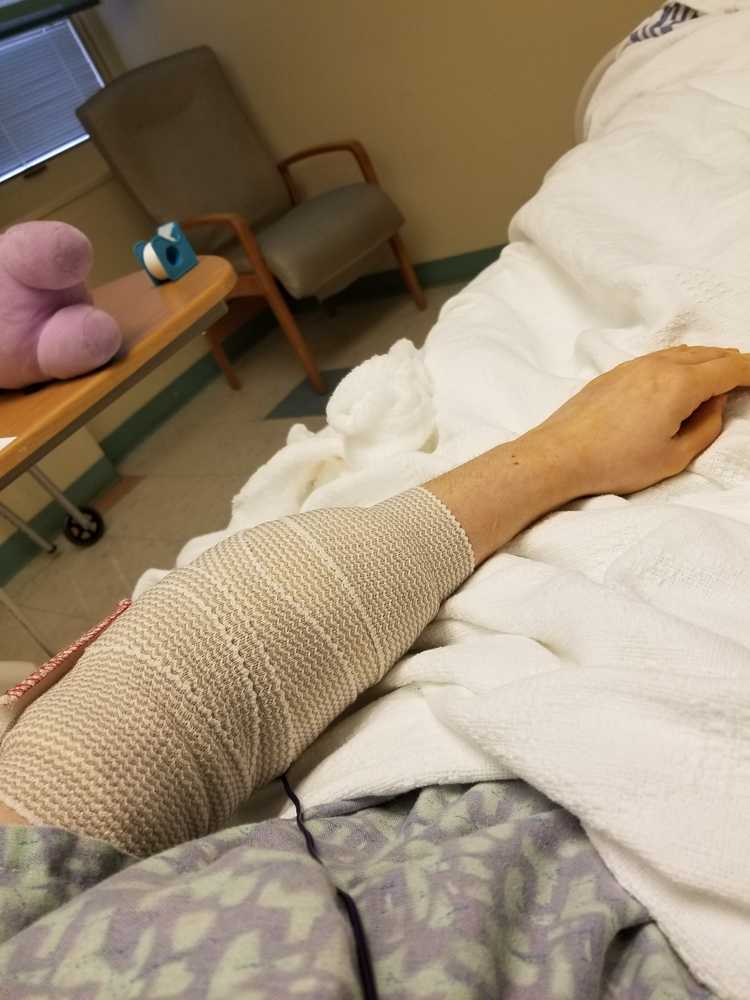 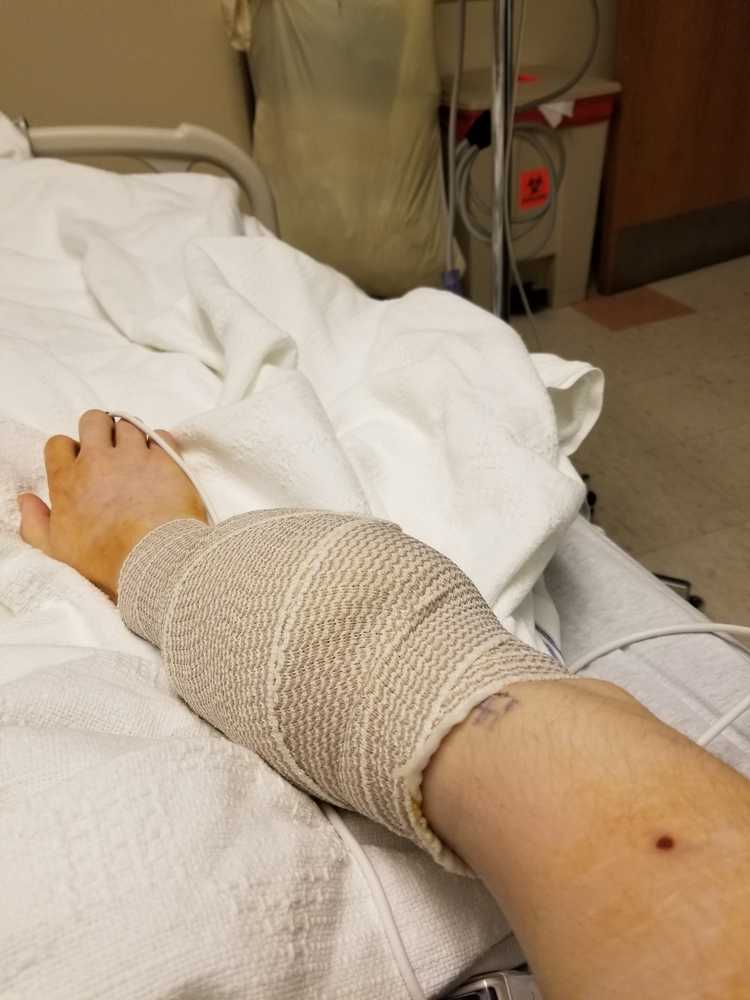 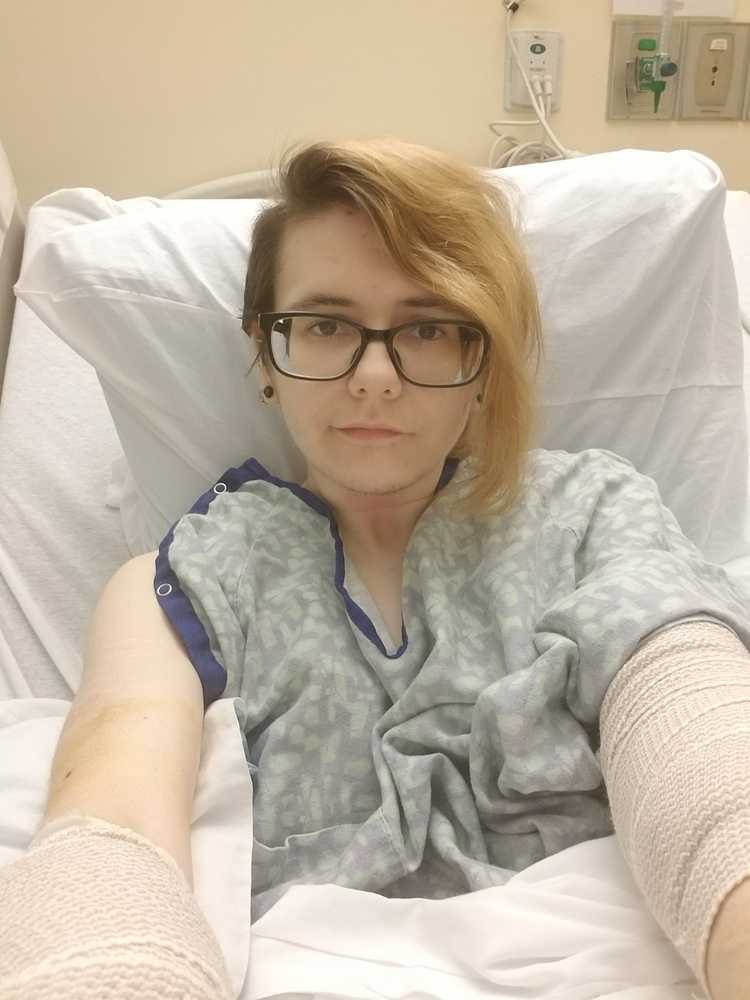 Wow it's really serious. Also yeah that's a good selfie, you do look pretty good, such clear skin and all.

@JustMegawatt Yeah, way more serious than I initially thought. They already checked the wounds this morning and said they look good so far.