Got in touch with a case manager at the hospital this morning and explained my housing situation. She's going to call around and see if any exceptions can be made to get me into a shelter (probably not...) She also gave me a list of low-cost motels around the area (unsure of the exact cost or if they do weekly rates. I'd have to call each one). She said that my doctor's office is actually very good and has their own case managers who may be able to help with this as well after I'm discharged, which I didn't know about.

I did tell her that I was considering going back to the behavioral hospital, but she said she's unsure of how long my insurance would allow me to stay there because I've already been in twice this year, and that it's very concerning that they never set me up with case management there to begin with. She wants to help me here while she can, because honestly that place is nnnnot the best. It's not the worst option though, either, I just know it isn't a long term solution.

Earlier the doctors were unsure if they wanted to switch me to antibiotic pills or keep me on the stronger IV antibiotics to reduce risk of reinfection (especially since now I have a new infection too from the antibiotics- fun side effect! Fantastic, killing off all of my beneficial bacteria like that! 🙃). Either way, it's a 3 week regimen, which would go past my eviction date. She did say that a rehab or nursing facility *may* take me in for my medical needs and I might be able to stay there while I finish treatment since I can not do my own IVs, but it's seeming more likely that they're going to keep me on the pills for simplicity, which means those places aren't an option.

I haven't gotten the chance to reserve a truck or lease a storage unit yet since I've been stuck in here. I can afford it, but this is a very difficult position to navigate from because I need to go to at least the storage place in person to check it out, sign everything, and set up automatic payments. I made a group chat to keep everyone who is helping me in touch and let them know I'm unsure of how soon I'll be released. I'm not sure if anyone who offered to help me would be able to do a day other than the 8th if I happen to miss that day.

The only person who responded was David, telling me he probably can't do the 8th now because he has to cover a coworker's shift that day. I feel bad for him- his roommates and now his coworker all have covid. He tested negative and quarantined already, but it sucks that it's hitting everyone around him so hard. I worry about him because of his heart condition.

This whole situation is very complicated and there is nothing I can immediately do about it right now, so I'm going to keep resting and focusing on my health, so I don't go making myself sick(er) with worry again. Just gotta relax and take things a day at a time and hopefully things will be figured out soon... So that's what I did today. Relaxed and chatted with @JustMegawatt for most of the day which was nice. I also got a sudden bouquet of flowers sent to me from the members of my church which was super nice. Now I have two bunches of flowers, one on each side of the room.

I did get some things done, I guess. I got that information from the caseworker, I bathed and sanitized my skin, had my linens changed, and started one of the new antibiotic pills they want to switch me onto. That seems to be going well so far. No side effects that I can notice. That means I'll likely be able to leave here soon.

I stayed up wayyyy too late last night. I think I was mostly just playing words with friends and reading. I was awake even though I took my night meds... So, being me, I reached for my bag and took an extra trazodone and forced myself to lay in the dark while listening to ASMR. That did the trick... a bit too well. Wake up time here is early, so when they came in to take vitals and give me my meds I was OUT. Apparently they asked me if I was in pain or if I wanted the pain medicine and I loudly went "NOOOOO!!!" and was still asleep 😂 Once it came time to draw blood I was up though and the pain kicked in.... so I asked for the meds I supposedly had just refused lmao

I was in a lot of pain yesterday and this morning. They put me on tramadol because the other stuff wasn't working or wasn't lasting for very long. That works a lot better. I was in so much less pain today! The IV site on my hand is sore probably from however I slept, but my wounds have mostly just been itchy now that I'm on a more effective medication. It's weird that the itching feeling is coming from inside of my body where the wounds are healing. Such a strange sensation without any way to relieve it.

Whenever I'm with him 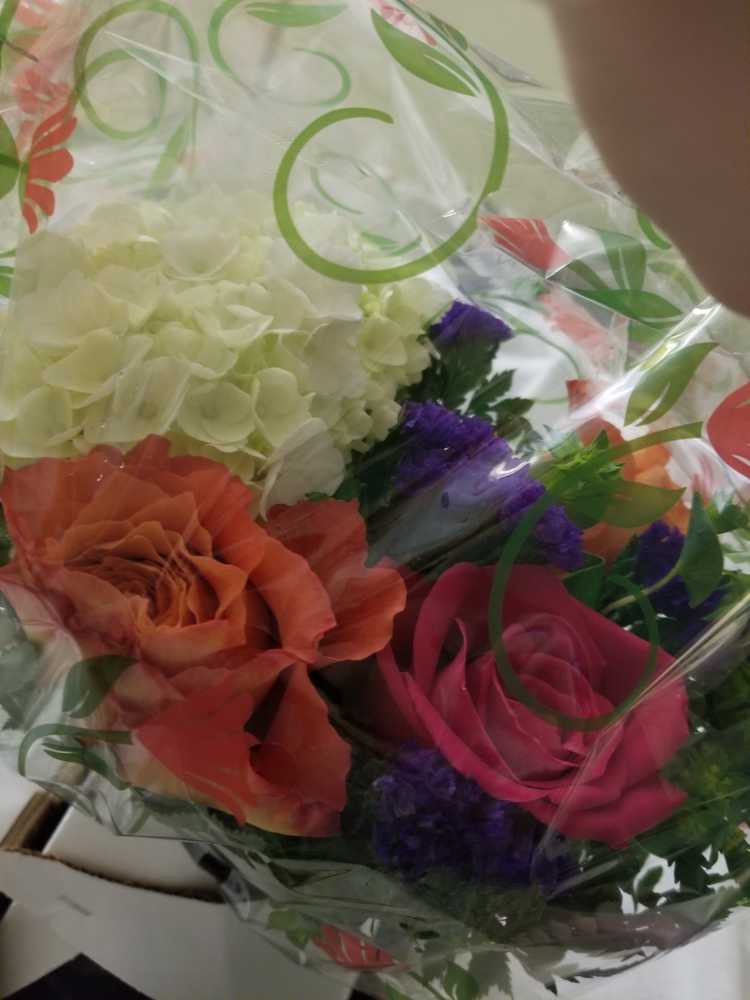