Welp, I already missed a day of daily journaling. Not even a week in, to.

Yesterday just got thrown for a loop. I woke up at 4am (second day in a row for some reason) but didn't get much work done. And then I got tired really early. I ended up lying down for a nap around 11:30am. That means I missed the phone call from the school and the multiple texts from my husband. I didn't wake up until he got home from work around 2pm. See, he was texting me because the school needed someone to come pick our youngest son up.

This is why we kept the kids home the last school year. It's only the second week of school (literally the seventh day, as my son pointed out) and already they're having cases of Covid. Of course, my poor kid had to sit there all day in the office, bored out of his mind because I didn't get the messages. He's supposed to isolate for ten days.

The thing is, according to the paper, he can go back on Monday. That's definitely less than ten days. We get an email any time a student/staff gets Covid. Tonight's email said the person infected was last at school on September 1 (the second day of school), so it's already been a week since my kid was exposed only the family just now thought to contact the school, I guess. Meanwhile, my kid has been wandering around our house where three other people aren't vaccinated (2 because they're lazy and don't care and one because he's only 2-years-old).

I have my son isolated in my room because he shares a room with his older brother (one of the unvaccinated). I don't think it really matters since he spent all week in the rest of the house so if he was exposed then we've all been exposed. But he's also not showing an symptoms. I mean, it could still happen, but I don't think it will. He gets to take today off and watch TV and then he goes back on Monday.

That's two days in a row we got calls from the school to pick a kid up. The day before was my youngest daughter because she was feeling sick to her stomach. I had to borrow my oldest daughter's car to go get her. That was a fucking ordeal because, one, it was out of gas (I have never driven a car with the gas warning light lit up), and two, the windshield was so dirty, I couldn't see a damn thing when driving into the sun (which was all the way home). I nearly hit some people in the road because I couldn't see. And the wiper fluid doesn't work (it's clogged I guess). She also never thought to leave some Windex in the car to clean her windows. She's been driving my grandson around like that. Ugh. I was never so happy to be home. Not to mention the car was gross because she doesn't believe in cleaning anything. Just piles of trash everywhere. Ick.

Not sure how much work I'll get done today with my kid in here wanting me to watch every YouTube video he sees, so I got up early again today. I'm going to end up needing a nap around 11 again. Should be a fun weekend with my new roommate. Ugh. 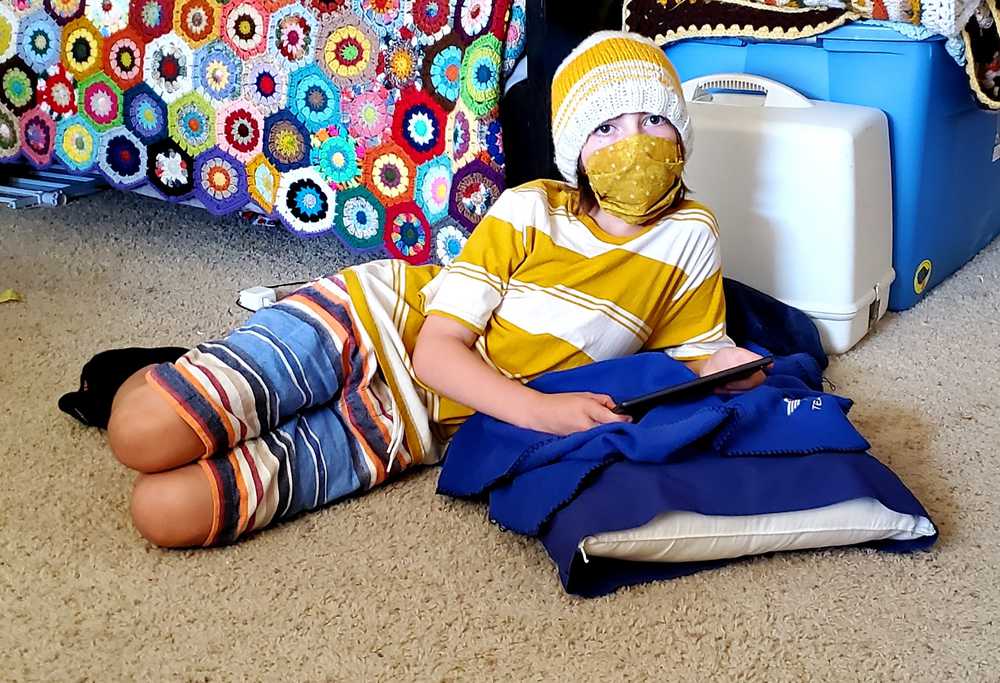