Another Bad Day With Chronic Illnesses

It's just been another one of those days. I woke up at 8:30am, feeling run down already. I knew from the moment I forced myself out of bed to go to the bathroom, that it was going to be one of those days where I just sat in my chair, depressed and unable to do anything. I didn't even have the energy to go make some coffee to try and perk myself up even a little.

I played on my phone a bit and tried to do stuff on the computer, but little got done other than an increase of pain in my head.

Around 11am, I decided to attempt coffee and lunch. Making lunch is exhausting as I've noted before. I had a turkey sandwich with a bowl of leftover minestrone soup and a small bowl of cottage cheese topped with grape tomatoes (a favorite snack). But getting all of that out, making the sandwich, warming the soup, getting the cottage cheese, etc, just wore me out. I didn't bother making the coffee--I was too tired.

Eating made things even worse. It all tasted great, but by the time I put the last bowl down, I could barely keep my eyes open. Any chance of doing anything productive was ruined at that point. Then my son came in to tell me about whatever he had been watching. He was bored because the computer downstairs got reset and he doesn't know the password to turn it back on. Neither do I.

He carried on for at least a half hour while I got more and more tired. I couldn't focus on what he was saying which just made me feel like an awful mom because I just wanted him to go away so I could lie down. I didn't even know what he was saying half the time because my brain couldn't process it all in the state I was in. Eventually, he decided to go find some lunch and left (probably more he noticed I wasn't really paying attention no matter how hard I tried).

I gave up trying to stay awake and around 12-something, I laid down for a nap. I used to enjoy napping, but I hate it now. It's a necessity because I physically can't stay awake any longer, but I don't wake feeling rested. It's a waste of hours of my day. Of course, not napping is also a waste since I can't do anything when I'm fatigued and drowsy, but I hate getting up from a nap feeling worse than when I laid down.

Which is what happened today. I'm not sure when I finally fell asleep, but I was woken when my husband got home around 3-something. My head was pounding and I was utterly exhausted. I would have stayed in bed if I didn't have to use the bathroom.

What makes it worse is that we were supposed to run to the store after he got home and try to find a birthday present for our youngest (the one that was bored earlier). He turns 10 in two days and we have nothing for him. And with the pandemic, we can't really take him to pick something out or go to a park or do pretty much anything. He's been stuck in the house since March with no one to play with.

But with how I was feeling, I knew there was no way I could go shopping. Instead, I just sat here, trying to wake up then decided to try and order something on Amazon for him. This gave me an even bigger headache. My dad had sent him $50 through paypal so I used that to get him two Five Nights at Freddy's books and some stickers and a LEGO set. It's not much. Hopefully, we can go to the store tomorrow but probably he'll just have to wait.

I didn't even know what to get him. The stuff I want to get him is too expensive or no one has any in stock (bikes are out everywhere). The stuff he's obsessed with isn't stuff you can buy in the stores. Ugh.

But at least he'll have something on his birthday (which is more than his sisters got on their birthdays earlier this year--one turned 20 a couple weeks ago and the other turned 15 in April... they only got cake and ice cream).

So, now it's 8pm, and my eyes are burning again. My headache is slightly better after I took something, but I just feel exhausted. Partly because I also just ate dinner.

I'm guessing tomorrow will pretty much be the same.

Also, today is two of my cats' birthdays. The oldest, Bellamy, turns 4, and the youngest, Silver, turns 2.

Since I shared a picture of Bellamy the other day, here's one of Silver. He's my big baby--follows me around the house like a dog, comes when I click my tongue, and sleeps next to my feet because he's too big to sit in my lap but needs to be close to me at all times. 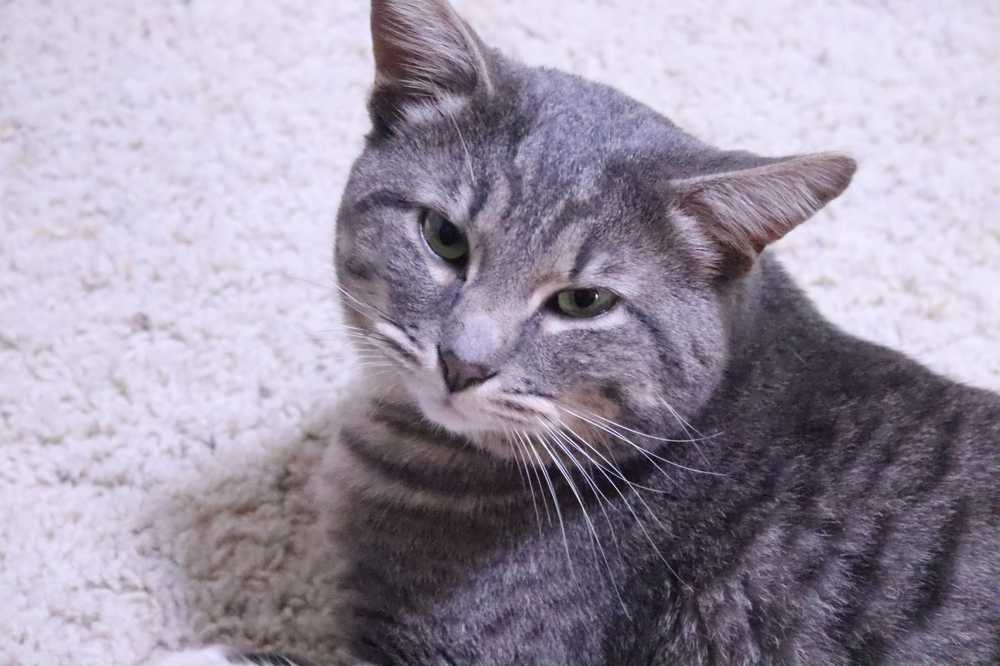