Today was a LONG day. Those kinds of days are good, it means a lot of events happened and I guess a lot of events happened today. I woke up this morning at around 5 AM, I had nothing to do for a few hours, I was waiting for the sun to come up so I could try recording a home tour video, so I just read and replied to @Iyazo this morning. They're going through some difficult times trying to find housing, and I offered some suggestions and ideas. Housing is the most expensive expense that most of us have, and it's quite hard to get. Anyway I read their posts and offered some hopefully helpful comments, until around 7 AM.

At around 7 AM the sun was up and I was ready to record a video. It's weird, I'm writing about this event at night, just around 15 hours later, but it feels like I recorded this video a month ago. This morning just feels like it was an eternity ago from right now. Weird. Our time is so temporary. Anyway. I recorded this video and it was so hard to do. I was so shakey and unready and it felt so weird and awkward. I feared I spoke too loud that my neighbours can hear me talking to the camera. It was hard to do the video, omg. So fearful and frightful.

I basically just went around my entire apartment and gave a tour of everything I owned and everything here. I look so fat and overweight and I had no idea what I was doing. Rewatching it now feels so cringey to me. Anyway these are just my honest thoughts of it. If someone else saw the video, they likely wouldn't think anything bad, but I'm an amateur at this stuff tbh and I was so scared to record.

So anyway it took me two hours to record the video, and here it is for your entertainment, it's an unlisted video, so it's not public and you can't watch it without the URL. But here it is, I am posting it for you (anyone reading this) to be able to watch it: https://www.youtube.com/watch?v=o6Mm-U1-5nA

I'm very afraid, but I'll likely upload a public version tomorrow. I'd appreciate any feedback, I'm open to your harshest comments. You know, I thought this stuff was gonna be easy to do, but it's not. I have no idea what to talk about or commentate on.

Work was alright today. I don't write about anything specific because I don't know if I'm allowed to. I could go all day about every exact thing I did at work and events that happened, but I don't know if some things are company-only knowledge or whatever, so I just write as vague as I can.

After work, hmm.. I was on YouTube mainly. I killed off a few hours watching random videos. The time just goes by so fast. I also did the video editing on my current video and uploaded it. My parents told me "show us the video first before you go around sharing it on Facebook", because they didn't want to see me embarrass myself. My dad watched it tonight and he said it was fine to share. My mom hasn't watched it yet though and I don't have her feedback.

Yesterday I was elated, on top of the world. I wrote about making that post on Habitica in my party chat about how elated I felt, to the number one party in the game, and I got +6 likes on my post, the most out of any recent posts there in the past month or whatever. So it got positive attention. Today though, I didn't feel so good. The morning was good. But after recording the video and watching the clips, I felt so drained of energy. It takes a toll on me to talk out loud like that to a camera. I have other videos in that channel, and it's the same story with each video, I felt so tired and drained after each recording.

Another thing that I didn't feel good about was Sarah not replying to my latest messages. So she took like 2 days or so to reply to my first message I sent her on, Thursday or Friday I think. I didn't get a reply until Sunday at around 4 PM, but at least the whole time I was waiting, the messages weren't marked as "Seen", they were just marked as Received, but not seen. So I wasn't feeling like, that bad about her not replying, because she hadn't even seen the message yet. I sent her just a basic greeting with no questions, and it was so cool she followed up with a greeting and a few questions so we could continue the conversation.

These latest messages I sent, I answered her questions and I sent them last night at around 10 or 11 PM, so around 24 hours ago now. She read them right away basically, like they got marked as "Seen" within 10 minutes or so of me sending them. And I sent decently long messages, not that long, but sort of, and I was getting more flirty with her. She might be in a relationship, but maybe not, so that's why I was more flirty. But I didn't get any reply even until now, and the messages were already marked as "seen" so throughout the day today I was just waiting for any reply. Maybe I was too forward? I'm just feeling a little lonely here, I'd like a girlfriend, even a long distance one. And I think her and I possibly match well? I dunno.

On a positive note at least, I beat the song "Angel Voices" in Expert+ today. I remember I would constantly fail within the first 10 seconds of that song, because even though there were only like 3 notes at a time coming up, the pattern to hit them was so awkward and unorthodox that I kept missing. You basically have to draw this blocky sideways triangle to hit the notes in the beginning, and it was so hard. A lot of people fail that part online because it's so awkward to hit. The entire song has that awkwardness throughout it, and it gets harder and harder. It's also a 6 minutes song, so halfway through you expect it to end, but it just keeps on going and the hardest parts are near the end.

But yeah I beat it today, and I was soooo proud. I beat it in offline mode though, so that score isn't save anywhere online. That sucks. Only that screenshot is proof I even completed it.

Anyway that was my day today. I have homework due on Wednesday, and I have 200 pages of reading to do. I haven't even started yet. I need to do that first thing tomorrow. 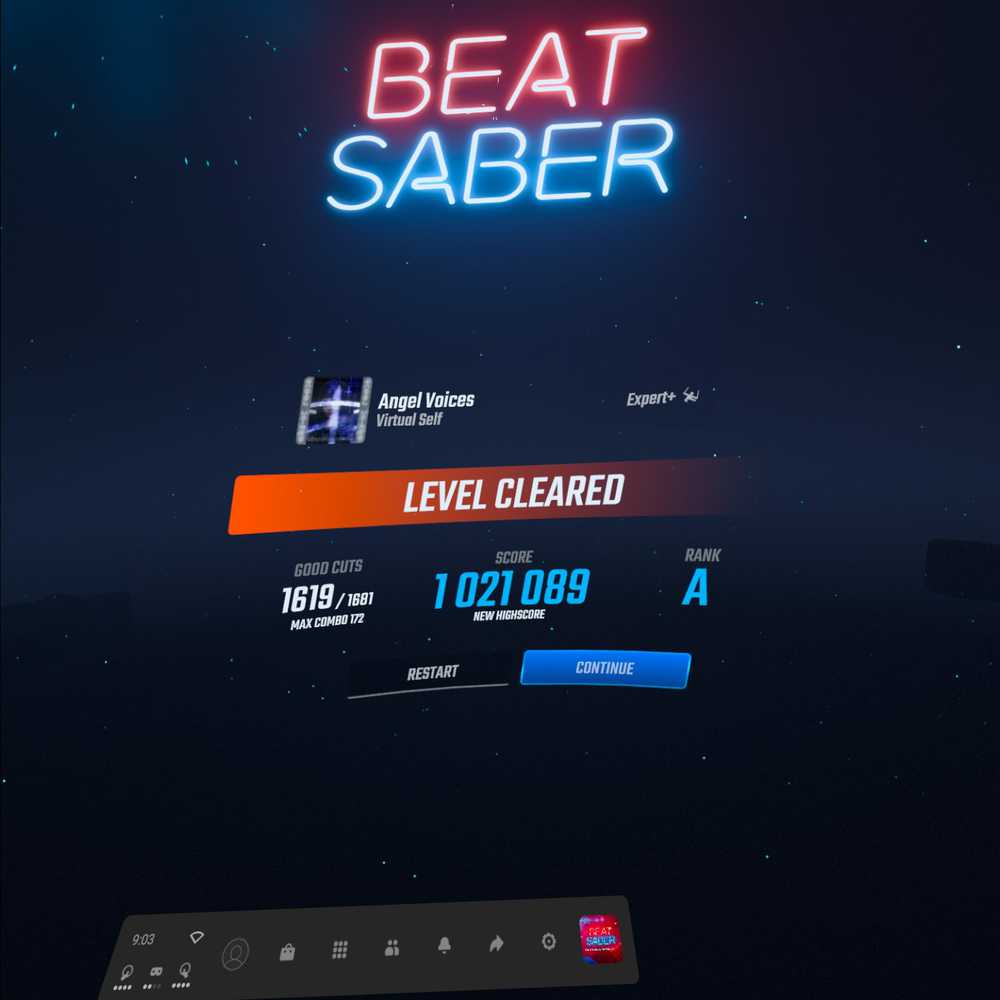 I always appreciate your comments. It gives me another point of view I might not have thought about on my own. About Sarah...maybe find out for sure if she has a boyfriend so you don't end up feeling too let down if she does. Don't get too hung up about when people reply. Sometimes I read my messages and I happen to be busy at the same time, but I get back to them later. It would be great if she is single and you both feel that you match well- good luck! I can relate to those feelings of loneliness. I wish I had some kind of supportive partner that I could rely on and talk to. It's difficult for me to open up to people like that nowadays. Maybe just as difficult for people to just shhhhhh and not worry about my gender if they find me attractive lol

By the way, I watched your video and your place is really nice! There was a bit of just nothing at the end of the video and the cuts were a little sharp at times, but I think you did a good job showing off your minimalistic lifestyle.

You're right, I don't even know if she's in a relationship. Her relationship status isn't visible to me, so I don't know. It looks like we have similar views and mission in life though, so we could possibly match well if she's single. Should I just ask her in a forward way? "Are you in a relationship?" lmao.

@JustMegawatt Yeah I had that once before, but like all things, it ended. Pretty badly. I don't know if I'll ever have a relationship like that again, honestly. Seems so hard to meet anyone new now that I'm not in college or anything anymore. It's even harder to find someone who accepts me as I am regardless of gender, who also shares similar hobbies and life goals...like most people don't go into something wanting a serious relationship, but I do, if I really like the person. Ends up with me getting hurt more often than not.

I mean you could ask her like that. Or you could just ask something a little more innocuous like "Does it bother you when I flirt with you?" and see how she responds to that (especially if that's when she seems to hesitate when responding). If you really want to know though it couldn't hurt to ask.