I've been in a reading slump for most of the year and I'm trying to sort out why. My general feeling is that it's fine to cycle hobbies. If I'm preoccupied with something else that I enjoy, that's cool, my books will still be waiting for me when I return. But if I'm not particularly doing anything else, and I'm just defaulting to not reading due to inertia and lack of energy, that's a problem that needs fixing.

Here, it's probably some of both. At the beginning of the year I was completely glued to Wolvden. Now I'm less glued to the game itself, but I still waste a lot of time in the chat as a mindless default activity, looking at people's wolves and having the same old conversations about t3s and lineage and speculation on the next event base. I really need to stop spending so much time in there.

Also, I feel like most of the books I've read this year haven't clicked with me. I'm not sure if I'm making poor choices or if it's a mood thing. The exception is Harrow the Ninth, which was magnificent and brilliant and I tore through it. Proof I can still get totally absorbed in a book. But aside from that: Warriors #1 and #2 were kinda bad, which was disappointing in light of how beloved the series is. These Violent Delights had a cool concept (Romeo & Juliet as rival gang heirs in 1920s Shanghai) but, I dunno, I stalled hard near the end of the book and have kinda soured on it in retrospect. The Loop was fast and fun but eminently forgettable.

And Phoenix Extravagant, the book I'm currently reading, is not grabbing me; I've been stuck on it for a couple weeks despite it being like a 150-page novella. It sounded really good. Mecha-dragon sidekick, yes please! But everything besides the dragon has been meh. The protag is a humdrum "relatable" (aka boring) everyman. (yeah I just called myself boring, wanna fight about it) The romance has zero chemistry and is a tad squicky because of the captor-captive element. I get why the protag would be attracted to the hot stylish swordswoman, but I cannot fathom what she sees in the protag.

tbh the book isn't that long and I need it for the Popsugar challenge; I should just power through. It uniquely fulfills the prompt for "book on your TBR with the best cover," so I can't sub it out for something else. 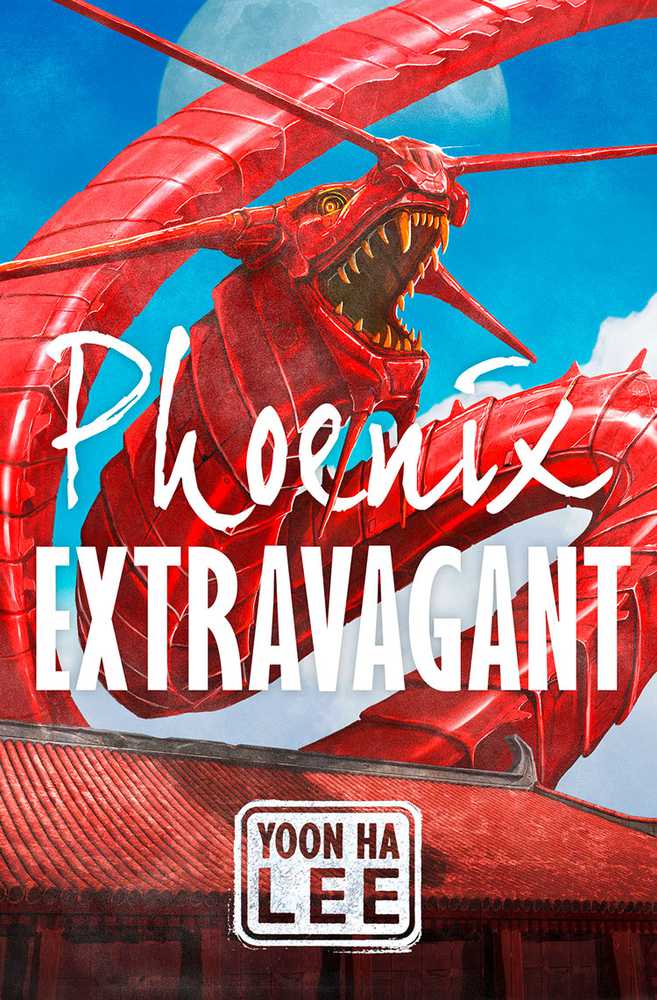 I need to get back into the habit of reading more regularly too once my life settles back down. While I was in the hospital a while back I started reading The Martian (I haven't seen the movie, I wanted to read the book first) and I was really tearing through it because I had so much free time then, but once I got home that came to a grinding stop as I've had to deal with everything else unfortunately. I'm hoping I get a chance to finish it soon and start up a new book before I put everything in storage. It's a really good sci-fi book. Phoenix Extravagant does have a really cool cover, but it does sound boring... These Violent Delights sounds like something I may be interested in reading in the future. Happy reading!

A lot of the books that are made into movies, are far better in the book version than the movie version. Lord of the Rings, Ender's Game, Ready Player One, Maze Runner, etc, I've not read them all, but I've heard their books are infinitely superior to the movies. Harry Potter is a good example, I've read all the books and watched all the movies, the books were so much better than the movies.

@iyazo I've heard good things about The Martian! I know things are really hectic right now but I'm hoping you get some time to finish it.

@JustMegawatt I usually like books better than their movie versions, but surprisingly, for the two most recent movies I've seen, I liked the movie better than the book.
- Annihilation: The movie took a LOT of liberties to the point where it was more like a loose remix/re-imagining of the book. But I liked the movie's emphasis on interpersonal tension/conflict among the crew, as opposed to the book which mostly involves the main character wandering around by herself in the wilderness.
- Mortal Engines: I thought the book was pretty bloated and also not that well-written, while the movie streamlines things immensely by condensing the timeline and cutting out unnecessary sideplots. So I liked it. Though my friend who hadn't read the book thought the movie's plot was really confusing/unexplained, so maybe it only worked for me because I read the book first.

@Achaius Mortal Engines looks great, though to me it doesn't make any sense. It would take an enormous amount of energy to move those castles around, I can't fathom how they'd do it. Looks like a great movie and plot though, other than that energy bit.

Books are so fun to read, they give you a perspective and understanding of the plot and characters that you don't get from movies. Books describe what the character is thinking and why they behave the way they do, whereas in the movie they're just doing whatever on screen. Although the action is there in the movies, there's so much more context in books which makes it more fun.