the bread war (and food journals)

There was a piece of bread in the parking lot. A seagull landed next to it, took his time scanning for danger—that dude patrolling the balcony, is he a threat?—then finally started eating.

Seconds later, a shrieking dervish descended upon the parking lot. It was a second seagull, hungry for bread. A furious fight/chase scene ensued. Eventually, as one of the gulls was attempting to flee with the bread in his beak, the bread tore, and half of it fell on the ground. The other gull stopped his pursuit to grab his half-meal.

That wasn't the end of the matter; after both seagulls ate, they immediately went back to shrieking and posturing and hurling recriminations across the parking lot. A good compromise leaves everyone mad.

Unrelated: Here's a couple recent food journal pages. As you can see, I try and count calories, but I'm pretty inconsistent - it's tough to figure out portions/servings when doing my own cooking. I also don't know the difference between May and March. 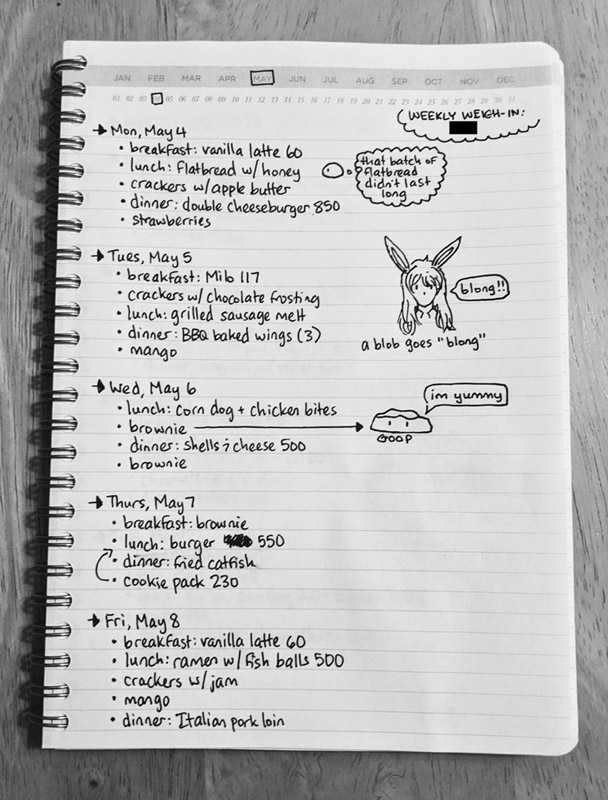 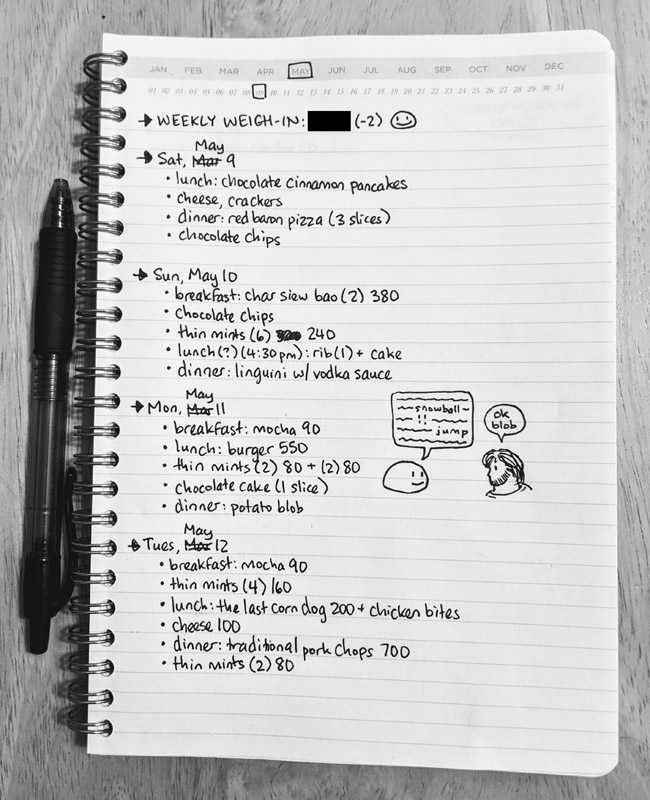 I love the little drawings in your food journal!

Hey, now I'm commenting here, love your journals!!! I wish I had better calligraphy, that's why I use mostly todoist and Evernote jajaja love typing.
I wanted to know, how do you plan for this, I'm close to moving from home and I'd love to have something like this. I lived alone before but it was for a short foreign school program and, while I thought I was organized, now that I see it was a mess the food part. I love to cook so I get carried away. Would be awesome if you make an entry just for your foor journal!!! Great content! Cheers

@Cayst @johanam Thanks guys! I don't actually do much meal planning, I'm mostly spur-of-the-moment, but I make sure to write it all down. It helps a lot with cutting down on snacking because I know I'll have to write it down.